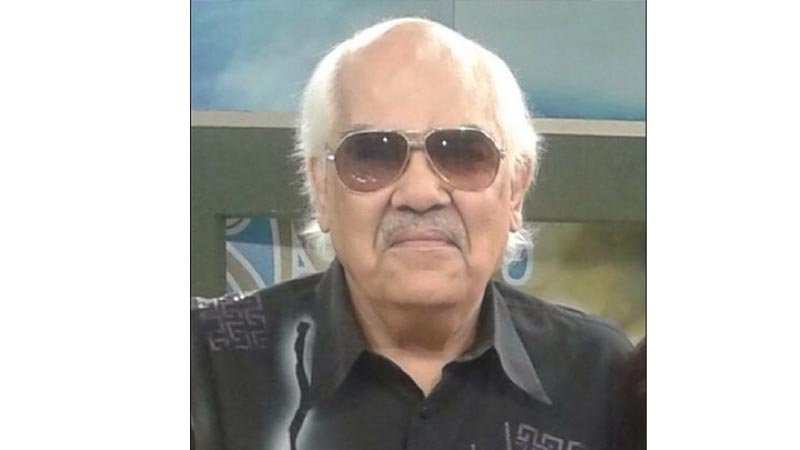 Raju Jamil is a figure associated with the Pakistani drama industry ever-since its inception, and unlike many other veteran actors, is well-informed about the facts and figures of Pakistan’s drama productions.

He possesses a good memory and is therefore still an authentic source when it comes to the analysis of television projects. His confidence in his knowledge renders him a bold person who never shies away from telling people where their research has gone wrong.

The same happened on the 20th of January, 2020 when Raju Jamil’s tolerance reached its limits regarding the hype that has gotten associated with ARY Digital’s popular drama serial, “Mere Pas Tum Ho”. Written by Khalil-ur-Rehman Qamar and directed by Nadeem Baig, the serial has garnered immense popularity and is being considered the most popular production in the history of Pakistani television drama, one of the proofs being that its last episode to be screened at cinemas has also resulted in successful accumulation of money through advanced booking.

However, Raju Jamil took it to social media with the view that channel owners’ claim that “Mere Pas Tum Ho” is the most famous serial of Pakistan is inauthentic and ensues from a lack of research. Asking people to get their facts straight, the actor told how in the past, Haseena Moin’s tragi-comic serial, “Uncle Urfi” gained so much fame that if one is to recall the hype that was unleased back in 1975, “Mere Pas Tum Ho” won’t stand anywhere near. He specifically used the term “peanuts” to compare the hype of PTV’S “Uncle Urfi” with that of ARY Digital’s mega project. He said:

“Haseena Moin penned and Mohsin Ali and Shirin Vaqar directed mega serial of 1975, “Uncle Urfi” and its last episode which had to decide what would happen with the protagonist, Bina, performed by Shehla Ahmed, remained the talk of the entire country for full four weeks in every household. Haseena Moin, Mohsin Ali and Shirin Vaqar had stopped taking calls on PTV. Operators like Razia, Mrs. Shroff and Rubina had gone bonkers. Some of us cast members found it so hard to stop by at juice outlets for gupshup over our favourite juices. Shakeel, Khalid Nizami, Haseena Moin, I and others were literally mobbed by people by my car windows asking what would be the end of “Uncle Urfi”. Would Bina marry Uncle Urfi or not? Will she run away? But, till the last minute of the last episode, no one in the country knew the end, which as you all from that era know, was Bina’s suicide.” This comment seems to have come after observing how the entire country is curious to know what will happen to Mehwish from “Mere Pas Tum Ho”. Will she be forgiven by Danish or not?

Raju Jamil maintains that it is wrong to say that “Mere Pas Tum Ho” is first such serial to come out of Pakistan.