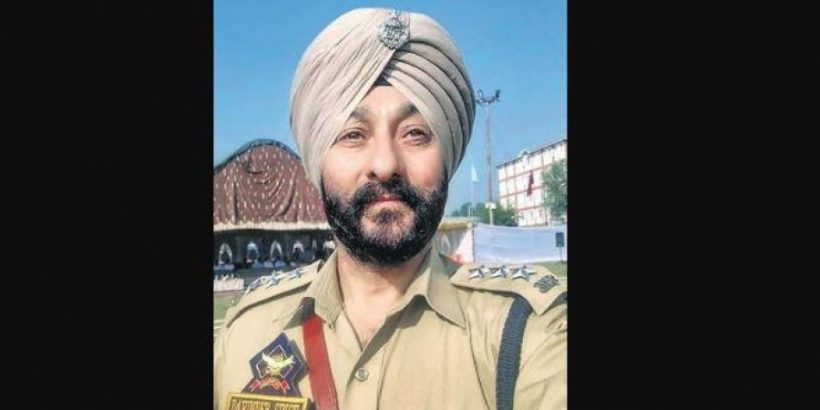 SRINAGAR: A senior Indian police official posted in Indian occupied Kashmir (IoK), who was arrested on Saturday for allegedly transporting arms and Kashmiri freedom fighters, had taken 1.2 million Indian rupees to take the fighters to Delhi, Indian media has reported.

The J&K police arrested Singh as he was ferrying wanted terrorist Syed Naveed Mushtaq, who is a military commander of the Hizb-ul-Mujahideen, and another militant. On Sunday, inspector general of the J&K police Vijay Kumar said that they had also recovered three AK -47 rifles and five grenades from Singh’s residence.

According to a source in the J&K Police, Singh’s track record as a hardened counter-insurgency man came to his rescue every time his name was caught in controversy, despite his reputation of “being corrupt” and not someone to be trusted.

“It cannot be denied that he was a good hand when it came to operations, but everyone knew that he had been making money through extortion. He was not an upright officer,” the source said.

The police added that the only gallantry medal awarded to Singh during his service was by the erstwhile J&K State on Independence Day in 2018.

“It is to clarify that Deputy SP Davinder Singh is not awarded any Gallantry or Meritorious Medal by MHA as has been reported by some media outlets/persons,” Jammu and Kashmir Police said in a tweet.

Mushtaq, who was arrested with Singh, was also a member of the Jammu and Kashmir police until 2017, two senior police officers told Reuters on Sunday.

Police officers said they believe Mushtaq was involved in the killing of 11 apple traders, drivers and labourers last year.

Reuters news agency said it was unable to contact Singh, Mushtaq or their representatives for comment. Hizbul Mujahideen has not publicly commented and could not be reached.