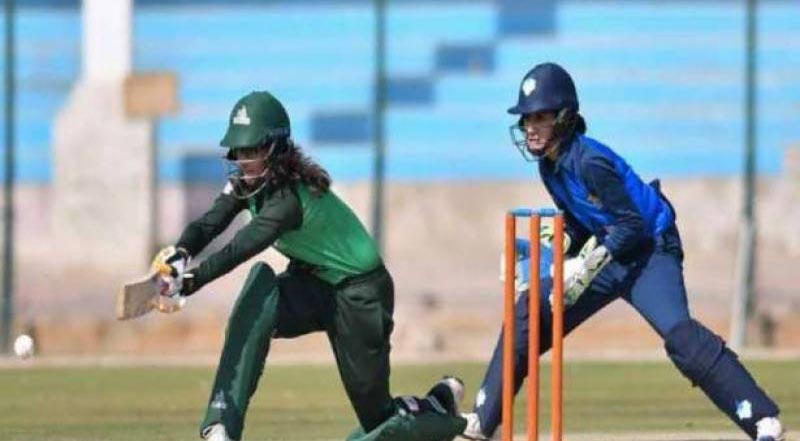 A 121-run stand for the second-wicket between Muneeba Ali and Bismah Maroof led PCB Challengers to an eight-wicket win over PCB Blasters in the fifth match of the National Triangular T20 Women’s Cricket Championship at National Stadium here on Monday. Challengers chased down a 125-run target in 17.1 overs as Bismah, the captain of the Challengers, top-scored with an unbeaten 62 off 47 balls. The Pakistan captain cracked eight fours and was named player of the match. Muneeba followed up her 108 with run-a-ball 56, which was studded with seven fours. After Challengers’ lost Ayesha Zafar (0) without any runs on the board, the two denied any further inroads to the opposition bowlers and set up a comfortable win for their side. For Blasters, spinners Anam Amin and their captain Rameen Shamim picked up a wicket each for 22 and 23 runs respectively.

Earlier, Blasters, after winning the toss and opting to bat, scored 124 for five in 20 overs on the back of Javeria Khan’s 67. The opener smashed 10 fours in 63 balls and stitched a 59-run partnership for the second-wicket with Javeria Rauf (27). Syeda Aroob Shah, Fatima Sana and Nida Dar took a wicket each for Challengers. In the last group match, Challengers play PCB Dynamites on Tuesday at the National Stadium.