The Soleimani assassination: beginning of a new global conflict?

World War III is reallyknocking at the door as the news erupted of growing tensions between the US and Iran. The internet started trending World War III after Iranian general Qassem Soleimani was killed in a US airstrike near the Baghdad airport. The attack was conducted by an American drone, it was officially confirmed by US and Iranian sources. The American airstrike is the leading indicator of war, and the recent pugnacious sentiments could precipitate a major conflict in the region. 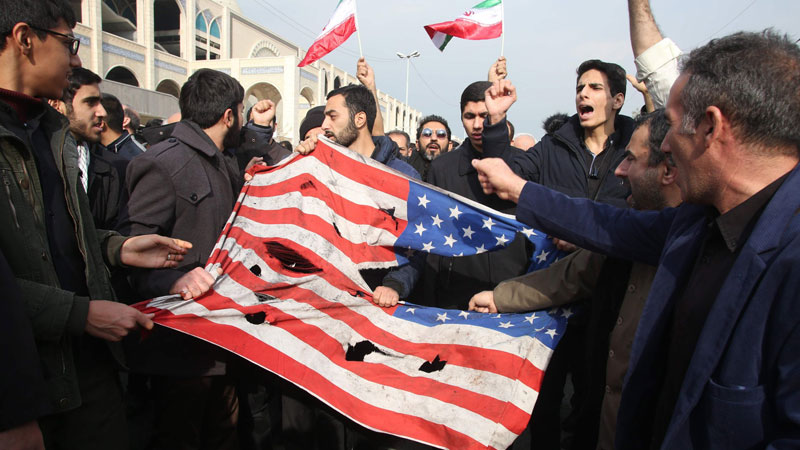 Pentagon has already confirmed the demise of General Soleimani, the head of Iran’s elite Quds Force, and Abu Mahdi al-Muhandis, the deputy commander of Iran-backed militias, commonly recognised as the Popular Mobilisation Forces.Both were killed by an MQ-9 Reaper drone in a deadly strike at Baghdad’s international airport. The attack may be a potential turning point in the Gulf crisis and is anticipated to draw severe retaliation from Iran. This is a dangerous escalation that could lead to another disastrous war in the Middle East. The situation is becoming tense and the fear of war has intensified between the two countries.There is also the apprehension what the shape of this burgeoning conflict would look like.

Iranian President Hassan Rouhani has vowed that Iran would “take revenge” following Soleimani’s death. Tens of thousands of people thronged the streets of Tehran; people have started protests to demonstrate their anger after the US strike slayed Soleimani. The Twitter handle of President Rouhani articulated:”The flag of General Soleimani in defence of the country’s territorial integrity and the fight against terrorism and extremism in the region will be raised, and the path of resistance to US excesses will persist. The great nation of Iran will take revenge for this heinous crime.”

Is the outrageous attack the beginning of the war or would the world be witnessing a clarion call by Iran?

In 1998, President Clinton ordered a “strong sustained series of airstrikes” against military and security targets in Iraq. He unequivocally defended the attack as unavoidable

On December 19, 2019, BICOM, UK-Israel think tank, predicted that the Arab countries surrounding Israel would descend into chaos. Less than a month later, thesecurity conditions are deteriorating andthere are possible upheavals in the region.There are many ways in which the Bill Clinton and Donald Trump scenarios can be compared.

The recent attack in which a top Iranian commander is killed is a major escalation in regional tensions that have pitted the infuriated Tehran against Washington and its allies in the Gulf region.

There is a news clipping on social media; it is a New York Timesheadline of 1998: “Impeachment Vote in House Delayed as Clinton Launches Iraq Air Strike, Citing Military Need to Move Swiftly.” The story is being widely shared; that Trump’s military action like Clinton’s is an attempt to divert the attention of the public away from the impeachment. At that stage, the term “wag the dog” was used to explain the phenomenon that purposely diverted attention away from a political scandal; in this case too, it is impeachment.

On December 18, 2019,Trump became only the third US president in 240 years of American history to be impeached by the House of Representatives, formally chargedwith abuse of power and obstructing Congress. Clinton was the last one to have encountered that fate on December 19, 1998. On February 12, 1999, the trial of impeachment continued for five weeks and reached the conclusion with the Senate voting to acquit the president from obstruction of justice and lying to a grand jury. Ultimately, it took almost two months in the acquittal process with the support of some Senate Republicans. Now, Senator Mitch McConnell, the majority leader, is setting the same path and pushing for a similar outcome for Trump.

Clinton, the 42nd president of the United States of America (1993-2001), was publicly accused of sexual assault. The misconduct case surfaced from his extramarital relationship with a White House intern, Monica Lewinsky.

The impeachment inquiry ofTrump is more directly related to his official duties. Trump is indeep trouble forblocking the aid to Ukraine. The allegation is of withholding nearly $400m in American military aid to Ukraine in an attempt to pressurise its president Volodymyr Zelensky to launch investigations against Joe Biden, Trump’s potential political archrival in the 2020 presidential election. In addition, it is to implicate his son Hunter Biden and the company CrowdStrike.

In 1998, President Clinton ordered a “strong sustained series of airstrikes” against military and security targets in Iraq. He unequivocally defended the attack as unavoidable.

In the Morning Joe show on MSNBC, host Joe Scarborough has drawn some of the parallels between now and the military airstrike ordered by Clinton in 1998: “While some may argue that Clinton was attempting to wag the dog by launching an airstrike on Iraq during impeachment proceedings against him, the strategy ultimately didn’t work. Clinton was impeached just two days after the military strike of Iraq. Trump, on the other hand, was already impeached when he ordered the killing of Qassem Soleimani. However, the airstrike occurred the day before the US Senate re-convened to begin discussing his impeachment trial.”

President Trump made it clear that he was not seeking a war with Iran or “regime change”. It is not difficult to understand the political motivations of Trump; his administrative arm, the department of defence, said in a statement that Trump ordered the killing because “General Soleimani was actively developing plans to attack American diplomats and service members in Iraq and throughout the region.”

The Trump administration is attempting to single out a ‘terrorist’ and an image is being painted of an axis of evil. It is to hold the Iranian regime responsible for terrorist activities in the region. Vice President Mike Pence has tried to paint a sordid picture by implicating Iran in the 9/11 terror attacks, and he has come up with his conspiracy theory to justify the Soleimani killing. Pence was tweeting about the US military’s action and ultimately, defending the president’s decision to authorise the drone strike that assassinated Iran’s top intelligence commander. Speaker Nancy Pelosi said that initiation of hostilities was carried out without an “authorisation for use of military force.”

The murder ofSoleimani may prove to be very significant in regional politics; risks have intensified for the possibility of dangerous escalation of violence in the region and would bring massive retaliation. Iran has vowed to take revenge and may have a sudden response. The current confrontation has the potential to be one of the worst and brutal conflicts in history.

Historically, both the US and Iran have never fought wars on their native lands. Iran has threatened to retaliate and could use proxy groups to attack; this may spark further proliferation in the region. Iran has substantially stepped up its activities across the Middle East to muster support.

It is not hard to understand what the Trump Administration is trying to push. Trump is seeking a second term and the threat of impeachment looms closer. The popular opinion cannot be ignored that suggests that Trump is the most corrupt president in American history; what the nation needs isa moral moment not a political rigmarole.

Itis worth pointing out Trump has repeatedly been claiming that Barack Obama wanted to commence a war with Iran for political motives and that it was one way to beef up political support to get re-elected. Twitter is an integral part of Trump’s communication platform; he tweetedon November 2011, “In order to get elected, @BarackObama will start a war with Iran.”

The grim reality of conflict hovering over the Middle East, escalating tensions between regional and global powers, and ever-increasing threats of global terrorism have led to increased apprehension and may give rise to large-scale threats of global war.The assassination of Soleimani is most likely to trigger a dangerous escalation of the conflict between Iran and the US.