What Pak-India trade has on the table for both countries?

Relations between India and Pakistan have always been at an ebb due to a plethora of historical and political events. The aftermath of two major scale wars, countless accusations of espionage by both countries on international platforms and cross-country political turmoil has left the Indo-Pak trade as a hit or miss affair for both countries nowadays. However, it is to be noted that if relations between Pakistan and India could improve somehow, the relative boost in the economy in both countries would turn these countries into an influential trade hub.

India has somehow developed into an industrial and technological hub. Many multinational countries have considered India as the heart of their business and trade nowadays thanks to the obvious fact that it boosts a herculean population of over a billion people. This just makes India a pre-eminent leader in bringing forth technological and economical advancements throughout the globe. Pakistan, on the other hand, will soon enjoy those aspects that India always dreamed of having–an economical corridor that stretches from Karachi to China and central Asia. The China-Pak Economic Corridor’s potential impact on Pakistan has been compared to that of the Marshall Plan undertaken by the US in post-war Europe, which just comes to show how integral this trade route is going to be. If Indo-Pak trade could begin, both countries could take advantage of the trade route, thus, increasing the overall GDP per capita of both countries. 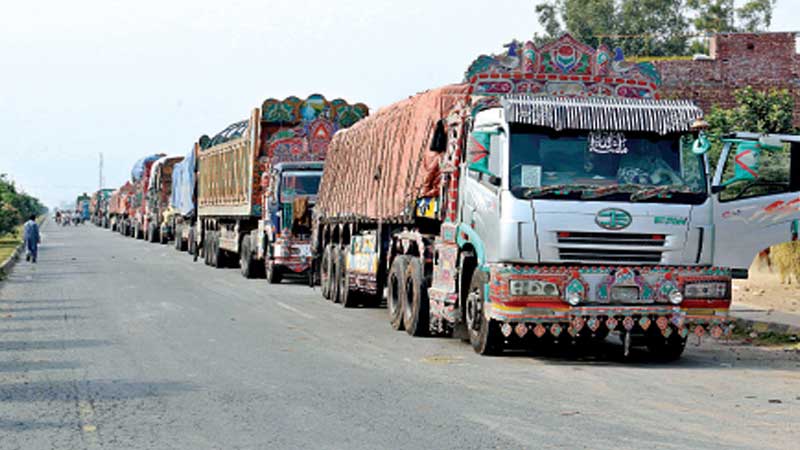 Nowadays, trade across direct routes between India and Pakistan has been curtailed formally so the bulk of India-Pakistan trade is routed through Dubai. This has proved to be quite cumbersome and time-taking but also a more expensive approach to direct trading. Trading via Dubai causes extra shipping costs and taxes to be applied, thus, making the products even more expensive. Nowadays, when inflation has become the norm in both countries, it is a must that direct trade should be considered.

Trading via Dubai causes extra shipping costs and taxes to be applied, thus, making the products even more expensive

Bilateral trade between both countries amassed just about 2.4 billion dollars in the year 2017-18; just making a measly 3.2 per cent of Pakistan and 0.31 per cent of India’s international trade. However, the World Bank suggests that the Indo-Pak trade has a potential of a staggering 37 billion dollars worth and this could eventually mean a gargantuan increase in economy, were they to start a full-scale trading effort across the borders. In the past, the main items that Pakistan exported were fresh fruits, cement, petroleum products, bulk minerals and ores and finished leather and the major imports in India included raw cotton, cotton yarn, chemicals, plastics, manmade yarn and dyes. Now is the time when India and Pakistan should initiate an all-inclusive trade across the borders for all their major exports and imports as trading between the borders means lower taxation and more affordable transport costs. This would also help the inflation as the prices of many goods in both countries might settle down. It is also worth noting that according to the World Bank, Pakistan had been outperforming India in economic growth in the first three decades after independence. In the 1950s and 1960s, India’s growth hovered around two to three per cent annually while Pakistan grew at around five to six per cent, with a per capita income significantly higher than India’s. Since the 1970s, while India was able to improve its growth rate, Pakistan’s growth had a downtick.

The outcome of decades of belligerent and pugnacious relations and fractured trade between India and Pakistan has brought forth a “trade lunacy” that involves Pakistan importing far more vegetables from Indonesia, sub-Saharan Africa, far-off Canada, the US, Brazil and Australia than its imports from next-door neighbour India. Pakistan does not feature among India’s top 35 exporters and importers. On the other hand, India does not feature among Pakistan’s top 10 exporters but stands at the seventh place in its list of top 10 countries from where it imports. Yet, that seventh position can just fool the average onlooker as the imports from India are a laughable amount compared to Pakistan’s top five exporters with the bulk of the trade done between China, European Union (EU) and United Arab Emirates (UAE) respectively. China accounts for around 17 per cent of the total trade followed by the EU and the UAE with 13 and 11 per cent of the total trade. This puts these three countries miles ahead of India in terms of the overall trade with Pakistan despite being direct neighbours. If India and Pakistan were able to increase the paltry three per cent of the overall trade between them, the economy of both countries would have skyrocketed sequentially where Pakistan could have a drop in the prices of many imports while India received valuable trade routes for its economy to flourish as well. Pakistan is facing very expensive imports nowadays albeit the result of the depreciation of the Pakistani rupee to rock-bottom. It is during this time that Pakistan should take advantage of the more affordable Indo-Pak trade between the borders if it has to stop its rupee from depreciating even more.

Pakistan is geographically located at a strategic position between India and the energy-rich Gulf. It is a vital land link between South Asia and Central Asia. If Indo-Pak relations are friendly, or at least trade-friendly, the entire region stands to gain. If India wants to boost its economy, both countries should engage in trade again and reestablish the trade ties that were curtailed due to political indifferences and India’s BJP government. This will help the two countries not only boost their GDP but also develop cordial relations on the international platform.