Govt decides to file reference against Justice Seth in SJC 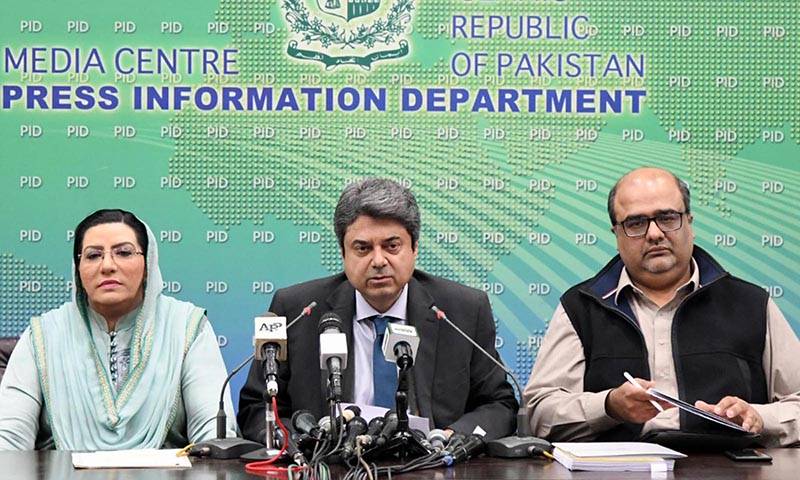 The government has decided to take legal action against Justice Waqar Ahmed Seth over his controversial observation in the detailed judgment of the high treason case sentencing former military dictator Pervez Musharraf to death.

Federal Law Minister Farogh Naseem told a press conference that the federal government has decided to file a reference at the Supreme Judicial Council against Justice Waqar Seth for his observation in paragraph 66 of the case. “He has written that we direct all law enforcement agencies to arrest Musharraf and punish him according to the law. He has further written that if he is found dead, his corpse be dragged to D-Chowk and hanged for three days,” said Naseem. “I do not understand what need the judge had to give such an observation,” he said, adding that Justice Waqar is ‘mentally unfit’. “By giving such an observation, Justice Waqar has proven that he is mentally unfit,” said Naseem. “I would like to request the Supreme Court to stop the judge from working.”

The law minister raised a question on the judge’s ability to discharge justice in light of his observation of paragraph 66. “He is incompetent and should be restrained from discharging any administrative or judicial duties immediately. We will move this reference with the Supreme Judicial Council very soon,” he said.

The government also decided to file a review petition with the Supreme Court for setting aside the verdict given by the Special Court against former president Pervez Musharraf in the high treason case. The government has a serious concern over the mode and manner of the trial, and the way it concluded in haste ignoring procedural and constitutional flaws, Special Assistant to Prime Minister on Accountability and Interior Barrister Shahzad Akbar said.

Flanked by Special Assistant to Prime Minister on Information and Broadcasting Dr Firdous Ashiq Awan, he told media that the government is deliberating upon the reasons for the hasty conclusion of the case. The rushed manner in which the case was wrapped up negates the spirit of criminal jurisprudence, he added. “Trial in absentia cannot be conducted and it has never happened in the history of Pakistan,” he remarked.

He said the federal government, and the Lahore and Islamabad high courts pointed out that there are serious procedural and constitutional issues that need to be rectified, but the same were totally ignored by the Special Court. He said it is the responsibility of guardians of law to create harmony among the state organs but ‘unfortunately the author of para 66 committed a suicidal attack on his own institution’, which has embarrassed the whole nation. It is totally in contravention to the country’s constitution and the international laws, he said. The decision has not only damaged the judiciary’s reputation, but also raised questions on its credibility as the constitution mandated the judges to interpret the constitution and implement the laws, he added.