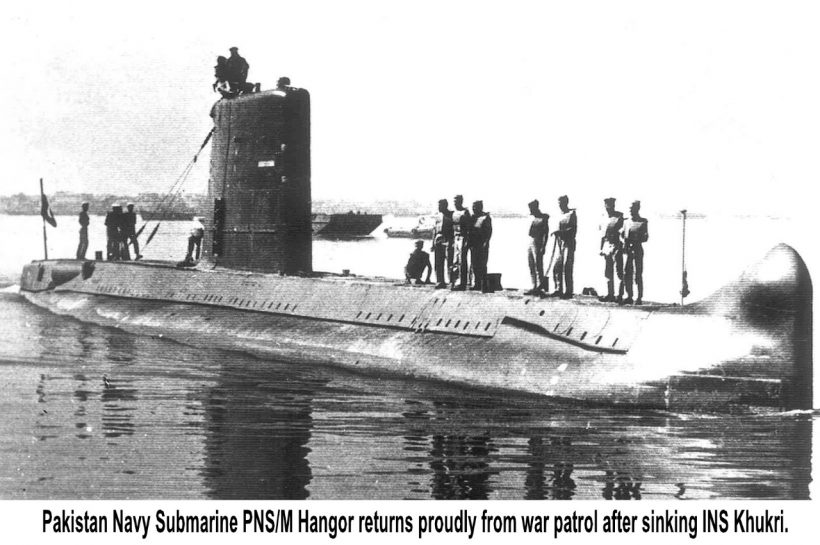 History is by no means unstained. ‘History is a lie that historians agree on’, Voltaire is reputed to have said. This becomes truer when the author is a triumphant side, even if his victory owed to some evil machinations. Too often history gets distorted, exaggerated and valiant acts of other side underplayed, to feed a victor’s vainglorious appetite. This also shapes the minds of posterity in societies. Truth, nonetheless, has a bizarre way of surfacing.

A careful insight into the history of colonial India, the wars fought in South Asia as well as in the Indian Ocean provides ample testimony to manipulation of various accounts. Evidence also suggests intrigues and the vile role played by some important characters in the run-up to the partition of British India.

The last British viceroy in India, Lord Louis Mountbatten, a former naval officer who entered the Royal Navy in 1913 was a man of dubious character. Mountbatten’s quick rise in rank owes in large part to his connections with the Royal Family. During WWII, he managed to lose two destroyers, the Kelly and the Javelin, under him in circumstances that were professionally questionable. Yet, he was portrayed as a hero to the public. Britain was in a difficult situation and needed heroes to raise public morale. Churchill decided to make one out of Mountbatten. In 1922, Mountbatten married Edwina Ashley, one of the most sought after girl in London who had inherited a fortune of two million Pounds (equivalent to Pound 53 million today) from her grandfather, Sir Ernest Cassel. Understandably, Edwina had a notorious reputation. The stories of her bizarre romance with Nehru who was 58, ten years her senior when both first met, are too well known. Yet Edwina’s infidelity pales when compared to Mountbatten’s infirmities and debauchery. All this is now out in open as a result of the FBI’s declassified documents.

Assigning Muslim majority tehsils of Gurdaspur (52 percent) and Batala (55 percent) to India was part of the larger scheme that points to collusion between British Raj and Indian Congress. In this gerrymandering, the extramarital affair of Edwina and Nehru is believed to have played an important role. Not too well known is also the fact that despite Jinnah’s resolute demand and strong justification or Islands of Andaman and Nicobar to be made part of Pakistan, both Congress and the British government rejected it. In 2015, Indian Prime Minister Modi went on record to brazenly admit personal and his country’s insidious role in dismembering Pakistan in 1971. One wonders how the two groups of islands in the Indian Ocean might have played for the Pakistan navy during the war in 1971 had they been in possession of Pakistan.

The Indian navy recently celebrated “navy day” amidst celebratory messages from the chief of the service and country’s political leadership. December 4 is commemorated by the Indian navy every year to recall the 1971 war in the North Arabian Sea and missile attacks on Karachi. Using self-glorifying expressions like “decisive naval action” for such attacks however clearly belie facts.

In the initial stages of the war, luck did favour the Indian navy. The two missile boat-mounted attacks on Dec 4 and 8 resulted in the sinking of a Pakistan navy destroyer and damaged few other ships at Karachi anchorage. It also set alight oil tanks ashore at the Keamari terminal. But this is an only half-truth. What happened subsequently in the Arabian Sea changed the course of the war in the western theatre.

On December 9, a brisk riposte by Pakistan navy turned the tables upside down. It not only shocked a numerically superior and up until then a boastful Indian fleet but effectively ended the offensive carriage of the Indian navy. It was a new beginning in naval warfare between the two arch enemies. The situation lasted until the termination of the war.

Truth be told, in the early hours of 9 December 1971, Pakistan navy submarine, Hangor had two Indian navy frigates insight. The Indian warships were patrolling off the Kathiawar coast in Indian Gujarat. Hangor kept tracking enemy ships to seek an ideal firing position. It was a back-breaking and long pursuit. A bold and accomplished commanding officer with his competent crew onboard nonetheless pressed on with the chase.

Hangor’s moment finally arrived that evening. At 1957 hours, Pakistan navy submarine fired a homing torpedo from a depth of some 40 meters. The target was two Indian navy ships steaming in close formation. No explosion was heard following firing of the first shot. Hangor’s crew did not dither and quickly fired a second torpedo. Five tense minutes passed before a loud explosion was heard. The torpedo had found its mark. This was Indian navy frigate INS Khukri from 14th Naval Squadron of Western command. The torpedo hit the ship’s magazine where explosives are kept. Khukri sank in minutes taking down 18 Indian naval officers and 176 sailors.

The spectacular achievement of Hangor had both, tactical as well as strategic impact. The third Indian navy missile attack on Karachi scheduled for December 10 was called off. It upended the entire Western fleet of the Indian navy to reverse its offensive posture to defensive and hunt for Hangor. Between December 9 until Hangor returned back safe to Karachi on December 18, everything Indian navy had in its inventory was thrown in to kill the Pakistan navy submarine, all in vain. Over 150 depth charges are believed to have been dropped by the Indian navy to destroy Hangor. The long futile chase of Hangor was enough to underscore the poor anti-submarine skills of the Indian navy.

It is said that ‘submarine and anti-submarine operations are all about training, skill and steady nerves’. Nearly forty-eight years later, the fragility of the Indian navy’s submarine skills was too much exposed. This time Pakistan navy proved its mastery in anti-submarine warfare. On March 4 this year, the newest Indian submarine was promptly detected by a Pakistan navy anti-submarine aircraft on patrol. The submarine was trying to sneak into Pakistani waters, perhaps for intel gathering and if required, to conduct submarine-launched missile attacks on coastal facilities of Pakistan. The attempt was however effectively thwarted and submarine compelled to retreat to Indian waters. It would have been a sure kill but for Pakistan’s national policy of “restraint”.

It seems ludicrous but during the same crisis, the Indian navy’s largest platform, the aircraft carrier was deployed in the entirely “defensive” role of escorting smaller vessels holed up elsewhere in ports of the regional countries. The aircraft carrier is an offensive power projection platform. With its fearsome fighter aircraft power onboard and other arsenals, a carrier is meant to exercise “sea control”. This provides freedom of movement and flexibility to friendly forces. In the Indian case, it was anything but. This raises serious questions on the Indian navy’s claim of being a “net security provider in the immediate region and beyond” as detailed in its premier, “Indian maritime security strategy”, “Ensuring Secure Seas”. But such a benign and spineless role of Indian aircraft carrier should come as no surprise. Throughout Indian naval history, its aircraft carrier has been more of an encumbrance than a potent platform.

Here, one is also reminded of the Pakistan navy’s bold action in 1965. The offensive bombardment of Dwarka port; the enemy’s failure to venture out in the Arabian Sea against Pakistan navy despite clear numerical superiority and strength is a scar in Indian naval history. No matter what, it is not likely to fade away in history. Here too, Pakistan navy remained the unchallenged master of the seas till the termination of the war. Its lone submarine Ghazi was enough to keep the entire Indian armada holed up inside the country’s harbours. Such stories rarely make it to the mainstream Indian print or electronic media.

One can wallow in self-praise; produce fictional films of incidents and celebrate half-truths. But in the end, reality manages to find its way to the surface. And let there be no mistake, Pakistan navy remains poised and committed to deter and thwart any misadventure in its area of interest. Its officers and men are firmly guided by core values of faith, character, courage and commitment. And their inspiration comes from such verses of poet Iqbal:

The author is a maritime and naval researcher with wide-ranging experience.