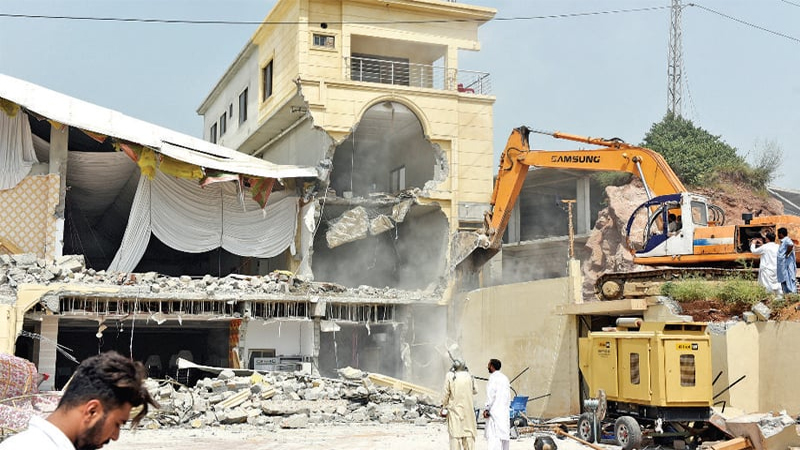 An anti-encroachment drive to remove illegal structures on the embankments of canals of Sukkur barrage turned into rioting, on Wednesday. As the civic agencies launched the operation to remove encroachments on all seven off-taking canals of the barrage this morning angry mobs comprised of hundreds of people came to roads to resist the anti-encroachment drive. Police resorted to tear gas shelling and aerial firing to disperse the infuriated people. Angry people pelted stones at policemen, officials said. Police officials have summoned heavy contingents of police to control the situation. A large number of people have built houses and shops on the embankments of the canals of the Sukkur Barrage. These illegal localities have grown into big colonies with all civic facilities. Criminal negligence on part of the authorities allowed people to encroach on the land on the embankments of all seven off-taking canals of Sukkur Barrage. According to reports, influential people have also occupied the river bed near Rohri and in front of gate numbers six to 14 of the barrage, where they are sowing vegetables and other crops and drawing water from the river, an irrigation official said.