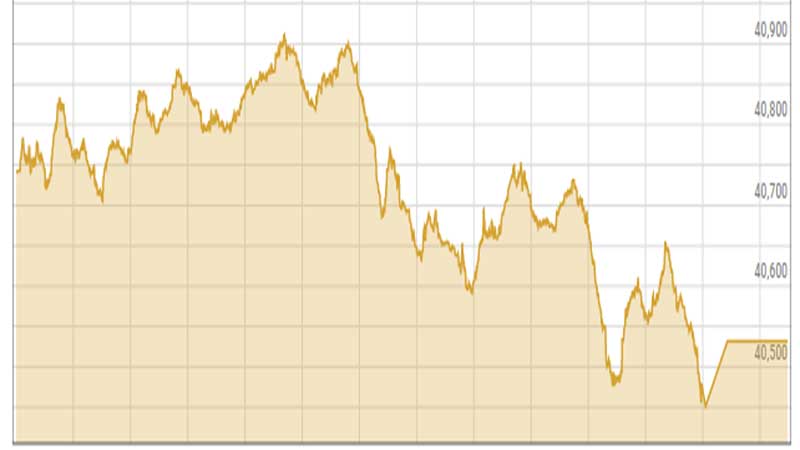 The KSE 100 Index extended its volatile session as it lost 0.33% and closed at 40,531 points. The market participation was relatively low in comparison to the previous sessions.

The major selling pressure came from brokers’ propriety, selling shares worth $2.3 million. The foreigners were the net sellers of $0.8 million shares. Insurance companies were on the buying spree, raking in $2.3 million worth of shares.

Despite making a good start, the index quickly lost impetus as investors indulged in profit-taking activity, thus making the benchmark index lose the gains it made in early session. Irfan Saeed, Senior Vice President BMA Capital Management, said the market is naturally in its correction mode after crossing 40,000-mark last week, when bulls paraded the bourse. He added the market will continue to correct itself till the consolidation mark is achieved i.e below 40,000-barrier.

ADB Director General for Central and West Asia Werner Liepach during a meeting with Power Minister Omar Ayub Khan, said “With the fresh release of $300 million to address the country’s issues regarding circular debt, ADB has cemented its position as the top energy sector partner of Pakistan.”

The meeting took stock of the ADB-funded projects in the energy sector and it was decided that a comprehensive portfolio review meeting would be held by the end of this month between the Power Division and ADB to steer the projects to their logical culmination.

Post deadline when more tariffs on Chinese exports to the U.S are set to kick in.

That comes as markets have been expecting a “phase one” trade deal to be reached between Washington and Beijing. Hong Kong’s Hang Sengled the gains closing over o.79 % higher. In Japan Tokyo’s Nikkei 225 traded0.08% lower, as economists fear economic slowdown in the fourth quarter amid rise in consumption tax.

Mainland Chinese stocks ended their trading day mixed, with the Shanghai composite up 0.24% to around 2,924.42. Meanwhile, Saudi Aramco, the world’s largest initial public offering (IPO), surged past expectations as it debuted on the country’s stock exchange on Wednesday morning.Shares of the state-owned oil company rose to 35.2 Saudi riyals ($9.38) from 32 riyals in early deals in Riyadh, up 10% and hitting their daily limit.

The price gives it a valuation of $1.88 trillion and makes it the largest listed company in the world, comfortably ahead of Microsoft and Apple.

Aramco’s public debut, which listed 1.5% of its shares locally on the Saudi Tadawul, is the biggest on record topping the $25 billion Alibaba raised when it went public in September 2014. The oil giant has also surpassed its earlier valuation of $1.7 trillion, announced when share pricing was disclosed last week at the top of the market range.

But the $1.88 trillion valuation remains below what the kingdom had initially targeted and relied heavily on local investors after the company canceled international roadshows due to lackluster foreign interest. 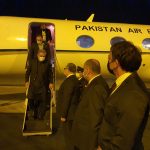