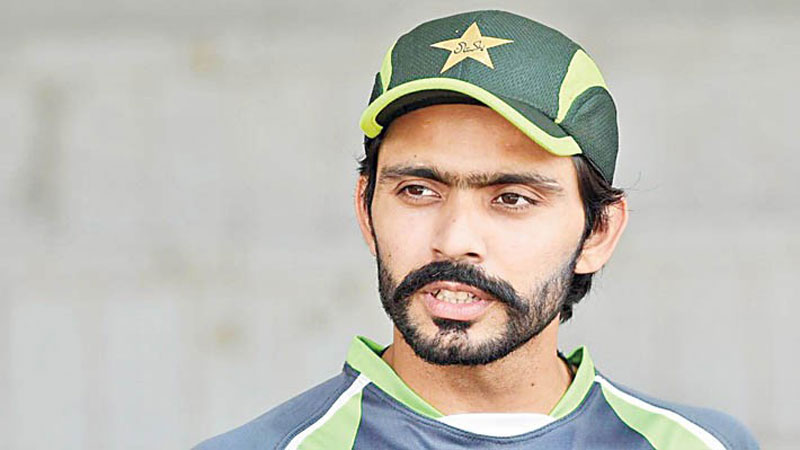 LAHORE: Pakistan cricket selectors, headed by former skipper Misbahul Haq, on Saturday recalled middle-order batsman Fawad Alam after 10 years in the wilderness to a 16-member squad named for a two-match Test series starting later this month. The series, which is part of ICC’s World Test Championship, starts at Rawalpindi next Wednesday. Karachi will host the second Test from December 19-23. Alam, who scored a century (168) on his Test debut against Sri Lanka in Colombo, last represented Pakistan against New Zealand in Dunedin, during his debut year, 2009, in the longest format of the game. He only has three Test matches under his belt, despite playing his maiden Test a long time ago. The left-hander has been in red-hot form during the ongoing Quaid-e-Azam Trophy and was justly rewarded with a place in the Pakistan team. Alam has scored over 12,222 runs in a 16-year first class career at a healthy average of 56.84. Alam has been one of the most prolific and consistent batsmen in Pakistan’s domestic circuit, having scored 672 runs (average 56) in the 2015-16 season, 499 runs in the 2016-17 season (average 55.44), 570 runs (average 40.7) in the 2017-18 season, 699 runs (average 69.9) in the 2018-19 and 781 runs (average 71) in the ongoing 2019-20 season. He has also played 38 ODIs and 24 T20Is. His last international appearance was an ODI against Bangladesh in April 2015.

Alam is one of the two changes Pakistan selectors have made from the 16-man squad that lost the two-Test matches against Australia. Alam has replaced Iftikhar Ahmed while left-arm fast bowler Usman Shinwari, who has played 17 ODIs and 16 T20Is but is yet to make his Test debut, comes in in place of young fast bowler Mohammad Musa who went wicketless in his Test debut in Adelaide. Shinwari took 15 wickets in six Quaid-e-Azam Trophy 2019-20 first-class matches at an average of just over 25. Naseem Shah, the 16-year-old paceman who played in Brisbane before giving way to Musa, kept his place in the Test squad. Shah has also been named in Pakistan’s squad for the Under-19 World Cup, which begins on January 17 in South Africa. He will miss the initial part of the Under-19 squad’s preparatory camp in Lahore, and join his team-mates at the end of the Test series. Kashif Bhatti, the uncapped 33-year-old left-arm spinner who was part of the squad in Australia but didn’t get a game, also remained in the squad.

“Alam has been performing for the past six years which is why he has been given a chance in the national side,” said Misbah during a press conference at the Gaddafi Stadium. “Musa is not part of the squad but he will remain with the side as bowling coach Waqar Younis wants to continue working with him,” he added. Misbah was, especially, concerned about the bowling department of the side bearing in mind the retirement of experienced pacers such as Wahab Riaz and Mohammad Amir. “Our biggest problem at the moment is bowling due to the departure of Wahab and Amir,” he said. “We have no option but to give new faces a chance and hopefully they will come good in the future but we need to be patient.” “Shinwari has been drafted into the side as he has been part of the Pakistan cricket team setup for the past few years, which is backed up with his fitness, form and ability to bowl long spells at a good pace, which was evident during the Quaid-e-Azam Trophy. I am sure he will make up a good combination with Imran Khan, Mohammad Abbas, Naseem Shah and Shaheen Afridi,” he added.

“Our thinking is that we need consistency in the team and that’s the reason we didn’t make a lot of changes for the series against Sri Lanka,” Misbah said. There should be continuity so that players get confidence. We made changes where we feel it’s necessary.” Misbah was given three responsibilities chief selector, head coach and batting coach when the Pakistan Cricket Board removed head coach Mickey Arthur and batting coach Grant Flower after the World Cup while chief selector Inzamam-ul-Haq stepped down. “The perspective is that it’s a one-man show,” Misbah said. “I think there should be a clarity on this, there are six selectors who closely watch players in domestic cricket and also do work with the players on their technique. They know all the minus and plus of these players very well and my prime job is the head coach.”