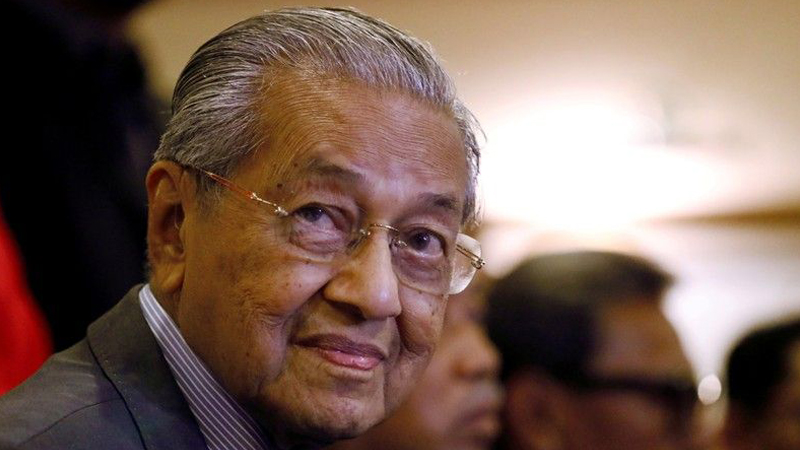 Malaysian Prime Minister Mahathir Mohamad formally launched on Wednesday preparations to host next year’s APEC summit, recalling with pride how his country hosted the event more than 20 years ago, but also flagging risks.

The 94-year-old, who unexpectedly won a general election last year, has said he will stay on as prime minister to see through the Asia-Pacific Economic Cooperation (APEC) summit before possibly handing the baton to a coalition colleague. He will be the first world leader to host the event twice.

“We believe it is quite fitting for Malaysia to kick-start our second opportunity to host APEC at the same place as we did just over two decades ago,” Mahathir said at the launch ceremony in Cyberjaya, which houses many information technology companies on the edge of the capital, Kuala Lumpur.

A key goal of next year’s summit is to finalise the 21-member forum’s post-2020 vision. The first informal meetings of APEC senior officials will be held on the Malaysian island of Langkawi next week. Mahathir recalled that his country last hosted APEC a year after the Asian financial crisis of 1997, when investors lost confidence in the so-called “Tiger economies” of Southeast Asia and currency markets in the region were hammered.

“Today, Malaysia will launch APEC 2020 against almost a similar backdrop, when downside risks are continuing to build up and trade policy tensions are still with us,” he said. “All these trends will continue to weaken investors’ confidence, leading to the diminishing trust in the benefits of global trade and investment to the everyday people.”

Mahathir also said most participating countries had turned down the idea of the United States’ co-hosting another APEC summit early next year, in place of the one for 2019 that host Chile cancelled because of street protests.

“There was an invitation extended to APEC countries, but almost every one of us decided it was not necessary,” Mahathir told reporters after the launch event.

APEC, founded in 1989 with a view to fostering trade and economic ties around the Pacific Ocean, operated at a ministerial level until 1993 when U.S. President Bill Clinton established the annual leaders’ meeting.