* Sharing the history and background of Hindus in Dadu District further, Gur Mukh said that Sanath Bhagat Ram, a rich Hindu, belonging to Dadu had become a shish (disciple) of Div Dino 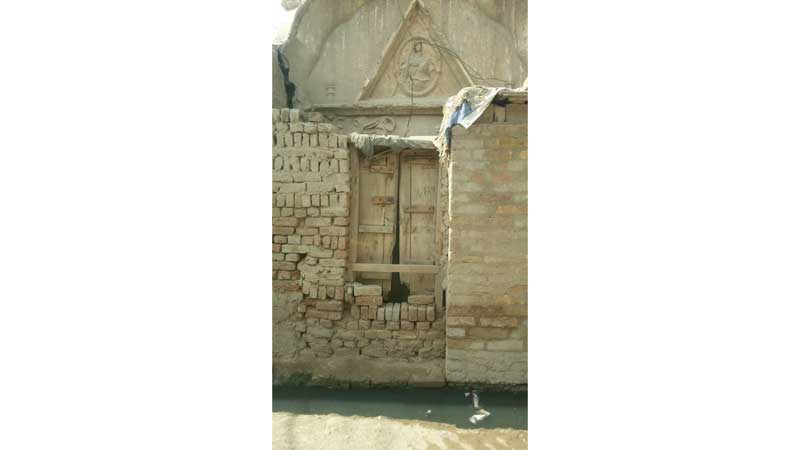 Recently, the evacuation department, the federal government and district government of Dadu, evacuated and sealed the historic Shiv Mandar Johi from a local Muslim Chandio family that had occupied the mandar since Partition.

According to Gurmukhdas, a local Hindu Council Member, who along with other local civil society members made efforts to evacuate this Hindu worship place said that before partition, his elders lived in Khat Kolachi village near Pat Shareef in Dadu.

Sharing the history and background of Hindus in Dadu District further, Gur Mukh said that Sanath Bhagat Ram, a rich Hindu, belonging to Dadu had become a shish (disciple) of Div Dino Ram at the age of four. He shared that Sanat Bhagat Ram established his trust in 1942 and from Municipal Park Dadu to Railway station Dadu all property belonged to the Trust. Gur Mukh Shared that present Talibul Mola High School Dadu was Dharam Shala and being in close proximity of Railway station, served as rest house for the traveler who due to unavailability of transportation during preparation time, used to stay at Dharmsahal at night and in the next morning resumed their journey. He said that in Dharmshala not only served travelers but orphans also used to be served food and accommodation. Talking about his struggle to get the Johi Mandar evacuated he said that he meet with then Deputy Commissioner Dadu, Alamdin Bulo in 1995. “we went with police contingent to evacuate the Johi Mandar but encroachers refused to evacuate” he said that recently in October he held meeting with present Deputy Commissioner Dadu, Raja Shah Zaman Khuhro and ADC, Nazeer Ahmed Soomro, with request to evacuate the Mandar.

Notices were issued by the Evacuate Trust Property and on October 30, Assistant Commissioner Johi, Piral Chandio and Evacuate trust Property department official visited the Mandar and talked to the encroaching family to evacuate. He said that the family was reluctant but with efforts of AC Johi, the family eventually agreed and evacuated the Mandar.

Piral Chandio, Assistant Commissioner Johi, while talking to this scribe shared that evacuation of the Mandar was big challenge as previous attempt of evacuation had failed but being local, he was able to arrange alternative residence for the encroaching family and convinced the family to evacuate peacefully, without any resistance.

Notices were issued by the Evacuate Trust Property and on October 30, Assistant Commissioner Johi, Piral Chandio and Evacuate trust Property department official visited the Mandar and talked to the encroaching family to evacuate. He said that the family was reluctant but with efforts of AC Johi, the family eventually agreed and evacuated the Mandar

According to All Pakistan Hindu Rights Movement Pakistan, “out of 428 Hindu temples in Pakistan only around 20 survive today and these remain neglected.1000 Hindu temples were attacked in retaliation following the destruction of the Masjid in 1992. Johi Mandar was also attacked during this period but sane group of locals intervened and save Johi Mandar from further damage. However due to neglect, the inner floor and base slowly and gradually was buried by dust.

Johi Mandar beside serving as worship place for Hindus is also historical heritage, symbol of religious and cultural harmony and recognitions of Johi. Before partition Hindu community from Johi town, WahiPandhi, SevoJamali, Tando Rahim Khan and other area of Johitaluka used to held Mandlies at the Mandar and after performing pooja, in evening took rest at the southern side of Mandar and arranged singing parties where besides other singers, famous singer Amar Bhagat Kanwar Ram and Master Chandur used to sing for whole night. After partition, local Hindus care takers before migrating to India handed over this Shiv Mandar Johi to Wahid Bux Chandio who used to work as domestic servant to the Hindu care taker family of the Mandar and till the recent evacuation of the Mandar the offspring of Wahid Bux Chandio lived in this Mandar. According to aged residents of Johi, this Madnar was constructed during 1918-19.

The idols or morties included that of Bholay Nath, Gaey Mata (mother cow), birds, floral designs and other different beautiful paintings can be seen in outer and inner parts of Mandar. Older residents of Johi say that at that time when Muslim prayer leader from mosque called for prayer i.e. Azaan, the bell from this Mandar called for prayer to Hindu. In signing parties Muslim also participated and excellent religious harmony prevailed among, Muslim and Hindus who lived like brothers.

According to researcher an writer Aziz Kingrani, the fine architecture of the Shiv Mandar Johi looks like that of India and Nepal, comprising on, one 70 feet high dome, another little round shaped dome and four arched entries. Construction material for the Mandar used included iron; cement and cheeroli (mixture of limestone and gypsum). Idols were fixed with iron bars, around the round domed construction which were destroyed after partition and again damaged during Babari mosque routs. The Madnar is adorned with murals on both outer and inner walls which portray the appearances and incarnations of Shiva, Krishna and Vishnu, Nandi of Shiva, dejins, cows, bulls and cobra charmer playing Murli (flute) depicted on the inner walls of the Mandar. The images of men, women, enormous snakes, pigeons and the religious symbols of Hinduism are painted on inner walls of the temple.

The area of temple was large and 35 rooms were built near it. The temple had also courtyard around. Gur Mukh shared that there are nearly 100 families of Hindu Community in Dadu, which after renovation and repair would also arrange annual fair where Hindus from all over Sindh and Pakistan can participate, this will certainly revive pre-partition memoires and accompanied nostalgia of religious and cultural harmony.

But another problems is that Schedule caste Hindu activists complain that there is discrimination within the Hindu community. Local 1,000 population of oad and bagri communities who are consider low caste and fall in Hindu Schedule caste category, allegedly would not be allowed to pray in Mandars by Rich Hindu Community, feared a schedule caste activist. But Gurmukh insists that there is no such problem and he would hand over the Mandar to local oad community. 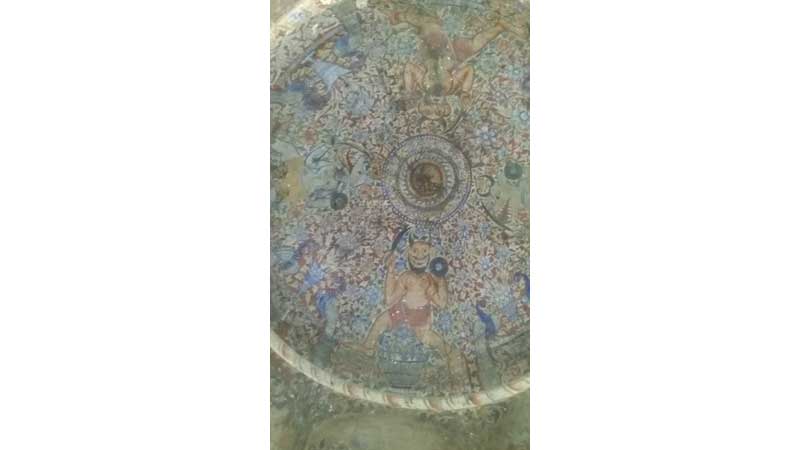 Discrimination or no discrimination debate aside, main problem is land mafia, who has already encroached on large prime land. When the land mafia encroached almost all adjoining area of Shiv Mandar, the local Hindus activists made attempts to save the remaining Mandar structure and space fearing encroachment of the remaining small part they got threat from powerful land mafias “In 1990s, then Deputy Commissioner Mir Mohammad Parhiyar had ordered the authorities to remove the encroachment. But influential people threatened to kidnap us. Therefore we stopped lobbying”. Late Mir Chand Oad, teacher and leader of local Oad Community had shared with this writer in 2011.

Civil society and conscious segment of Johi have welcomed the evacuation of this beautiful Mandar. Nadeem Baloch and Taiqu Qadir Rind, from Johi said that it is welcome development and hopefully this Mandar would be opened for local Hindus to offer prayer.

Gurmukh said that he would urge concerned government departments and Hindu Council for providing support for repair and renovation of the Manndar. And after renovation, the Mandar would be handed over to the local oad Community for prayer and care. But when contacted, local oad community leader who on the condition of anonymity was apprehensive saying that my father was issued threats and we oad community, already marginalized within our own community are not in position to resist the powerful land mafia. Hopefully, concerned government departments, the Hindu Council, local civil society would come forward to support local minority groups in opening and running their workshop place which is their inborn right also granted and guaranteed by constitution of Pakistan