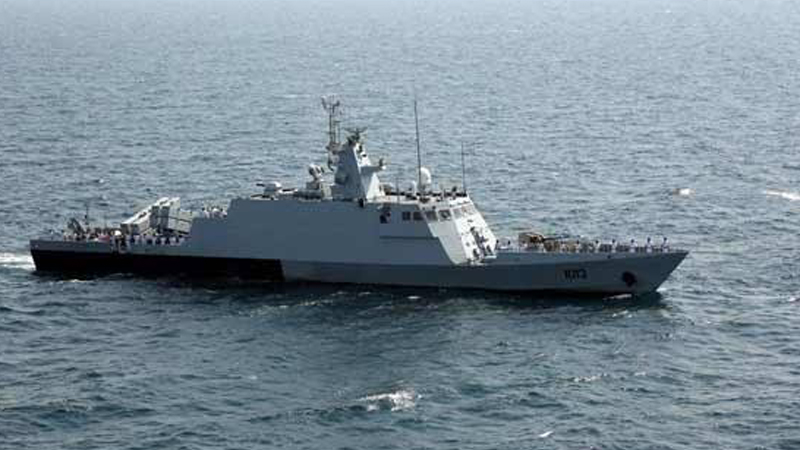 The prevention of war and conflict is an important task of navies. The world navies thereby engaging in collaborative efforts to maintain their relevance to naval diplomacy. In today’s era, modern day navies are assumed to be an effective instrument of the country’s foreign policy. Therefore, they are having an influence on country’s international relations. The navies are expanding these relations further through foreign port visits, extending training facilities to other foreign countries, providing humanitarian and disaster relief assistance at sea and holding bilateral and multilateral naval exercises strengthening friendly ties under emerging diverse avenues.

Adopting the aforementioned diplomatic legacy, Pakistan Navy’s advanced ships ASLAT and MOAVIN visit Nouakchott port of Mauritania. The ships are embarked with helicopters and having state of the art advance weapon systems and logistic support cum medical facilities respectively, which provides capability to operate in multi-threat environment and to carry out Humanitarian Assistance and Disaster Relief Operations (HADR) at sea. Pakistan Navy ships are on their goodwill visit to African countries where they are paying port visits and establishing free medical camps for relief medical operations. First kind of medical camp is being established during the stay at Nouakchott, where medical facilities including routine checkups and free medicines are being provided to the people. Pakistan and Mauritania maintains a good bilateral relations based on strong foundations and common interests of preserving lasting regional peace. The country is located in western region of Africa having coastline of more than 750 KM. It borders with North Atlantic Ocean in the west, Western Sahara in the North, and Senegal in the south. Pakistan has always extended its support to Mauritania, as it keep up its support to Pakistan in the United Nations (UN). Whereas, Armed Forces of Pakistan have been providing training facilities and equipment to the Armed Forces of Mauritania, which is a manifestation of strong defence ties between the two countries. Prior reaching to Mauritania, PN ships paid port visit to Casablanca.

Pakistan Navy has been providing disaster relief assistance to other countries since long. Earlier, during Tsunami in 2004 PN ships carried out relief and rescue operations where more than 360 tourists were rescued from Maldives. Moreover, PN ships were being deployed to Colombo and Indonesia for expansion of humanitarian assistance to the affected areas during the catastrophe. The PN humanitarian assistance further extended to Sri Lanka in 2017 when the country received heavy rains which triggered worst flooding, claimed hundreds of lives. PN medical relief teams launched three medical camps across afflicted areas and other technical teams provided technical assistance for restoring water supplies while diving teams rescued stranded people. Despite of being small in size, Pakistan Navy has anticipated the significance of naval diplomacy and actively engaged in regional and international maritime collaboration to meet the international obligations while being part of Coalition Maritime Campaign Plan under UN mandate. Whereas, PN has also been tied up for bringing together maritime states through their biennial AMAN exercise to foment regional peace and maintain strong correlation at sea.

To conclude, PN ships visit to Mauritania is a demonstration of maintaining strong bilateral relations proceeding with mutually shared interests to enhance regional peace efforts and continue forward with providing similar Humanitarian assistance in times of need to the brotherly country.