* Current account balance recorded a surplus in October, after a gap of four years
* Projection for GDP growth for FY20 stays unchanged at 3.5% 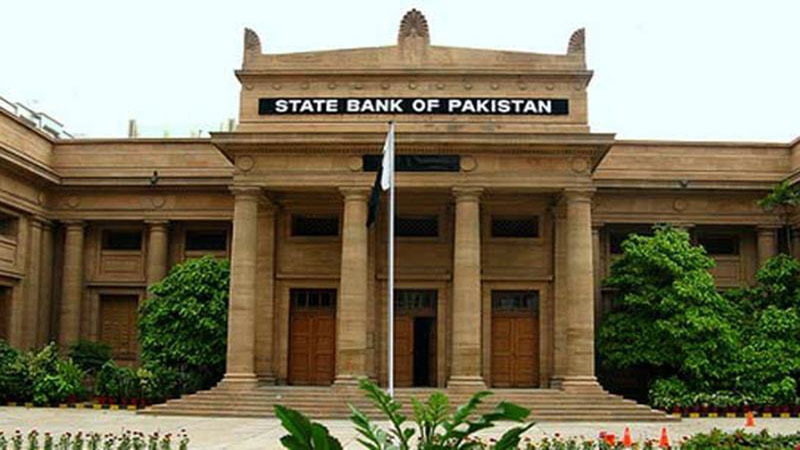 The decision reflects the MPC’s views that recent developments have had offsetting implications for the inflation outlook, said a statement issued by the SBP here. “On the one hand, recent inflation outturns have been on the higher side. On the other, the causes behind these outturns have primarily been increase in food prices which are expected to be temporary. Also market sentiment has begun to gradually improve on the back of sustained improvements in the current account and continued fiscal prudence,” the statement read.

The MPC noted that the SBP’s projection for average inflation for FY20 remained broadly unchanged at 11 to 12% and maintaining the current monetary policy stance is appropriate. In reaching this decision, the MPC considered key developments since the last MPC meeting, developments in the real, external and fiscal sectors, and the resulting outlook for monetary conditions and inflation.

There have been three key developments since the last MPC meeting. “One, the current account balance recorded a surplus in October 2019 after a gap of four years, a clear indication of receding pressures on the country’s external accounts. Two, the government’s primary balance is estimated to record a surplus in the first quarter of FY20, a first since Q2-FY16. This, together with the end of deficit monetization, has qualitatively improved the inflation outlook,” the SBP statement said. “Three, the most recent business confidence survey shows that businesses expect inflation to fall in the near term suggesting that inflation expectations remain anchored despite the recent increases in food prices,” it added.

According to the MPC, the recent economic data suggests that economic activity is strengthening in export oriented and import competing sectors while inward oriented sectors continue to experience a slowdown in activity. “Specifically, large-scale manufacturing (LSM) shows gains in electronics, engineering goods and fertilizer sectors and decline in auto, food, and construction allied industries of steel and cement,” the statement said. “The latest production estimates of major kharif crops suggest that agriculture sector is likely to grow in line with projections although cotton production is likely to remain below target,” it added.

In sum, the SBP kept its projection for GDP growth for FY20 unchanged at around 3.5%. “The external sector continued to show steady improvement, reflecting the benefits of recent policy adjustments and other factors. In the first four months of the current fiscal year, the current account deficit contracted by 73.5% to $ 1.5 billion. This improvement reflects a notable reduction in imports, a modest growth in exports and steady workers’ remittances,” the statement read.

“Export volumes, especially of rice, textile made-ups, leather products, and fish and meat, increased despite weakening external demand. The capital and financial account have also improved due to higher FDI and continued portfolio inflows reflecting renewed investor confidence,” the MPC noted. “On account of favourable balance of payment developments, the rupee has appreciated 5.6% since its low in June 2019. These favourable developments have allowed the SBP to begin rebuilding gross reserves and reducing liabilities,” it added.

“Since the beginning of the fiscal year, gross reserves have risen by $1.16 billion through November 15 and the SBP has reduced its foreign currency swaps/forward liabilities by $1.95 billion through end October,” the MPC noted. “The combined increase in net reserves from these two sources is well in excess of the $863 million Special Convertible Rupee Account portfolio inflows in government securities since the beginning of the fiscal year,” it said. “Fiscal consolidation gained traction during the year to date on account of broad-based taxation reforms and strict control over non-development expenditures,” it added.

The SBP said that the FBR tax collections grew 16.2% in Jul-Oct FY20 compared to 6.4% during the same period last year. On the expenditure side, the federal releases for public sector development programs (PSDP) more than doubled to Rs 257 billion during Jul-Oct FY20 from Rs 105.5 billion during the same period last year. The increased infrastructure spending is expected to stimulate business activity in construction-allied industries.

On the financing side, the MPC noted that the government has strictly adhered to its commitment of zero fresh budgetary borrowing from SBP, which has not only helped the government meet its continuous performance criteria under the IMF program, but also bodes well for the inflation outlook. The MPC emphasized that continued fiscal prudence will remain critical for sustaining the improving market sentiment. “Private sector credit fell by Rs. 4.1 billion during the first four months of the current fiscal year compared to an expansion of Rs 223.1 billion during the same period last year on account of slowing economic activity. However, fixed investment loans increased, supported by the SBP’s long term financing facility under which loans grew by Rs 11.3 billion during this period,” it said. Inflation (based on the new index) rose 11% (y/y) and 1.8% (m/m) in October 2019, it added.

The MPC noted that recent outturns of month-on-month inflation had been higher than in previous months and if sustained could affect inflation expectations. Nevertheless, in light of the temporary nature of these increases, continued softness in domestic demand, and recent appreciation of the currency on the back of improving market sentiment, the MPC was of the view that inflationary pressures were expected to recede in the second half of the fiscal year, as noted in the last MPS.

The MPC noted that the current stance of monetary policy and real interest rates on a forward-looking basis are appropriate to bring inflation down to the target range of 5-7% over the next 24 months.