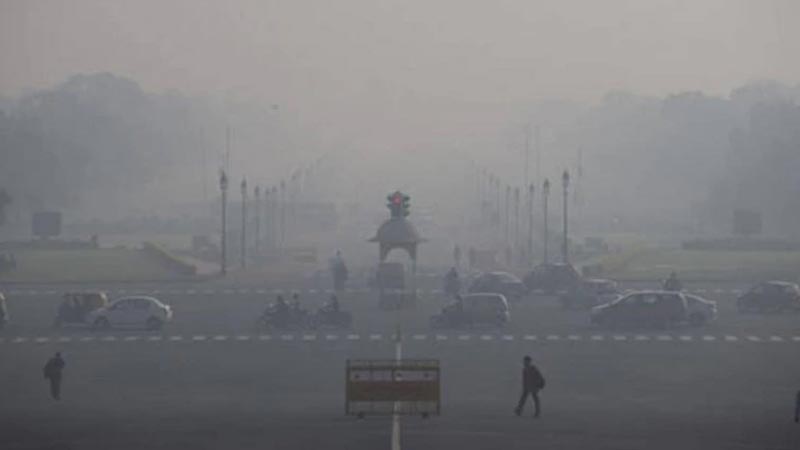 As thick smog again engulfs the provincial capital, the Punjab government taking exigent preemptive measures to safeguard the children from respiratory diseases, Thursday announced to shut, all schools till further directions. While on the other hand, no government agency is in position to analyze the actual position of air quality because of pathetic condition of the Punjab Environmental Protection Agency (EPA) as this is functioning sans any state of the art equipment. Prime Minister Imran Khan, who claims that he is architecture of green Pakistan and vociferous supporter of healthy environment, but his government, has failed to purchase state of the art equipment essential for monitoring air quality.

Despite this fact that smog has become a bitter reality of daily life and worse experience for the residents across the province, EPA, toeing only its traditional inertia, kept all its energy up to holding meetings and failed to come forward with any solid strategy to cope with this deteriorating environmental situation. Although EPA claimed to have nine Air Quality Monitoring Stations across the province and five out of them are installed only in Lahore. But the factual position is that EPA has exhibited air quality data of only two stations on its official website. As far as the data of these two stations are concerned, only one data showing the air quality of Wagah Town, seems to be reliable while the second data of Met Office is not authentic, says the sources privy to this agency.

The air quality index released on Thursday by EPA, was 397 at Wagah Town and 183 was at Met Department. Environmental experts showing their concerns raised objections over unauthentic data exhibited in its official website and they are of opinion that EPA must mention that parameter which it used to calculate the air quality index.

Dr Syed Nihal Asghar talking to this scribe said that as for as five parameters known as particulate matters, ground level ozone, oxide, carbon monoxide, nitrogen dioxide and sulfur dioxide are being used to calculate air quality index. “But the data showing by EPA did not throw light on which parameter it is using to extract its air quality index and that is real problem for environmental experts to say final word on EPA data,” he added.

It may be noted here that a thick blanket of hazardous smog has engulfed Lahore, forcing citizens to take precautionary measures, of the lowering minimum temperature, humidity and calm wind at night that is allowing the contributing pollutants, being generated mostly by Indian Punjab farmers by burning massive crop residue, to penetrate the bordering areas. The Air Quality Index (AQI) in Lahore has reached 371 on average on Thursday morning at 9 am. The AQI in Gulberg was 651, in areas around Punjab Assembly, it was 646, Upper Mall at 458, Sundar Industries recorded 437, Zeenat Block observed 414, and Askari Heights witnessed AQI at 337. As per Lahore US consulate Air Quality Monitor feed, the level of smog was 471. With no sign of its reduction at least in the next few hours, Lahore’s AQI has witnessed a sudden spike since the start of November. Smog was witnessed in the bordering areas of Lahore and those in the south along the canal.

Haziness, and nose and eye irritation was a clear indication of the beginning of the phenomenon which is pestering Lahore and other Punjab cities for the last four years, rightly being called the fifth season of smog. It has deprived the people of sunshine and dusk-hour charm as layers of toxic smoke engulf horizon from November to February. The purpose of an AQI is to report air pollution and if it is producing hazardous results. If the rank of air quality index increases to 150, it is unhealthy; if it increases from 200, it becomes a very unhealthy environment.

Health experts have advised people, especially children and the elderly, to remain indoors and take more liquids. Smog which occurs mainly because of intense air pollution can also be defined as a mixture of various gases with dust and water vapor. Smog also refers to hazy air that makes breathing difficult.\ Smog can be responsible for any ailment from minor pains to deadly pulmonary diseases such as lung cancer. Smog is well known for causing irritation in the eye. It may also result in inflammation in the tissues of lungs; giving rise to pain in the chest.