Running a country without taxes only possible in ‘fairy tales’: PM 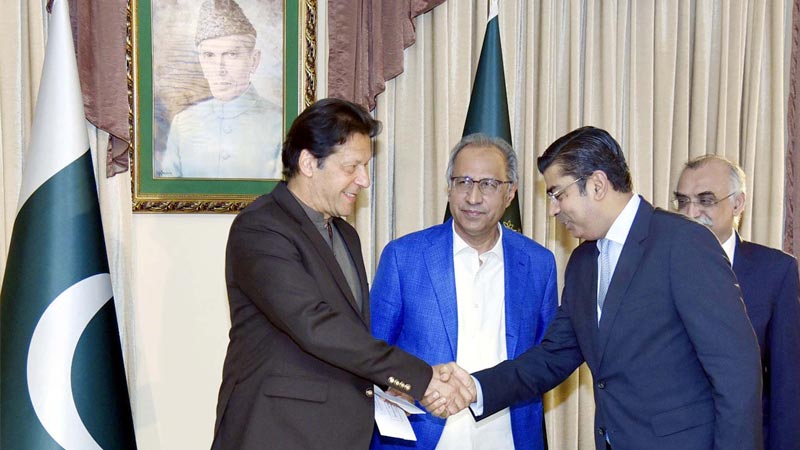 Urging business community to consider the payment of taxes as their national obligation, Prime Minister Imran Khan Wednesday said the government is committed to uplift the masses and check poverty through wealth creation, tax collection and industrialisation.

Addressing the distribution of Rs 30 billion refund cheques of sales and income tax among prominent exporters here at the Prime Minister Office, he remarked that running a country without tax collection cab be possible only in fairy tales but not in reality. He said a country with weak tax collection system cannot make progress economically.

Imran Khan mentioned that $19 billion of current account deficit was the biggest challenge at the time his government came in power last year, however the efforts of the current economic team has resulted in stabilisation of economy. He said the country for the first time in four years has witnessed current account surplus besides the restoration of public confidence in the stock market.

The prime minister said previous short-term policies and adhocism for political gains were the main reasons behind instability of economy. He said his government is inspired by China’s model of economic progress which is based on long-term policies and human development.

Separately, Prime Minister Imran Khan chaired a meeting of the government’s economic team to consider various important matters. The meeting took stock of the important issues like growth of remittances sent by the overseas Pakistanis and extension of further facilities to them, revival of Pakistan Steel Mills, advertisement of Pakistan Banao Certificate abroad, progress on different development projects initiated with the assistance of the international organizations and revival of government’s sick units.

The prime minister was apprised that after three years, 09 per cent growth was witnessed in the flow of remittances and during the year 2019, it had touched a figure of $21.8 billion. Three years back, its growth remained zero.

The meeting was informed that the remittances flow was witnessed from the United Kingdom, Malaysia, Canada and Australia. Its increase from UK stood around nine per cent.

Reiterating that the growth of industry and boosting exports are the key priorities for the present government, the prime minister underscored the need for streamlining Pak-Afghan transit trade arrangement in coordination with Afghan authorities so as to create a mutually beneficial situation for the two countries and the region. He emphasized for employing technology to preclude misuse of the arrangement by the vested interests.

In a meeting with Federal Minister for National Food Security and Research Makhdoom Khusro Bakhtiar here at the PM Office, the prime minister said the government will benefit from the expertise of China in the field of agriculture by introducing technology and innovation to increase productivity. He said agriculture is a major contributor to Gross Domestic Product (GDP) with 50 per cent of the national workforce affiliated with this sector.

The prime minister lauded the services of Khusro Bakhtiar as planning minister in expediting the implementation of the projects under China-Pakistan Economic Corridor (CPEC). He said Bakhtiar has been given new responsibilities since the second phase of CPEC covers important areas including agriculture besides poverty alleviation, industry, energy and communications. He expressed the confidence that the minister will utilise his energies to bring improvement in the field of agriculture.