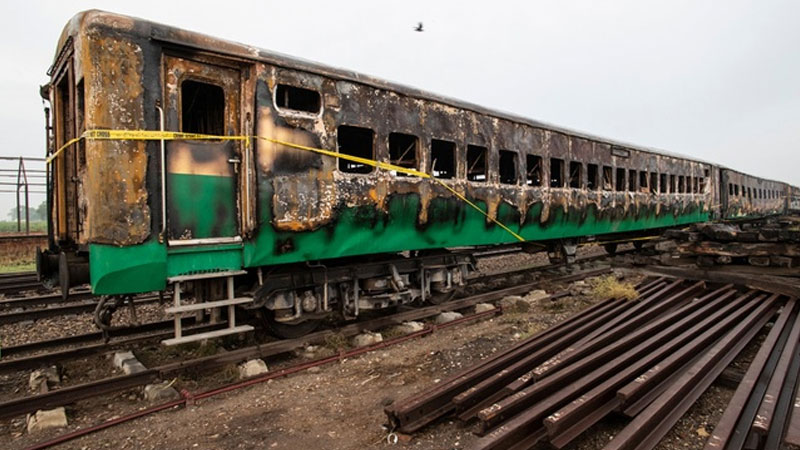 Ministry of Railways has decided to install fire extinguishers in passenger trains after the Tezgam Express tragedy, and according to reports, the fire pellets will be installed in Chinese-style train goggles.

According to details, the investigative report of the tragedy in the Tezgam Express revealed that fire extinguishers bags were not installed in the passenger train as they required trained personnel to operate and if the fire extinguishers installed then the chances of damage could be reduced.

The chemical and somehow gas based extinguisher can help put out the fire. Sources in Ministry of Railway also confirmed that the process of tendering will be started soon. The first phase will be launch in Rawalpindi division on a trial basis and then the ministry of railway will installed in all trains for the safety purpose.

Recently The Tezgam Express suffered tragic accident in which more than 70 passengers lost their lives and hundreds were injured. Tezgam Express was travelling between the Karachi and Rawalpindi, one of the oldest and most popular lines in the country.

According to the unofficial data 2015 considered the dark year in the history of Pakistan Railway, official data reveals175 train incidents took place where 75 were due to derailment and 76 to collision at crossing tracks.