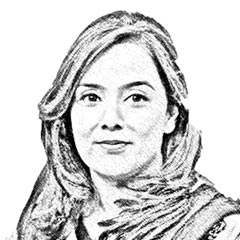 Custodial torture remains an epidemic in the justice system of Pakistan. In the last few weeks, we have heard horrific stories of beatings, harassment, administration of drugs for forced confession, political victimisation, and abuse in police custody. Salahuddin’s case was by far the most heart-wrenching. Nabbed after footage showed him robbing an ATM and sticking his tongue out at a CCTV camera in Faisalabad, Salahuddin was tortured so brutally in police custody in Rahim Yar Khan that he soon succumbed to his injuries.

A video of him being assaulted by the police soon went viral. In it, Salahuddin can be heard asking: “Who taught you to torture people?” The question may be rhetorical, but one Pakistan needs to answer urgently to ensure no more people meet the same fate as Salahuddin who, it later emerged, was mentally challenged. Perhaps it is the unchecked power that comes with a police uniform. Perhaps it is the frustration of a low-paid job. Or perhaps it’s just blatant negligence stemming from lack of accountability. Either way, it is unacceptable.

And because the odds are stacked so heavily against the poor and vulnerable sections of the society, victims of torture more often than not are the indigent and marginalised – as was evident in Salahuddin’scase. Moreover, torture has been repeatedly used as a political tool in Pakistan. The National Accountability Bureau’s lock-ups have been dubbed torture cells. A member of the Pakistan Muslim League-Nawaz (PML-N) has even alleged that NAB uses narcotics to extract statement and confessions under the influence.

In a country of over 200 million people, the lack of a proper definition for the word ‘torture’ is nothing short of national disgrace. While Prime Minister Imran Khan talks of police reforms, it is crucial to that it is a long-term project that will require months – perhaps even years – to materialise. However, a short-term objective of these reforms would be to enact a comprehensive legislation criminalising torture, specifying punishments, and establishing an independent investigation mechanism to probe allegations. Criminalising torture will also push police reforms forward as the go-to ‘investigation tool’ will then become redundant.

Despite ratifying the United Nations Convention Against Torture and Other Cruel, Inhuman and Degrading Treatment (UNCAT) and the International Covenant on Civil and Political Rights (ICCPR) in 2010, the government of Pakistan has remained unsuccessful in criminalising torture for the past nine years. In 2014, then senator Farhatullah Babar tabled an anti-torture bill in the Upper House. The Senate Standing Committee on Interior unanimously adopted the draft anti-torture bill and referred it to the Senate chairman. However, the bill lapsed in Parliament due to failure to pass it within 90 days.

Not only should torture be criminalised, the state should also understand its obligation to provide adequate redress to victims of torture and inhuman treatment. Moreover, victims of torture must be fully compensated and rehabilitated

Earlier this year, Federal Minister for Human Rights DrShireenMazari shared that her ministry planned to present an anti-torture bill in the National Assembly. The federal government, however, failed to move the bill even though DrMazari tabled the bill in a cabinet meeting a few months ago. The bill is still pending with other ministries, which undermines the prerogative of the Ministry of Human Rights. Several months on, we still sit waiting and guessing – even as more and more horrific stories of custodial torture are splashed across newspapers and social media.

It is crucial that the government passes and ensures the implementation on an anti-torture bill that criminalises the practice as required under the UNCAT, which Pakistan has ratified. In its reviews before the Human Rights Committee and Committee Against Torture, the government keeps insisting that Pakistan has legislated on the matter. However, simply stating ‘hurt’ as an offence in the Pakistan Penal Code or penalisingpublic servants intending to cause injury are not adequate safeguards against torture. The offence, at present, is compoundable – allowing for a compromise to be reached – and is investigated by the police themselves. It is thus a wholly ineffective tool to hold members of law enforcement agencies accountable for acts of torture.

Not only should torture be criminalised, the state should also understand its obligation to provide adequate redress to victims of torture and inhuman treatment. Moreover, victims of torture must be fully compensated and rehabilitated.

Torture is an attack on human dignity. It is an affront to someone’s personage. Till the practice is outlawed and those in violation held accountable, many more Salahuddins will be viciously beaten to death behind bars, pushed into eternal silence.

The author is a human rights defender and political activist