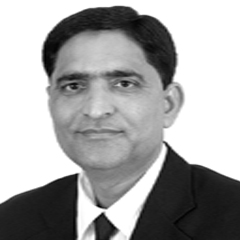 The Lahore High Court is conducting its 150th anniversary in November. The event comprises of symposia on implementation of law, photography and essay-writing contests themed on the rule of law, and a display of old pictures of the Lahore High Court building. Students, artists and writers from all over the province will be invited to participate in the art and literature competitions and exhibitions. The bar associations, the Punjab government and the civil society will also be invited to participate in the celebrations.

The celebrations aim to bring people closer to the Court, introducing them to those who are responsible for delivering justice. The aim is to inculcate an appreciation for accountability in society. Further, the purpose of holding sesquicentennial celebrations is to reach out to the common man being the ultimate beneficiary of the system of administration of justice, and to demonstrate that a competent and functional judiciary is there to dispense justice to the masses.

The Lahore High Court as one of the oldest seats of judicial dispensation in the country has been engaged in interpreting and enforcing the fundamental rights to bring in its fold all conceivable civil-political, socio-economic and collective group rights. The Court has specifically dealt with security of person, slavery, forced labour, protection against retrospective punishment, freedom of assembly, freedom of association, freedom of trade business or profession, freedom of speech, freedom to profess religion and to manage religious institutions, equality of citizens and safeguard against discrimination in services. Apart from celebrating the judiciary and promoting the rule of law, fundamental rights and constitutionalism, the occasion provides a welcome opportunity to focus on the capacity building of legal and judicial institutions. While celebrating its performance over so many years, the judiciary may reflect on the quality of the legal profession and the conduct of court proceedings.

There is already a perception that appointments in the superior judiciary are not made purely on merit. The process of appointment is alleged to be closed, selective and exclusionary. Clan and connections are factored in, affecting the overall credibility of the judiciary. The role of the Supreme Judicial Council is desired to be stronger in terms of enforcing professional standards and the code of conduct for the judiciary.

There is a weak system of judicial performance evaluation. District judges earn points for deciding particular types of cases, stressing quantity alone. The quality of performance is often ignored. Superior court judges are captains of their own ship; there is no hard and fast formula to measure their performance. Still, the performance of high court judges is discussed behind closed doors: annual statistics of decided and pending cases are rarely published, and the quality of decisions is hardly discussed. Talking about the quality of judges is perceived as an attack on the independence of the judiciary. The Supreme Judicial Council is mandated to monitor conduct and performance of superior court judges, but in practice, it seems quite weak.

The quality of the legal profession is not up to the mark. The method of admission and teaching in law schools is not standardised. The examination tests memory more than reasoning and legal drafting. The bar council examination is a mere formality. Knowing a member of the bar is considered enough to get through the examination and the interview. The bar councils are more focused on politics than providing any further education or training.

The court proceedings are haphazard. Cases are adjourned without any cogent reason more often than they are heard. Junior lawyers are required to fight a proxy war on behalf of their seniors; they are rarely invited to provide substantial input on their own. The decorum of the courts is poorly observed. The process of hearing is unsystematic.

So while celebrating the delivery of justice, members of the legal fraternity may consider the overall performance of our justice sector. It is further suggested that common people may also be invited to speak about their experiences: those whose family members died in prison awaiting decision; those who do not enjoy freedom of religion or expression; those who feel deprived of their right to nutrition, shelter, health and education; those who feel the sting of systematic discrimination; those who are excluded from participation in the political process; and those who are deprived of an economic opportunity. Perhaps some of the women, labourers, and children wandering around the premises of the Lahore High Court to earn a living can tell their stories and perception of justice. This would make the celebrations more meaningful — not merely a celebration of the past but a resolve to carry our commitment to justice into the future as well.

The writer is a lawyer and can be reached at zranjah@juristpanel.com