Efforts to Green the Power Grid: Too Much, Too Soon

At the Abu Dhabi International Petroleum Exhibition and Conference (ADIPEC) this week, Special Assistant to our Prime Minister on Petroleum has revealed the government is eying to achieve 64 per cent green power in the country’s generation capacity-mix by 2025. While it’s a desirable aim, the government will need to tread carefully on this path because without the requisite and supportive transmission and distribution networks, tariff reforms and institutional capacity in place, it could backfire; damaging the cause of otherwise, a highly cherished goal of sustainable energy future for the country.

While it’s undeniable that “to make a big dream come true, one needs to dream big first,” it’s also true that in the absence of proper planning, necessary funding, and enabling conditions on the ground, a dream will most likely remain a dream. For several reasons, a few of which we discuss below, the above target of the government appears rather ambitious, and another example of aiming “too much, too soon.” Caution is, therefore, advisable.

Let’s first be clear as to what constitutes “green” power. As clarified by the Special Assistant himself during the event, the green generation portfolio will include solar, wind, biomass, and hydro (53 or 54 per cent collectively by 2025). Add to it, nuclear plants (10 per cent) and the total reaches 64 per cent. Though one can argue whether nuclear plants should be included under the “green” umbrella due to the still unresolved issues of safe disposal of nuclear waste, let’s leave it for some other occasion. 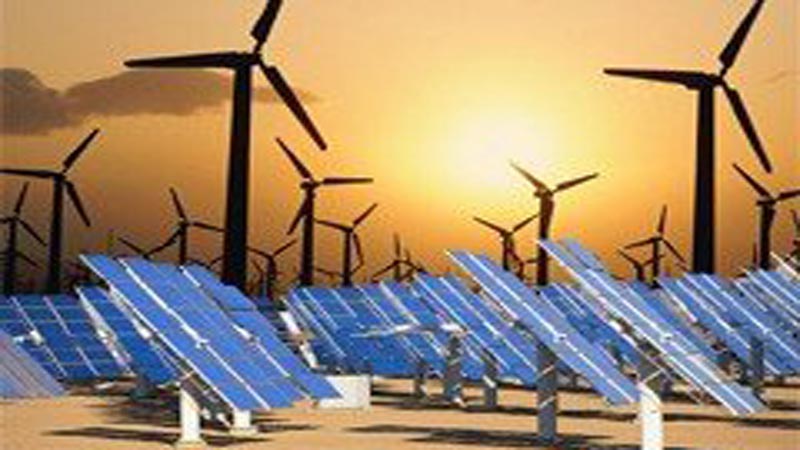 Though the targets of 20 per cent by 2025 and 30 per cent by 2030 have been previously announced by the government and are also stated in the draft Alternative and Renewables Technologies (ARET) Policy 2019, these are not reflected in the strategic plan that the National Transmission and Despatch Company (NTDC) has prepared and is currently under review of NEPRA. Perhaps, these targets were announced after the NTDC’s preparation of its plan.

While it’s not too difficult to ramp up renewable capacity to 20 per cent from the 12 per cent envisaged in the NTDC’s plan, the cause of concern isn’t this possibility, but the provision of the other requisite infrastructure, facilities and technical and institutional capability in the country, which is inevitable to derive the full range of benefits that renewable power generation can provide to the nation. There will be multiple constraints in the way of achieving such ambitious targets so quickly. If one goes by the achievements of the government in the past 14 months, the future is anybody’s guess.

According to the IGCEP 2018-40, most generation capacity expansion projects are already committed until 2025 and are at various stages of development. It is unclear whether the new renewable capacity will replace the existing plants or top these. In both cases, it’s worrisome. In the former case, even if it’s practicable and economic, the intermittent and variable renewable plants can pose serious implications for maintaining the reliability in the grid. In the latter case (perhaps more likely), due to their negligible operating costs, energy from the renewables will displace that from some existing plants, thus, affecting negatively on the existing capacity and fuel-related contractual commitments.

Fast track generation capacity additions will entail the development of T&D networks and facilities (new buildings or reinforcement of existing ones), at least in step with these additions. This will require considerable funding and technical capacity, not to mention the time, which will be required to plan and build these networks. Assuming that renewable projects will be developed without any allied storage system (as the cost of electricity storage, though on the decline, is still quite high), where will the capacity to back up the intermittent and variable energy from solar and wind plants will come from? If from the existing plants, it will certainly have technical and financial implications. We hope these aspects have been properly studied by the government and will be dealt with in due course.

According to a recent study by LUMS Energy Institute, the capacity component of the average supply cost in Pakistan, currently, around 50 per cent will grow to 70 per cent by 2025. For properly planned and effectively managed utilities, this component in consumer tariffs should not exceed 10 per cent. Currently, these tariffs are around six per cent in Spain and the UK. For the systems in the north-eastern part of the US, these are somewhat higher but still in the 10 to 20 per cent range. The government must realise that electricity tariffs have already crossed the affordability threshold of most consumers, and its new policies for promoting renewables must strive to bring these back to acceptable levels.

The Special Assistant stated that solar and wind projects will be developed as hybrid systems in common locations to alleviate their intermittency and variability. We hope his team has carried out proper studies to establish the synergies that their hybrid development at the same location can provide, and not on mere expectation. Generally, solar irradiation and wind peak at different times of the day and are, thus, negatively correlated with each other. Hybrid developments at a common location may offer some benefits in terms of avoiding transmission system redundancies upstream but this gain has to be sufficient to offset the loss that is inevitable when trying to optimise the hybrid system for both solar and wind.

It is also not prudent to focus on the supply and T&D sides of the equation only. The forecast electricity demand should also figure in the equation. To maximise the utility of the green power (64 per cent by 2025), we will not only need extensive load growth in the country but major changes in its daily and seasonal profiles also. Electricity demand in the country is currently on the decline, and the NTDC predicts it to remain below five per cent in the next decade. Its profile has also been deteriorating and becoming peakier over the past decade, meaning that the system now requires more peaking capacity to cater to this portion of demand that comes on the system only a fraction of time, thus, adversely affecting the power supply costs.

The government must target to shift consumer electricity demand to times of maximum green power availability; meaning that load shape will need not only flattening but also shifting to peak solar and wind production periods, something easier said than done. Efforts to improve system load factors will require relentless campaigns by the relevant entities and many years to materialise. The government’s efforts to develop new industrial zones in the country are a good decision, but will also not come overnight.

More than anything, our energy sector leaders must view their policies in their full context by identifying all direct, indirect and tertiary consequences on the economy and society. They must also ensure, as much as is possible, that these do not miss out on any critical aspect in the supply-demand balance as the consequences of their sub-optimal policies and plans have to be ultimately paid by the citizens, and perhaps very dearly.

The writer is a freelance consultant, specialising in sustainable energy and power system planning and development