Top 10 facts about the Japanese capital

* Should we call it Tokyo or Edo? 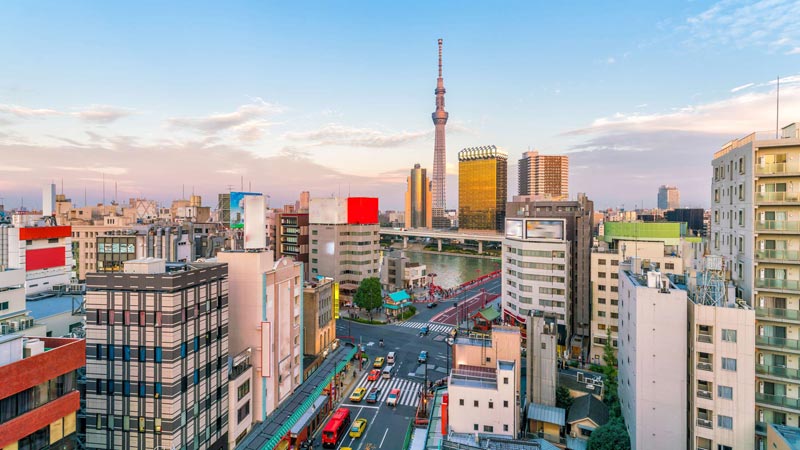 Greater Tokyo is the world’s most populous metropolitan areas and is the centre of Japanese culture, finance and government. Tokyo is also a major transportation hub and a world economic and industrial centre. The city boasts a large number of world-class institutions of higher education, the highest concentration of universities in Japan. As Japan is the largest high technology country of the world. Tokyo being the capital of Japan is among the most advanced cities of the world when it comes to technology. Talking about the capital of the land of the rising sun. Here we shall discuss the top 10 most amazing and incredible facts of Tokyo which will blow your mind.

TOKYO WASN’T THE CITY’S ORIGINAL NAME — should we call it Tokyo or Edo? Well you might be wondering what Edo is. It’s the actual name of Tokyo. Yes! Until 1868, the city was known by its original name: Edo. In 1869, it became the capital of Japan. Tokyo was originally known as Edo, which means “estuary” (where the tide meets the stream.) located along the northwestern shore of Tokyo Bay, an inlet of the Pacific Ocean.

The most adventurous city in the world, Tokyo had an old name too. The reason to that was the ruler there at that time. There is also a museum in Tokyo which is called Edo-Tokyo Museum. It tells about the complete history of why Tokyo was called Edo and what’s the actual reason behind it.

TOKYO WAS THE FIRST CITY TO TOP 20 MILLION PEOPLE — one of the most advanced cities of the world TOKYO is also the largest metropolitan city of the world with more than 10 million people who call it home as per 2018 report but interestingly this year reports are unbelievable which says that the population of Tokyo in 2019 is expected to be 13.932 Million + 0.1864 Million = 14.1184 Million. Therefore, the population of Tokyo in 2019 as per estimates is 14.1184 Million. So the population is increasing day by day. Furthermore this is just a number of people living inside Tokyo but there are more than 37 million people who just call Tokyo their home. So the most advanced city is also the busiest city.

The graph below tells us that majority of people living in Tokyo are between 15 to 64 years of age.

WORLD’S BUSIEST STATION — Shinjuku Station in Tokyo, Japan is the world’s busiest railway station. An average of 3.64 million passengers per day pass through the station, which has over 200 exits. Because of the massive amount of traffic, Shinjuku Station is registered with Guinness World Records. Shinjuku Station is situated in Shinjuku which is a ward in Tokyo. Special wards of Tokyo are a special form of municipalities in Japan under the 1947 Local Autonomy Law. They are city-level wards which are basically the primary subdivisions. Keeping in mind that there are 23 special wards in Tokyo.

TERM CALLED ‘CAPSULE HOTELS’ ARE AVAILABLE IN TOKYO — you might be wondering what capsule hotels actually are? So let me tell you capsule hotels are basically designed there so that you can enjoy Tokyo on a budget when all you’ve to do in your hotel is to sleep. It gives you access to small luxurious cabins where you can stay at night. You’ll not able to live in them but it’ll provide you with a good nice cabin night stay. Make sure to visit Capsule Hotels in Turkey to enjoy your visit on a low budget. Many of these rooms will cost you less than $50 per night, so if all you’re doing in your room is sleeping, why spend the extra money?

The most adventurous city in the world, Tokyo had an old name too. The reason to that was the ruler there at that time. There is also a museum in Tokyo which is called Edo-Tokyo Museum. It tells about the complete history of why Tokyo was called Edo and what’s the actual reason behind it

GINZA DISTRICT IN TOKYO — Ginza is Tokyo’s busiest shopping area and is as iconic as Times Square in New York, and much older: it’s been the commercial centre of the country for centuries, and is where five ancient roads connecting Japan’s major cities all met. At weekends, when everything is open, it’s a shopper’s paradise as traffic is barred, making it one of the world’s largest pedestrian zones. 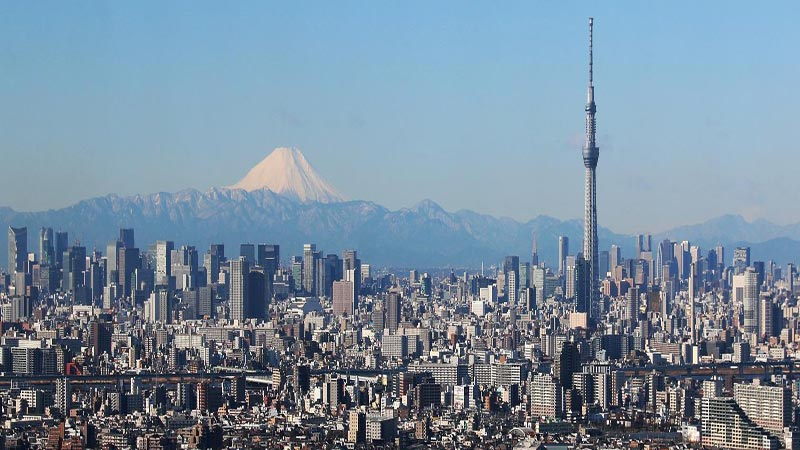 FIRST BULLET TRAIN (TOKYO TO OSAKA) — before the Hikari No. 1 was launched in October 1964, travelling by train between Tokyo and Osaka – Japan’s two largest cities – would take the best part of a working day. But with a top speed of 210 kph, the world’s first bullet train reduced the journey to 4 hours. Today, thanks to further technological developments, the trip takes just over 2 hours, soon to be reduced to around an hour. So talking about technology Tokyo, Japan is leading the world and making wonders.

TOKYO’S IMPERIAL PALACE — Tokyo’s Imperial Palace is a large tourist attraction that is mostly closed to the public. However, some special areas open to the public on the Emperor’s birthday and New Year. It which serves as the main residence of the Emperor of Japan and his family. Located in Tokyo, the palace is like a park-like residence. The palace grounds including with the gardens, covers an area of 7.41 square kilometres. Outer gardens of the imperial palace in the south are also open to tourists where the bronze statue of Prince Yoshihisa can be seen.

EIFFEL TOWER IN TOKYO? — there’s a tower exactly similar to Eiffel Tower in Tokyo, Japan. The purpose for which Tokyo Tower was built in 1958 was to serve as a TV broadcasting antenna for the Kanto region. It is painted orange and white in accordance with aviation safety rules. A. There are 15 floors in Tokyo Tower. It’s became a centre of attraction in Tokyo. Japanese being the most productive nation of the world are not only using it as a source of tourism but also broadcasting the Kanto region with this beautifully made Eiffel Tower (Tokyo Tower). The approximate height of Eiffel Tower is 324 meters till the tip, whereas Tokyo Tower is taller, with a height of 333 meters.

They can be found in huge racks in train stations and on street corners all over the country providing everything from hot ramen noodles to fresh eggs.

THE GREATER TOKYO AIR RAID — on a clear night in March 1945, more than 300 U.S. B-29 bombers launched one of the most devastating air raids in history. By dawn, more than 100,000 people were dead, a million were homeless, and 40 square kilometres of Tokyo were burned to the ground. More people were killed in the Tokyo firebombing of March 9-10 than in the atomic bombings of Hiroshima and Nagasaki five months later. Yet it remains one of the forgotten horrors of the Second World War. About 700 recently discovered photos of the attack and its aftermath are now on display at a small museum in Tokyo.

The writer can be reached at aamnax114@gmail.com