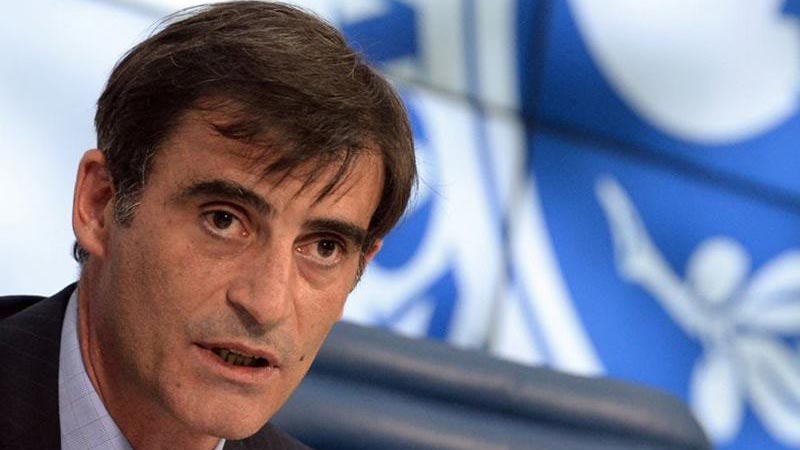 The International Monetary Fund (IMF) mission and the local authorities reached a staff-level agreement on the first review under the Extended Fund Facility (EFF) for Pakistan after it was observed that the end-September performance criteria “were met with comfortable margins”.

According to a press release issued by the mission on Friday, the two sides reached the agreement during the visit by an IMF mission, led by Ernesto Ramirez Rigo, from October 28 to November 8 to Islamabad. During this time, meetings with PM and the government economic team, provincial governments and other stakeholders were held.

The IMF mission, on the basis on its preliminary findings, will prepare a report that, subject to management approval, will be presented to the IMF’s Executive Board for discussion and decision making.

“All performance criteria for end-September were met with comfortable margins and progress continues towards meeting all structural benchmarks,” said the mission in its statement, which was also tweeted by Federal Minister of Economic Affairs Hammad Azhar.

According to the statement, the government’s policies have started to bear fruit, helping reverse the buildup of vulnerabilities and restore economic stability.

“The external and fiscal deficits are narrowing, inflation is expected to decline, and growth, although slow, remains positive,” read the statement.

Rigo, the mission chief, at the conclusion of the visit confirmed that the agreement had been reached.

“The Pakistani authorities and IMF staff have reached a staff-level agreement on policies and reforms needed to complete the first review under the EFF. The agreement is subject to approval by IMF management and the Executive Board of Directors,” he said. He added that completion of the review will enable disbursement of SDR 328 million (or around US$ 450 million) and will help unlock significant funding from bilateral and multilateral partners.

“Despite a difficult environment, the programme implementation has been good, and all performance criteria for end-September were met with comfortable margins. Work continues towards completing the remaining structural benchmarks for end-September.”

Talking about measures against terror financing and money laundering, he said, “Significant progress has been made in improving the AML/CFT framework, although additional work is needed before March 2020. International partners remain committed to supporting the authorities’ reform efforts, providing the necessary financing assurances.”

“On the macroeconomic front, signs that economic stability is gradually taking hold are steadily emerging,” said Rigo. The mission chief said that the external position is strengthening, underpinned by an orderly transition to a flexible, market-determined exchange rate by the State Bank of Pakistan (SBP) and a higher-than-expected increase in SBP’s net international reserves.

“Budgetary revenue collections are growing on the back of efforts on tax administration and policy changes, and despite the ongoing compression in import-related taxes. Inflation pressures are expected to recede soon, reflecting an appropriate monetary stance. Importantly, measures to strengthen the social safety net are being implemented, and development spending is being prioritised.”

Talking about the macroeconomic outlook of the country, he said, “The near-term macroeconomic outlook is broadly unchanged from the time of the programme approval, with gradually strengthening activity and average inflation expected to decelerate to 11.8 per cent in FY2020. However, domestic and international risks remain, and structural economic challenges persist.”

“Discussions focused on policies to support Pakistan achieve strong and balanced growth. Fiscal prudence needs to be maintained to reduce fiscal vulnerabilities, including by carefully executing the FY 20 budget, implementing the new Public Finance Management legislation, and continuing to broaden the tax base by removing preferential tax treatments and exemptions, while protecting critical social and development spending,” he added.

“Advancing the strategy for electricity sector reforms, agreed with international partners, is important to put the sector on a sound footing, and remove recurrent arrears and accumulation of debt,” the mission chief said.

He said that further efforts to strengthen SOE governance and operations, advance anti-corruption reforms, and improve the business environment are key to mobilise investment and support growth and job creation.

“The authorities recognise that the decisive implementation of these policies is indispensable for entrenching macroeconomic stability and restoring robust and balanced growth.”