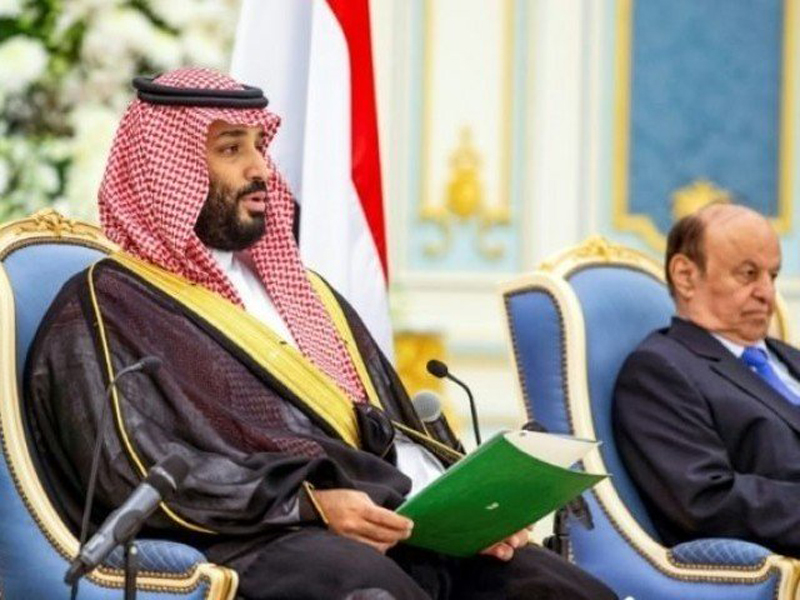 RIYADH: Riyadh has an ‘open channel’ with Yemen’s Iran-backed rebels with the goal of ending the country’s civil war, a Saudi official said on Wednesday, weeks after the rebels offered to halt attacks on the kingdom.

The comment comes after Saudi Arabia brokered a power sharing agreement between Yemen’s internationally recognised government and southern separatists, which observers say could pave the way for a wider peace deal.

“We have had an open channel with the Houthis since 2016. We are continuing these communications to support peace in Yemen,” a senior Saudi official told reporters. “We don’t close our doors with the Houthis.”

The official, who declined to be named, did not describe the nature of the communication but the development came after rebel missile and drone attacks on Saudi cities spiked over the summer, followed by a lull in recent weeks.

There was no immediate comment from the Houthi rebels, who seized the capital Sanaa and much of northern Yemen in 2014, sparking a Saudi-led military intervention the following March.

Washington too is in talks with the Houthis, Assistant Secretary of Near Eastern Affairs David Schenker said during a visit to Saudi Arabia in September.

He did not say whether the Americans were holding talks separately with the rebels, but analysts say they were likely happening in consultation with Saudi Arabia, a key ally of Washington.

The Saudi-led coalition intervened in Yemen in 2015 as the rebels closed in on second city Aden, prompting President Abedrabbo Mansour Hadi to flee into Saudi exile.

Riyadh had reportedly hoped for a quick win against the Houthis, but instead waded into a quagmire that has cost it billions of dollars and hurt its reputation, while devastating the Arab world’s poorest country.

Wednesday’s confirmation comes amid the slow implementation of a landmark ceasefire deal for the key aid port of Hodeida, which was agreed between the government and the rebels in Sweden late last year.

The deal was hailed as Yemen’s best chance so far to end the four-year conflict, but it appears to be hanging by a thread with breaches reported by both sides.

“If the Houthis (are) serious to deescalate and accept to come to the table, Saudi Arabia will support their demand and support all political parties to reach a political solution,” the Saudi official said.

The Houthis, on their part, have offered to halt all attacks on Saudi Arabia as part of a wider peace initiative, later renewing their proposal despite continued air strikes by the Saudi-led coalition.

The offer came after the Houthis claimed responsibility for attacks on September 14 against two key Saudi oil installations that temporarily knocked out half of the OPEC giant’s production.

Riyadh and Washington, however, blamed Iran for the attacks — a charge denied by Tehran.

“Saudi Arabia still believes that there is significant risk from the Houthi rebels, but it has not managed to get consistent international support for its intervention in Yemen,” Fatima Abo Alasrar, a scholar at the Middle East Institute, told AFP.

“It would appear wise for the Saudi kingdom to continue seeking diplomatic channels with the Houthis directly.”

Yemen’s Riyadh-backed government signed a power sharing deal with southern separatists on Tuesday, in a bid to end infighting that had distracted the coalition from its battle against the Houthis.

The Riyadh agreement, hailed as a stepping stone towards ending the wider conflict, would see the government return to Aden and place armed forces from both sides under the authority of the defence and interior ministries.

“The deal prevents a collapse of the fragile alliance of Yemeni forces that Saudi Arabia has supported since intervening in Yemen in March 2015 to prevent Houthi rebels from taking over the country,” Peter Salisbury, an analyst at the International Crisis Group, said in a report.

“The question now is whether the agreement can act as a bridge to a nationwide political settlement or if it simply marks a pause before another round of violence.”