* The Celts is the area now inhabited by Ireland, United Kingdom and Northern France 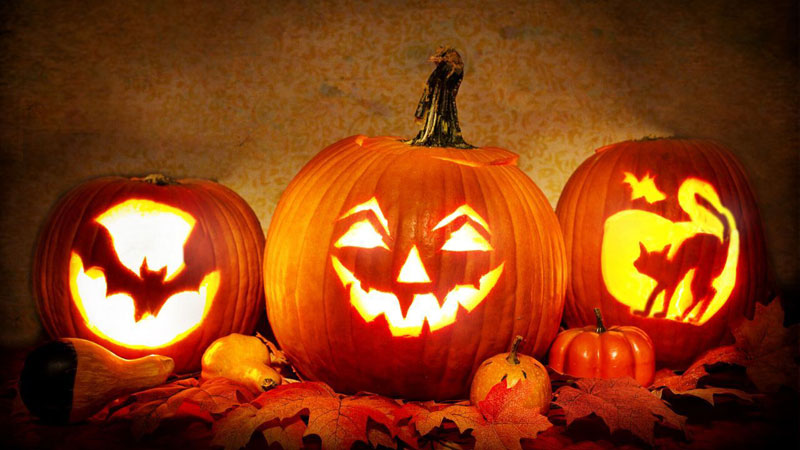 The tradition of Halloween originated from the ancient Celtic festival of Samhain when people would light bonfires and wear costumes to ward off ghosts. Over the years, Halloween evolved into a day of activities like trick or treating, carving jack o lanterns, festive gatherings, donning costumes and eating treats.

The Celts is the area now inhabited by Ireland, United Kingdom and Northern France. The day marked the end of the summer and harvest and beginning off the dry cold spell of winter, the time of the year often associated with human death. The Celts believed that on the night before the New Year, the boundary between the dead and alive became blurred. They celebrated the festival of Samhain on the night of October 31stwhen it was believed that the ghosts of the dead returned to the earth.

Halloween is dyed in black and orange. Black and orange are typically associated with Halloween. Orange is a symbol of strength and endurance and along with brown and gold stands for the harvest and autumn. Black is typically a symbol of death and darkness and acts as a reminder that Halloween once was a festival that marked the boundaries between life and death.

Pumpkins, cats, ghosts and ghouls, witches, wizards, pixies and elves. Halloween is an imaginary, an unreal event. As kids dress up in scary costumes and let their imagination run wild, trying to frighten all those who come in front of them the question that comes to my mind is aren’t we living in a country where Halloween is permanent? Isn’t Halloween a perpetual syndrome in our country?

“All the worlds a stage,

And all the men and women merely players, They have their exits and their entrances,

Halloween is dyed in black and orange. Orange is the symbol of strength and endurance and along with brown and gold stands for harvest and autumn. Black is typically the symbol of death and darkness and acts as a reminder that Halloween once was a festival that marked the boundaries between life and death

And the one man in his times plays many parts” We are all players in the playground of the world and we all have roles to play! Some bad some good but each and everyone has to play his/her part. 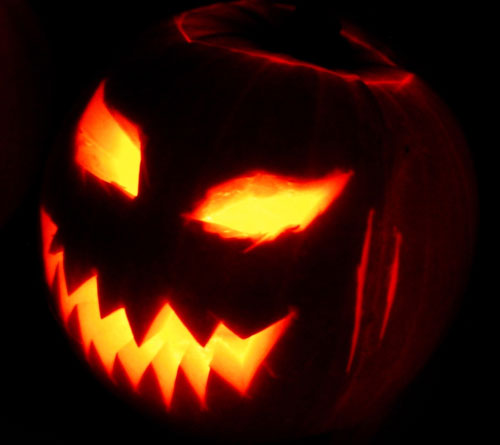 Politicians, stage actors, businessman, anchor persons all are part of the game. The idea is to win be it by hook or by crook. Terrorism, fanaticism, sectarianism, are all doctrines-rigid teachings by which the country runs. We are all fit for a Halloween. There is never ending drama in our lives. Every day, every moment is a continuous Halloween experience for us.

From what began as a superstitious activity for the Celts and evolved overtime into a fun-filled activity for children, finally came to be synonymous with the absurdity of the world we are dwelling in!

Halloween need not take October 31st as the day to be celebrated on, everyday is Halloween-a chilling, creepy, eerie condition. The horrifying news of accidents, suicide, murders, diseases, unnatural deaths, natural disasters and man induced catastrophes are all encompassing of Halloween!

Halloween began with carving pumpkins and decorating them. But it is the very pumpkins whom we chose to kill that are ensnaring us and twining us in their vines.

Halloween is a celebration of the evil and deadly. And there is no escape from Halloween! All 365 days of the year are Halloween! It is a curse upon us for our very own actions!

Is it just another festival or is it an eye opener for the kind of world we are living in?

Look inside yourself and question. Meditate to look for answers no matter how harsh and cruel they might be!