Living in a big city is always enjoyable as people get a lot of facilities and services there as compared to rural areas and the countryside. Thousands of people commute daily to find employment in the cities. Cities offer many services like employment, medical facilities, better education, transport, better roads, entertainment facilities, sports clubs, quality food, safe and clean drinking water because of the availability of modern treatment facilities and above all modern infrastructure facilities. Many people from rural backgrounds dreamt to live in cities or move from villages or countryside to cities because of the availability of these facilities. No doubt one will cherish to live in a big city. 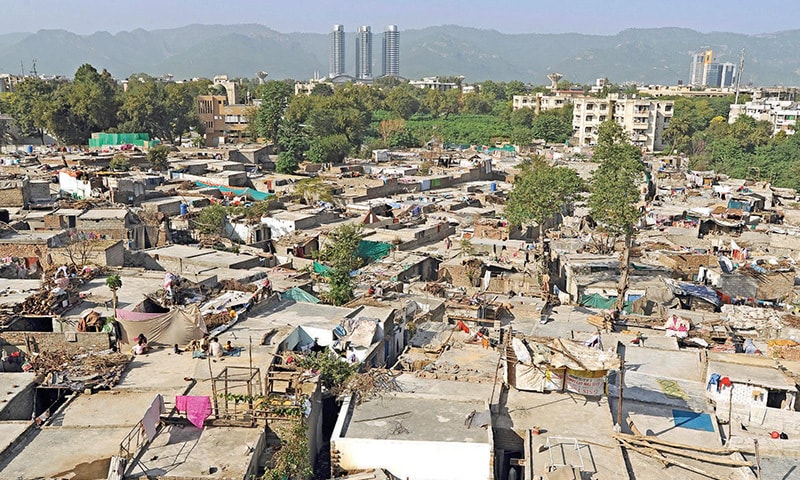 But despite having all these facilities, metropolitan cities especially cities in developing countries have made the life of urban communities a nightmare. Instead of facilitating the lives of people now metropolitan cities and megacities have proved a hub of diseases and problems. Many problems that exist in cities are the result of poor planning and ineffective urban management. That’s why these problems can be called as planning problems or urban planning problems. Cities are facing many planning-related challenges that can be solved through flexible and problem-solving planning techniques.

The biggest challenge that cities are facing is urbanization. Before 1850, no city could be described as fundamentally urban but now all industrial nature and also less developed countries are urban. As time goes by the cities are becoming more and more urban as people living in the less developed societies move toward the urban living patterns that have been common in many advanced countries for some time. Today, 54 percent of the world’s population lives in urban areas, a proportion that is expected to increase to 66 percent by 2050. Projections show that urbanization combined with the overall growth of the world’s population could add another 2.5 billion people to urban populations by 2050, with close to 90 percent of the increase concentrated in Asia and Africa (UN DESA’s population division).

It is recognized that over 71% of the city’s growth takes place outside the formal planning practices and in developing countries over 30% population is living in slums or Katchi Abadis where public land and sometimes private vacant land is being used for slums through illegal occupation. In African countries especially in sub-Saharan Africa, almost 89% of new urban settlements are taking the form of urban slums as the population growth rate is highest in the world in this part of the globe. These slums don’t have open and green spaces with no or very poor water, sanitation, drainage, sewerage, gas and electricity facilities making them most vulnerable to climate changes or any crucial disastrous situation. This issue of unplanned urbanization is also a major concern in the developed world. Urban areas generate almost 81% of the greenhouse gas emissions worldwide, making urban policies to fail instead of succeeding.

The total population of Pakistan including Gilgit Baltistan is 21,27,42,631 (Pakistan Bureau of Statistics 2017). According to the 1998 census, the population of Pakistan was 132,352,279 and the difference in population from 1998 to 2017 is 80,39,03,52 which is almost 61% percent of 1998’s population. An increase in population has resulted in more urbanization in the cities and now Pakistan has two megacities having a population more than 10 million. Lahore and Karachi are the megacities of Pakistan. Lahore being a megacity, where offers numerous opportunities also hosts a lot of urban planning problems. Lahore having population 51,43,495 in 1998 now hosts more than 11.3 million people. Though urbanization is not a problem but rapid urbanization which is usually not manageable is a big problem.

Rapid urbanization has resulted in haphazard development in the urban areas and on the periphery of the city as well which has changed the landform of the city. It is uncontrolled urbanization which results in many problems in the urban areas. It is challenging the urban managers and city planners to manage the urban population and decentralize the urban activities to make the urban centers free from too much congestion and encroachments, traffic jams, and pollution. Haphazard development has resulted in urban sprawls, Katchi Abadis, slum and squatters in any city which is a challenging job for the urban managers. This is because of less affordable housing provision by the government and law enforcement authorities like Lahore development authority (LDA).

Air pollution is damaging the lives and health of urban populations all over the world and it’s turned out to be a serious urban planning problem due to the extinction of green belts and grey structure all around. Air pollution accounts for over 3 million deaths all around the globe. Lahore was once known as the city of gardens but now Lahore is one of the most polluted cities in the world. The safe level set by the WHO for air pollution is 10 µg/m3 of PM2.5 particles.

Lahore has an annual average of 68 µg/m3. That is 6.8 times the WHO’s safe level. Pakistan is at rank 4 among the most populated countries in the world (WHO). In Pakistan, there are nearly 59,241 deaths every year due to air pollution, out of which 13,683 are children (Breath Life campaign). The availability of safe drinking water is an increasingly major concern for the interventional community, especially in light of changing climate-depleting biodiversity. Access to safe drinking water for domestic use has become a major challenge for contemporary societies with its increased demand.

Demand for clean and safe water has become more acute in the context of the growing global population, particularly in less-developed countries. Hence, urbanization has been phenomenal and puzzling with a rapid shift from 15% in 1950 to about 41% in 2007. It is estimated that, by 2030, the continent may attain 54% of urban. It is estimated that close to 300 million people do not have access to drinking water. Results of the research showed that water used in most households in developing countries are unsafe for consumption. It is also evident that each year, contaminated drinking-water contributes to the death of millions of the poorest people of the world from preventable diseases. In Pakistan, 44 percent population doesn’t have access to clean drinking water and by 2020 Karachi will face 600 MGD shortfall (Pakistan Council of Research in Water Resources PCRWR).

Traffic load has now made the situation worse for the people to move freely in the urban centers and also affected the LOS (level of service) and road infrastructure. Traffic jams in the urban areas are causing serious health issues as well as headaches, depression and mental disorders. Time delays, non-serious behavior of public towards traffic rules, hurry to reach the destination and poor implementation of traffic rules by law enforcing agencies have worsened the situation.
We don’t have a housing problem, we have a land speculation problem.

Land speculation is a worldwide phenomenon and many developed countries have been suffering from this tumor for many years. Lahore right now is the hub of real estate in Pakistan and real estate considered to be a profitable investment. This phenomenon has led to serious affordable housing problems for the urban poor. There is already a backlog of more than 8 million housing units which is growing approximately by about 300,000 units every year. The international standard of per room density is 1.1 persons while in Pakistan it is 3.5 persons. The provision of housing has remained a core task for the planning agencies in Lahore i.e. Lahore Development Authority (LDA) developed a lot of schemes in the Lahore city for the welfare of the inhabitants as well as Punjab Housing and Town Planning Agency (PHATA) has also developed the schemes in the Lahore city.

Government and planning authorities should define the boundary of cities. The government should develop satellite towns around developing cities with all facilities to guide the plan development and sustainable growth like London.

The government should encourage investment in undeveloped and underdeveloped areas through public-private partnerships by giving them tax relief. As all these problems are not linked with Pakistan only but also identified and recognized at the international level, Pakistan should collaborate with all the delegations and protocols that are made at the international level and should learn from the experience of developed countries who overcame from such planning problems successfully.

The writer is a final year student of City and Regional Planning Department, University of Engineering and Technology, Lahore.