The Pakistan Cricket Board (PCB) has officially terminated the role of Sarfaraz Ahmed as captain of Pakistan’s test and T20 squads. The PCB removed Sarfaraz from captaining the test and T20 squads citing a reason of “drop in overall form”. One could feel as though the decision was coming sooner than later. The decision itself made the anxiety go away and officially put an end to all the speculation surrounding his ouster from captaincy. The decision has put an end to the burden and misery that Sarfaraz had to carry with him as the captain of a side that was not winning too many matches under him, especially in test match cricket. However, the misery does continue as Sarfaraz was overlooked for selection in the upcoming series against Australia. 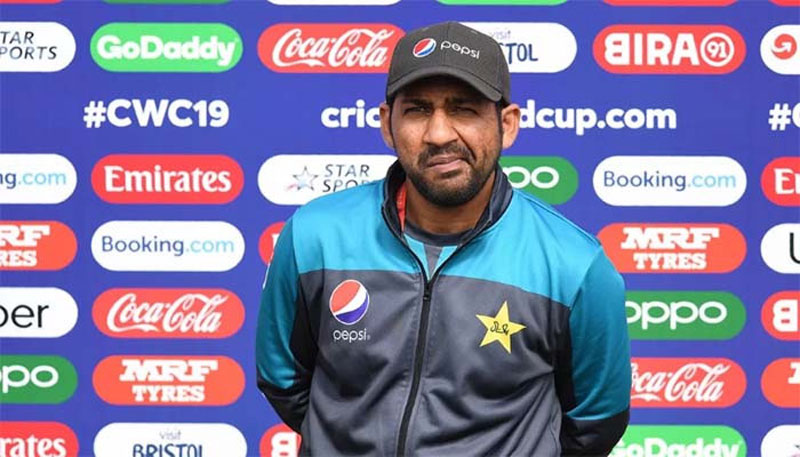 Sarfaraz’s reign as captain began in the T20 format where he was given the captaincy following Pakistan’s disastrous World T20 campaign in 2016. He replaced Shahid Afridi. Judged as captain across all formats, Sarfaraz tasted much success in the shortest format of the game where he captained Pakistan in thirty-seven matches, winning twenty-nine (the most amongst the previous six T20 captains), and losing eight. Sarfaraz began hisT20 captaincy with a win against England in a one-off T20. His most successful stint as T20 captain was probably when Pakistan whitewashed 2016 World T20 champions West Indies in a three-match series. His captaincy in T20 recently put Pakistan as the number one T20 side in the world.

Under Sarfaraz’s captaincy Pakistan also won a whopping eleven consecutive T20 series. As per nature, a certain period of time does not exist forever, and Sarfaraz lost his Midas touch during the recently concluded T20 series against Sri Lanka where Pakistan were whitewashed in three matches. However, removing Sarfaraz as captain and ultimately, dropping him from the team on the basis of this one series seems a bit too harsh. Perhaps his performance as player and captain in one-day internationals also carried weight behind his removal.

In 2017, following the resignation of then captain Azhar Ali, Sarfaraz was appointed as captain of the Pakistan ODI squad. At the same time, he was also made vice captain of the test side. In his very first series as ODI captain, Pakistan beat West Indies two-one. However, Sarfaraz’s claim to fame as ODI captain was undoubtedly cast on Pakistan winning the ICC Champions Trophy in 2017 in an emphatic style. In that tournament, Pakistan were heavily defeated in their opening game against India, and were dubbed to exit the tournament early. However, turnarounds against South Africa and Sri Lanka saw Pakistan earn a spot in the semi-finals of the tournament against the host nation England. In the semi-final Pakistan won comprehensively to set up another encounter in the final against India. Pakistan blasted India by scoring 338 runs to win the match and become champions.

As his performance would have it, Sarfaraz was named captain and wicketkeeper of the ‘Team of the Tournament’ at the same event by the ICC and Cricinfo.

Apart from the Champions Trophy win, Sarfaraz went on to captain Pakistan in fifty ODIs, winning twenty-eight and losing twenty. The often erratic and anxious wicketkeeper-batsman had a struggling World Cup this year, and rumors about his ouster began to creep in when Pakistan failed to make the semi-finals of the tournament.

As per PCB’s policy of opting for seniority when choosing captain, Sarfaraz became the thirty-second test captain of Pakistan when the legendary Misbah-ul-Haq called it quits after Pakistan’s tour of West Indies in 2017. Sarfaraz’s reign as test captain did not begin all too well as Pakistan lost a test series against Sri Lanka two-zero in their home away from home, in the UAE. It was Pakistan’s second whitewash in a home series with their first being against Australia three-zero.

Sarfaraz’s stats as test captain could disappoint him as he captained Pakistan in thirteen tests, winning only four and losing eight. It became evident later on that his temperament was not going well with the five-day game as his confidence began to shrink, and he was struggling to get the best out of his players if not gel them together.

Playing domestic, scoring runs and improving on his fitness are the areas that Sarfaraz will have to focus on in order to get his place back into the side

Dropping Sarfaraz as captain from tests does make sense, as he was not being able to adjust himself to the role and get results. His lack of tolerance and anxiety got the better of himself on the field in pressure situations as he was not being able to get the best out of the other ten players. However, dropping him from the team altogether is rather absurd, especially at a time when Pakistan’s batting is rather flaky, and has been for quite some time. The PCB knows for a fact that Sarfaraz is a fighter and does not back down when the chips are down. After the legendary Javed Miandad, Sarfaraz is the gutsiest player to have ever played for Pakistan. He is indeed a match winner and has proven so in his innings against Australia back in 2014 at Abu Dhabi, and also recently against the same opposition a year or so back.

Sarfaraz’s gritty and determined innings against Ireland in the 2015 World Cup where he got a hundred is not less either. If he has talent, potential and determination then why was he dropped from the side? Rumor has it that Sarfaraz was not letting go of the captaincy, and the PCB were at a point where they had told him to resign and step down respectfully or face a direct sacking from the board. It is speculated that PCB CEO Wasim Khan went to Faisalabad during the on-going National T20 Cup to personally convey this message to Sarfaraz. Sarfaraz did notagree with PCB’s wishes and told them to do what they liked.

Did the PCB get offended by such a response that they decided to axe Sarfaraz altogether? Was this a decision that one is above authority and comply one must? If so, the PCB should look at the bigger picture and understand that we need a talented batsman like him in the side. Getting back into form will be a matter of time as he is relieved from the captaincy and can now just focus on his batting.

The replacements for Sarfaraz in tests and T20s are Azhar Ali and Babar Azam respectively. Azhar Ali has been tried and tested as PCB’s superiority policy has them once again going in circles. Was Shan Masood not a suitable candidate? As far as Babar Azam is concerned, it would have been better for him to just focus on his batting as he is doing so well that he is being compared to the fab four of Kohli, Root, Williamson and Smith. The pressures of captaincy are likely to creep into Babar’s game, and with that his batting could suffer making him follow in the same footsteps as Sarfaraz Ahmed.

So for Sarfaraz it could be going back to the basics. Playing domestic, scoring runs and improving on his fitness are the areas thatSarfaraz will have to focus on in order to get his place back into the side. It should not be difficult for him as he has fighting spirit. In the meantime it’s back to uncertainty with the Pakistan team, especially at the number fourposition.