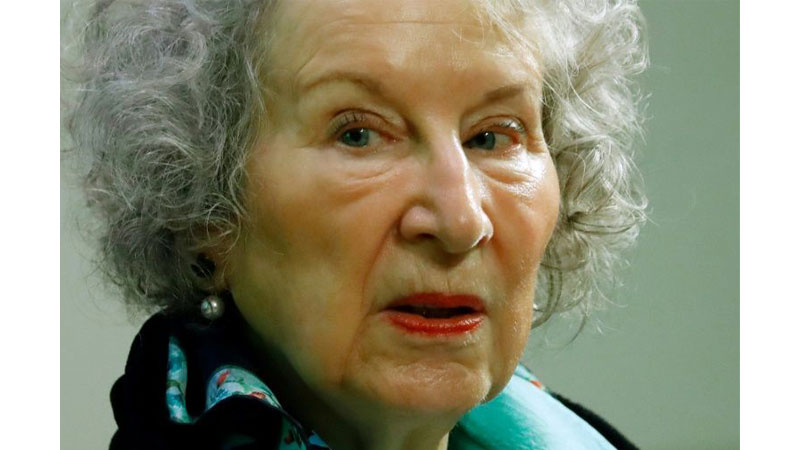 From being “embarrassed” about Brexit to losing sleep over the climate crisis, here’s a look at what star authors had to say about the state of the world at this week’s Frankfurt book fair, which ends Sunday.

“This is our last chance as the human race. If we don’t get it right soon, that’s it for us,” the legendary novelist told audiences, adding that her biologist father was already sounding the climate alarm back in the 1950s.

Atwood, 79, who this week co-won the prestigious Booker Prize for her sequel to the dystopian classic “The Handmaid’s Tale”, said she fully supported Extinction Rebellion campaigners who use peaceful disruptive action to draw attention to climate change.

“I have watched this unfold over the decades. I wrote a trilogy centering around the extinction of species and the climate crisis that is now upon us.

“So I was very happy to see all these young people show up. Like, where have you been all my life!”

Norwegian novelist Lunde, who is working on a quartet of climate fiction books that started with the smash hit “The History of Bees”, admitted to losing sleep about the environment.

“I suddenly wake up and see images of the Amazon burning,” she told the fair.

“Right now, I think a lot of us know on an objective level that the state of the world is really bad,” the 44-year-old said.

“But we haven’t really understood with our hearts. And I think literature can be a way into our hearts,” Lunde added, calling for urgent action.

“Homo sapiens is an amazing animal. Think of all the things we have done. Of course we can stop the climate and nature crisis if we truly want to.”

Ken Follett: ‘We still love you’

The 70-year-old British author railed against his country’s decision to leave the EU and the lost opportunities it presented for the nation’s young people.

“I am embarrassed because my country is saying to our European neighbours: we don’t want to be part of your club, we don’t like you, and a lot of them are saying ‘we’re better than you’.

Follett, whose global bestsellers include “Eye of the Needle” and “The Pillars of the Earth”, said he would embark on a “Friendship Tour” of European cities next month with fellow British novelists Lee Child, Kate Mosse and Jojo Moyes.

“We are just going to make this little tour just to say to our readers: We still love you.”

“America is very racist, has been racist since its founding and will be for all our lifetimes,” said Whitehead, who won a Pulitzer Prize for “The Underground Railroad”, a novel about black slaves escaping the American south.

“We are not wriggling free from our ignorance and prejudice anytime soon,” the 49-year-old added, decrying efforts in the United States to suppress the voices of minorities by closing voter precincts or through voter ID requirements.

“There’s a continuum between slavery and Jim Crow and now. There are people who are up late, mostly Republicans, who are thinking up ways to subjugate poor people and people of colour.”

His latest book “The Nickel Boys”, set in the 1960s, was inspired by the discovery of 55 unmarked graves at a Florida reform school for boys.

“It was tough writing these books back to back. So my next one is going to be about puppies,” he joked.