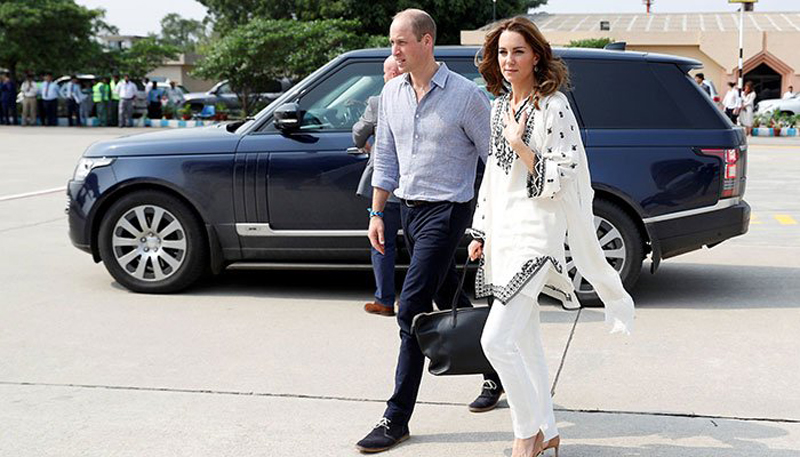 ISLAMABAD: The Duke and Duchess of Cambridge left for United Kingdom on Friday after completing a four-day tour of Pakistan.

On the last day of the tour, the duke and duchess visited an army canine school in Islamabad as their last engagement of the tour. A planned trip to the Pakistan military post was called off after the flight drama.

The royals spent a busy Thursday in Lahore, during which they played cricket, visited SOS Village, a children’s orphanage, visited Shaukat Khanum Memorial Cancer Hospital and toured the iconic Badshahi Mosque, one of the world’s largest mosques.

In the evening, the RAF Voyager carrying the royals, who are on a four-day official visit to Pakistan, aborted landings in Islamabad and nearby Rawalpindi due to severe turbulence.

Yesterday’s aborted flight was described by a Reuters photographer on board as one of the most turbulent he had experienced in 25 years of regular flying, although the couple told reporters after returning to Lahore they were “fine”.

William, who has previously worked as a search and rescue helicopter pilot, told reporters after they landed in Lahore that he and Kate were fine and joked that the problems had been caused because he was flying the plane.