Pakistani pilgrims among those dead in Saudi bus crash: FO 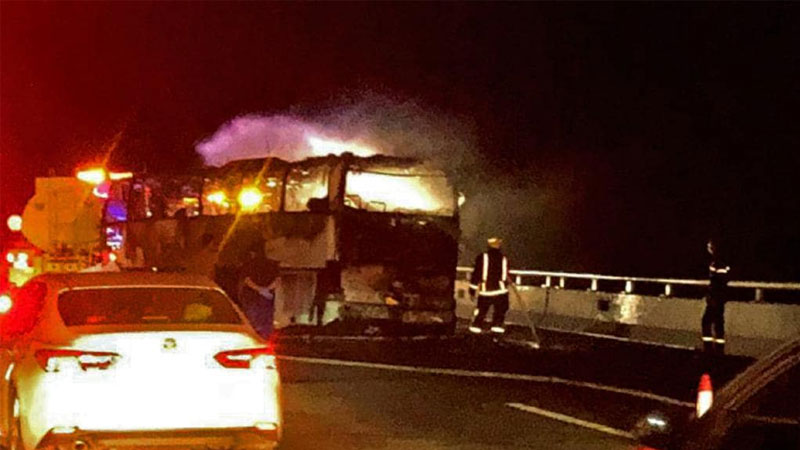 The Foreign Office has confirmed that Pakistani nationals were among those dead in Saudi Arabia bus accident.

In a statement, the FO spokesperson said that a bus carrying 39 passengers from Riyadh to Makkah met an unfortunate accident near Madina.

The statement further reads that at least 35 passengers out of total 39 lost their lives and initial reports indicated that the deceased also include a certain number of Pakistani nationals.

It said that of the four survivors, there was one Pakistani named Akbar, who was seriously injured.

“The Pakistan Consulate General in Jeddah has established contact with him and is in touch with the concerned Saudi authorities and staff of the King Fahad Hospital, Madina to ascertain details of casualties of Pakistani nationals,” said a statement.

The accident on Wednesday took place on Hijra Road, 170 km from Madina, when a privately chartered bus carrying 39 passengers collided with a loader, a spokesman for Madina police said, according to the official Saudi Press Agency.