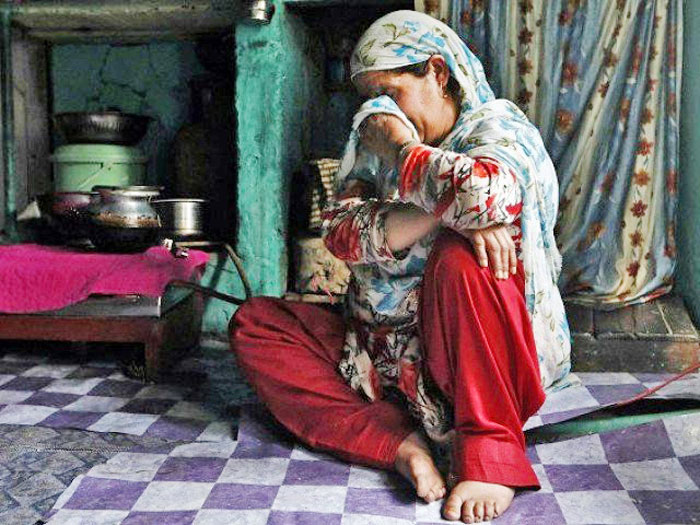 One is a 19-year-old construction worker charged with aiding militants against Indian troops, the other is one of Indian occupied Kashmir’s (IOK) most prominent lawyers, accused of being “an incorrigible secessionist”.

Despite their different backgrounds, Uzair Maqbool Malik and Nazir Ahmad Ronga have something in common: they are among hundreds of people who have been detained without trial by Indian authorities following a crackdown in the disputed valley and moved to jails far from home.

India’s portion of the Kashmir Valley has been under lockdown since the region’s statehood and autonomy were revoked on August 5.

Authorities have cut off mobile communications in the valley and detained nearly 4,000 people, many of whom have since been released, according to the government.

At least 300 people have been arrested under the Public Safety Act (PSA), which allows for detentions of up to two years without trial, the government said. Most have been sent to jails across the northern state of Uttar Pradesh.

Many are young men like Malik, a high-school dropout who works in construction. But there are others like Ronga, a former head of the bar association in IOK, and dozens of other lawyers, academics and leaders of political parties.

Indian officials say the policy of transporting detainees, which started last year but has snowballed since August, is required to cut off militants from their networks.

The transportations are often conducted without warning, and families say they are allowed little contact with detainees once they find them. Proving innocence is difficult even for those with resources given the communications situation in IOK and the number of cases. Sanjay Dhar, the registrar general of the Jammu and Kashmir High Court, said two judges in the city of Srinagar were handling around 300 appeals against PSA detentions filed since August 5.

Malik, 19, grew up in Shopian, a town of around 16,000. As a child, he was friends with two boys who joined a militant group fighting Indian rule in occupied Kashmir, a rebellion that has claimed tens of thousands of lives.

That childhood association forms the basis of the case against him, according to court documents.

In the documents, Malik is accused of assisting the two militants “in letter and spirit” and giving them “logistic support”. They also say he participated in protests and an operation against security forces, between February 2018 and July 2019.

“You not only yourself indulge in stone-pelting but instigate others,” one document said.

Malik’s family denies the charges and say he has not seen the boys who joined the militants since they left. They said he participated in protests in 2016 and was hit in the eye by a metal pellet fired by security forces, partially blinding him. Malik dropped out of school and his family had to sell land to pay for surgery. “He hasn’t done anything since,” his mother, Haseena Malik, said. “He has made no mistake.”

Dilbag Singh, chief of police for IOK, said people detained under the PSA had been involved in subversive and terrorist activities or disturbing public order. “All required procedural requirements under the law are followed while executing detentions under PSA,” he said. Singh said some individuals had been moved due to lack of space in IOK’s jails. He said authorities were “checking the specific details” regarding the detentions of Malik and Ronga but had no additional information on their cases.

For almost two weeks after he was arrested, Malik’s family visited him twice a day, and officers repeatedly told them he would be released soon. But he was abruptly moved to the central jail in Srinagar, 50 kilometres away.

When his family went to check on him, they were told he had been moved to a jail in Agra, in Uttar Pradesh, with 84 other Kashmiris. The jail is one of at least six facilities in Uttar Pradesh where Kashmiris have been moved, officials said.

Reuters followed several families, including the Maliks, as they travelled to Agra last month to visit detained relatives. Around a dozen relatives and friends of four men held in Agra said they were not informed about the transfers, and that prohibitive travel costs and limited visiting hours meant they had little contact with those detained.

On September 17, Malik’s father, Mohammed, and his brother Danish managed to meet him after waiting for several hours. “He isn’t scared,” Danish said, adding that he was being treated well. “He was telling us not to worry, to take care of the family.”

Even influential Kashmiris like Ronga, a 67-year-old criminal lawyer who once headed the Jammu and Kashmir High Court Bar Association, have been targeted in the crackdown. He was detained in Srinagar on August 9.

Ronga was detained to help prevent “violence, strikes, economic adversity and social indiscipline” according to court documents laying out his detention order. He was briefly detained at a local police station, before being transferred to Srinagar’s central jail. It took his son Umair Ronga, who is also a lawyer, a week to find him.

In the court documents, dated August 17, Ronga is described by magistrates as “an incorrigible secessionist”. His son denies the charges. His father once represented Mirwaiz Umar Farooq, a prominent separatist, but has no political links with his organization, the Hurriyat Conference, he said.

But he was involved in pursuing cases related to the region’s status in India’s Supreme Court, Umair Ronga said. “We were vocal in the Supreme Court of India, not on the roads,” he said. “That is not a crime.”

On September 3, Umair returned to the Srinagar jail and found his father had been moved to a jail in Uttar Pradesh.

“He has always advocated the rule of law and the supremacy of the judiciary,” he said. “Now, the same system is being used against him.”