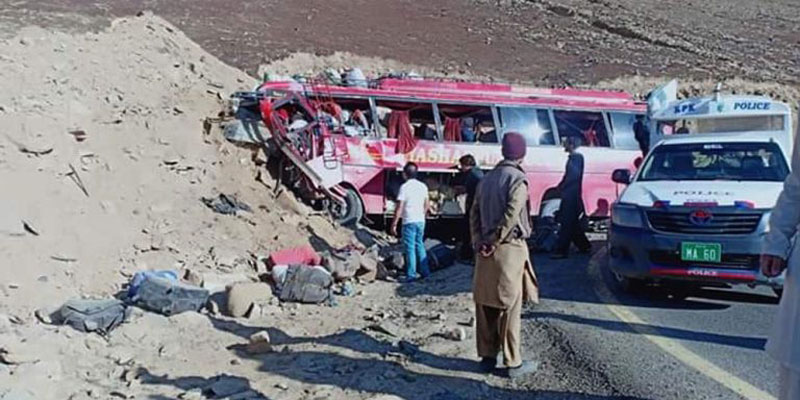 DIAMER: At least 26 individuals were killed and a dozen others were injured in a passenger bus accident on Babusar Pass in the Diamer district of Gilgit-Baltistan early on Sunday, said spokesperson for the GB government Faizullah Firaq.

According to police, the incident took place near Babusar Pass in Dia Mir District when  the passenger   bus crashed into a mountain while making a sharp turn ,killing dozens and injuring several passengers on board.

Police said at least 26 people including women and children were killed in the accident and at least 15 injured. The deceased and injured have been shifted to a hospital.

The Babusar Pass road, frequently used by tourists, remains open from the end of June to October every year. It then remains closed following heavy snowfall at Babusar Top.