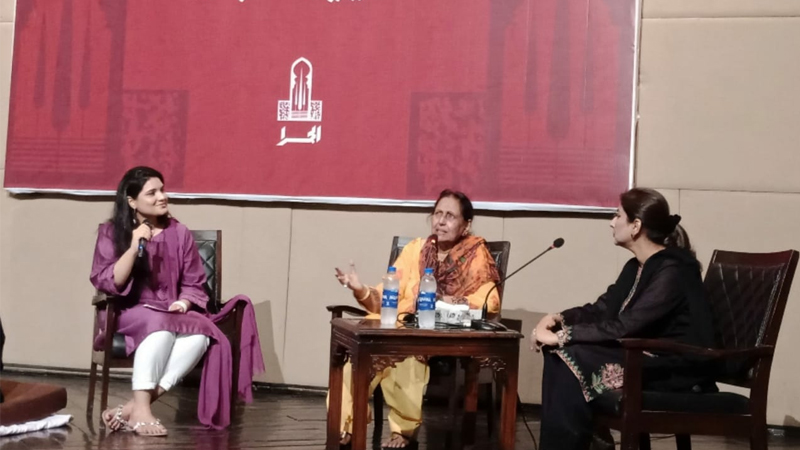 The Lahore Arts Council (LAC) has started its new initiative a session titled ‘Kuch Yaadain Kuch Batain’ which provided the audience with an opportunity to listen to great singers Suraiya Multanikar and Rahat Multanikar who talked about their music career and life experiences at Alhamra art Centre Hall 3, The Mall.

The new series “Kuch Yaadain Kuch Batain” is the first program of its kind in which Alhamra will invite all celebrities from arts and culture to its monthly sessions.

This initiative was taken on the directives of LAC Board of Governors Chairperson Muneeza Hashmi who was present at the event. The event was hosted by Sumaira.

In the first episode of the series, the well-known Suraiya Multani and her daughter shared their life experiences and their music journey in detail to the audience. Renowned singer Rahat Multanikar has also performed in the programme, which was met with an immense round of applause.

On the occasion, Multanikar said that at the age of 11, she resumed training in music following the intervention of Makhdoom Ghulam Mustafa Shah Gilani “she said that I was scared of my teacher Ustad Ghulam Nabi Khan who was known as Fauji Khan. I would often pray that he should not show up,” Multanikar said that despite hailing from a family associated with music; she had to face opposition from her brother. “People at that time would not think highly of a singer. Multanikar stated that, she would practice 10 hours a day. “For five hours in the morning, we would practice Raag Bherveen and Raag Aimen,” she further said that by that time her brother had also stopped opposing her singing.

In the first episode of the series, the well-known Suraiya Multani and her daughter shared their life experiences and their music journey in detail to the audience. Renowned singer Rahat Multanikar also performed in the programme, which was met with an immense round of applause

Director of Alhamra Arts Council, Ather Ali Khan explained his vision towards cultural activities for the revival of quality entertainment at Alhamra. 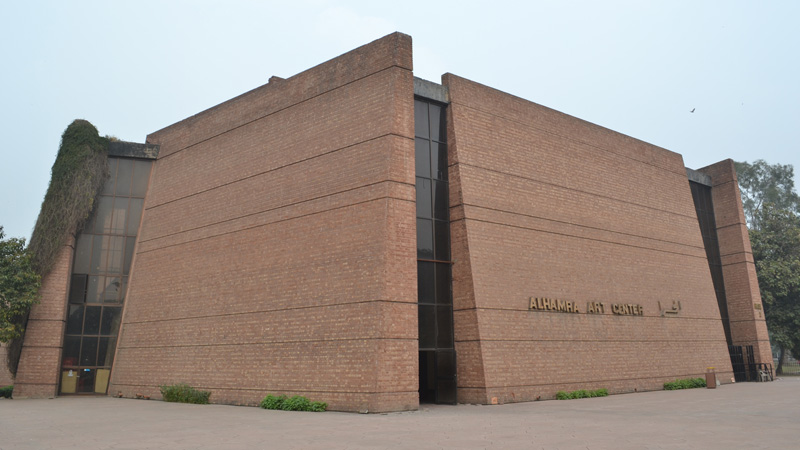 He stated that the famous singer Suraiya Multanikar is her own example; she is the reference and true recognition of Pakistan in the world by her services in the field of music. Khan called this event as the important step towards remembering Pakistan’s national icons. He also stated that “LAC basic aim for organizing today’s event was to celebrate the legacy of great singer Suraiya Multanikar at Alhamra Arts Council”.

The event was attended by a large number of people from different walks of life who appreciated Alhamra’s efforts for the promotion of arts and culture.