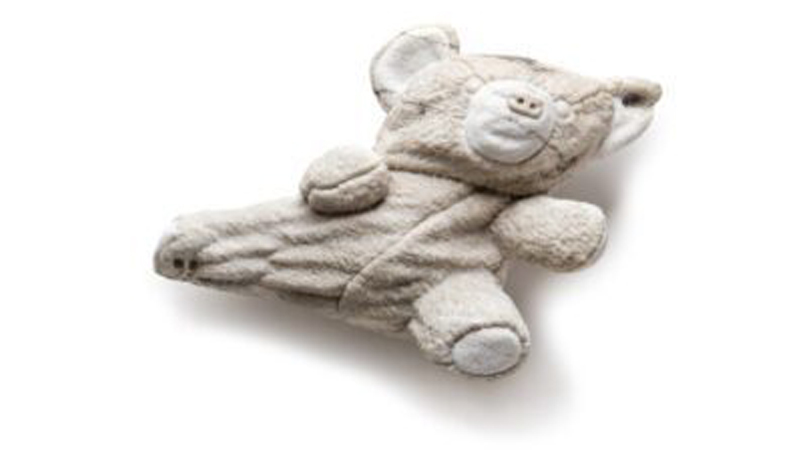 When I was going to school in Baltimore around 1990, there was a weird form of cultural theft afoot. Many of the houses in the city had white marble steps – not entirely unlike the granite curbs, steps, foundation stones and lawn elements we find throughout Maine. White marble is valuable and so aggressive individuals would either outright steal the marble elements or pretend to give the homeowners a deal by replacing the steps with basic brick.

Who were the most common victims? Who would be so easily targeted by veiled threats of official action? Well, let’s just say bigotry was alive and well in 1990 in a sub Mason-Dixon border place such as Baltimore.

So, when I saw Sebastian Martorana’s stacked pair of marble bars with the top element incisively carved as a worn set of brick steps at the Ogunquit Museum of American Art, I bristled. Where did this marble come from?

This disturbing question quickly appeared to dovetail with the cultural messaging in “Subject Matters: Sebastian Martorana in Sculpture.” We’ve had some well-intentioned political misfires with sculpture recently in Maine, such as with John Bisbee’s 2018 “American Steel,” that could have been solved simply with a clear statement by the curator or the artist, but the Baltimore-based Martorana’s 21 sculptures on display in Ogunquit make a clear set of politically-inclined cultural statements.

It might seem like white marble brick steps stacked on a width of white marble wouldn’t make sense as a sculptural object. But the combination of Martorana’s rarified skill with his exploration of the everyday quickly amounts to work available to everyone. The steps, in fact, are the most arcane work in the show. Martorana’s work also includes marble-carved towels on racks, workers’ gloves carved from observation and icons as recognizable as Kermit the Frog and Mario of Super Mario Bros.

Martorana presents marble-carving skill at its uppermost levels. To be sure, this was a common thing in the 19th century, but now, to acquire such skill means a solo journey with neither support nor an audience aware of what is behind the effort. Sure, there are a few of us nerds who gush about Canova, Bernini, MacMonnies, Donatello and Rodin, but the 3D design that came from subtly nuanced study of the human form in-the-round is largely gone. We can still see it, but very few artists can still produce that kind of work at its highest level. Not sure what I mean? Go see Joseph Mozier’s “Undine” at the Colby College Museum of Art or Benjamin Paul Akers’ “The Dead Pearl Diver” at the Portland Museum of Art. Never heard of those guys? Well, that’s my point.

Martorana’s skill, wit and lively eye to content, on the other hand, are surprisingly easy to follow. His Muppet busts, for example, remind us that whatever’s recognizable to us is part of our history. We all know Kermit the Frog. In fact, we can recognize him far more easily than we can any Roman emperor. That Martorana handles the Muppet’s form with the skill and effort the classics put into representing the Caesars is clear. It’s fun, smart and impressive; but it also exudes a poignant cultural resonance and raises questions such as: Will the folks of the future see us through our political history, or our culture? 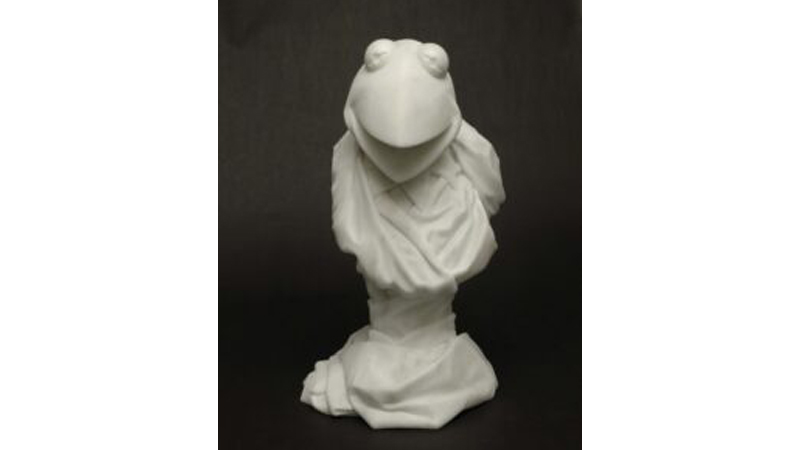 Surrounded by 20 other sculptures in the middle of the gallery, a lithographic stone holds court, exquisitely chiseled in the government-standard Arial font with seven words the current presidential administration has specially insisted not appear in government statements: “diversity, entitlement, evidence-based, fetus, science-based, transgender, and vulnerable.”

The words on the stone are etched with direct legibility. Considering it’s a lithographic stone, they would have to be reversed for prints. But this way, the lithographic plate is more like a tombstone, an approach the artist backed by doing rubbings, rather than reverse prints, when he gave a gallery talk at the museum.

Martorana’s critique of the current administration’s policies is also poignantly evident in several of his sculptures, particularly an impressive wall-mounted teddy bear pulled two ways titled “Permanent Separation Anxiety” and “Homeland Security Blanket,” in which a child’s forlorn seated form is cloaked like a ghost under a marble white blanket (and marble can’t help but hint at memorials). These are powerful moral indictments of the Trump administration’s policy of separating children from their asylum-seeking caregivers.

Martorana proves his chops as a stone sculptor with the observation-based versions of working-person’s gloves geared toward heat, stone and other labor-hefty, glove-needing jobs. We can see the subject of this work without doubt, and his skill is beyond reproach. But Martorana insists that the conceptual content of his work in general is within reach. He also presents a series of wall pieces, for example, that are blank painting canvases with their folded edges stapled over their inch-deep stretchers. The monochrome canvas is the very symbol of painting crossing into conceptualism, and Martorana even includes the texture of the fabric on his monochrome marble slabs. These pieces might seem relatively hifalutin, but they effectively communicate that Martorana is making contemporary art rather than old-school sculpture.

Excellent sculpture in the round is hard to find in America these days, particularly work executed in marble using traditional techniques. And it’s even more impressive that Martorana combines a range of compelling conceptual content with the fading art of in-the-round, 3D design. “Subject Matters” is a rare show of timely content, exquisite technique and sculptural excellence.