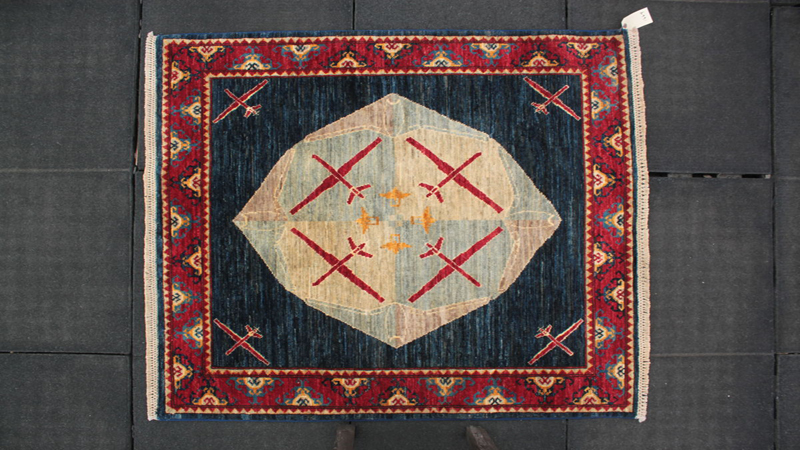 Central Asian women have been weaving hand-made rugs and carpets for thousands of years but in recent years, they have begun incorporating weapons and machines into their creations, marking the change in Afghanistan’s political climate.

Artsy, an art website, posted an extensive story by Vanessa Thill on the phenomenon and noted that the flowers, birds and decorative knots in traditional rugs have been replaced by machine guns, grenades, helicopters and tanks.

Many of the creators of these rugs were displaced during the Soviet invasion of Afghanistan and are living as refugees in Pakistan and Iran.

These carpets have become part of a niche market for Western collectors.

Thill noted that in the carpets’ compositions, perspectival viewpoints merge and flatten to integrate three-dimensional forms with maps and repeating decorative patterns. Some of the rug designs are based on Charbagh, a quadrilateral layout inspired by the four gardens of Paradise described in the Holy Quran. Another genre of rugs depicts national maps of Afghanistan, which may have been influenced by Alighiero Boetti’s map series.

The Italian Conceptual artist travelled to Afghanistan and Pakistan in the 1980s and worked with female weavers, first in Kabul and later in Peshawar, to create brightly coloured tapestries depicting world maps with national flags labelled with bold text. Some of the war rugs feature Roman characters spelling out “USSR,” “Made in Afghanistan,” or “Long Live US Soldiers.” 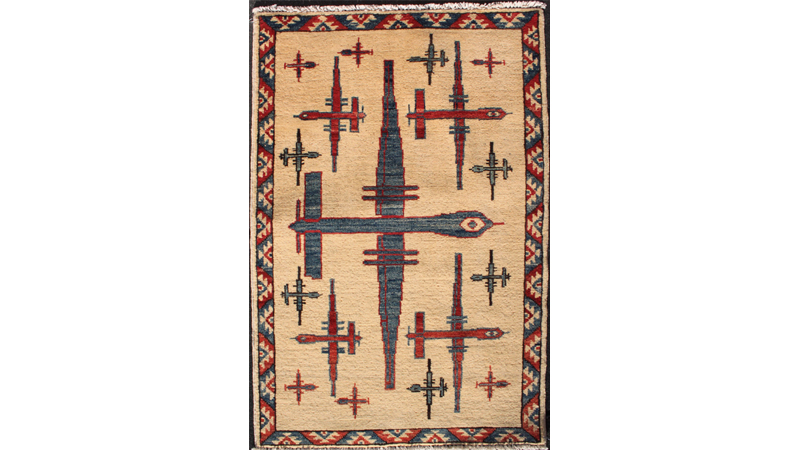 New York-based artist Leah Dixon first encountered war rugs online in 2010 and now makes colourful yoga mats. She described the work as a homage to the carpet weavers and a jab at the United States’ commercialised relationship with war.