Murad says not consulted before forming committee on Karachi 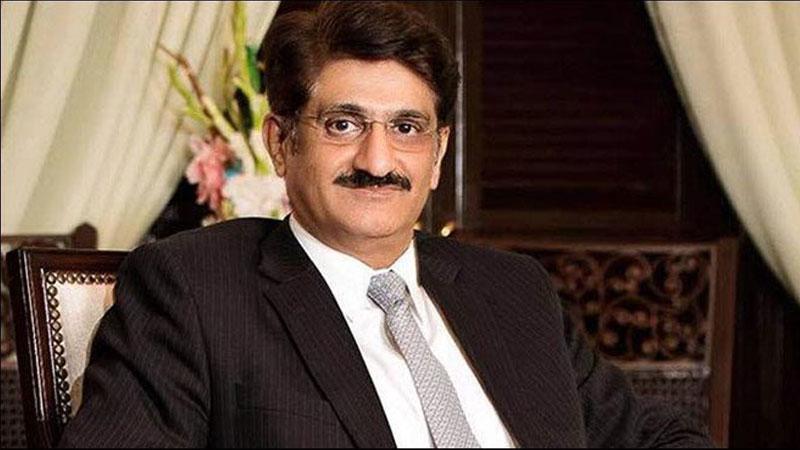 Sindh Chief Minister Syed Murad Ali Shah has said that the federal government has constituted a Strategic Committee on Karachi for which neither he was neither consulted nor taken into confidence.

“Like newsmen I have heard constitution of Strategic Committee on news channel.”

This he said while talking to media along with Governor Sindh Imran Ismail just after offering Fateha on Mazar-e-Quaid on the eve of his 71stdeath anniversary.

To a question, the chief minister said that he has heard in news that the federal government has constituted a Strategic Committee on Karachi affairs. “I don’t know what the committee will do and what is its mandate,” he said and added he has neither been consulted nor taken into confidence on the formation of the committee.

The Governor carrying the question said that the committee has been made under Federal Minister for Law Farogh Naseem and its task was to examine the job of various civic authorities such as KPT, KMC, DMCs and others operating in the city. He added that the committee would explore ways and means whether a single authority could be made or not and submit its recommendations to the federal government.

The chief minister said that the lifting of garbage and sweeping of the roads and cities were the jobs of the third tier, local government. He added that the KMC has various major storm water drains to maintain them and some of the smaller nalas are with the DMCs and the sweeping of the roads is the main assignment of the DMCs.

He said that when Sindh Solid Waste Management Authority (SSWMA) was created the city was generating around 4,000 tons of garbage but now it was generating around 16,000 tons daily. He added that the DMCs which has entrusted the lifting of trash and garbage to SSWMA have comparatively better cleaning work. “The SSWMA did not snatch the cleanliness work from DMCs forcibly but it was given to them through a council resolution passed by DMCs,” he said and added that steps have been taken to further improve the performance of SSWMA.

Mr Shah elaborating the launching of cleanliness drive said his government would take some extra ordinary steps to lift the heaps of the garbage accumulated near roads and at open plots. He brushed aside the impression of opposing the cleanliness drive started by a federal minister and said he had opposed downloading the storm water drains’ filth and garbage on the main roads or near parks. That exercise had further aggravated the unhygienic condition of the city and had created flies and mosquitoes. The local bodies started fumigation which controlled the situation, he said.

To a question, the chief minister said that the recoveries of the federal government have not been so good as was being expected. “The shortfall in recoveries ultimately affects the provincial government(s) because their share is reduced accordingly,” he said and added the expenditures of government employees’ salaries and other spending have gone up considerably but the revenue transfers to the province have come down. This has created a disbalance and it must be improved, he said.

The chief minister said that Pakistan was created by father of nation and now “it becomes our national responsibility to make this country a peaceful, prosperous state where people of different religion, languages, and sects can enjoy equal rights,” he said and added it was the vision of Quiad-e-Azam Mohammad Ali Jinnah and we have to carry it forward.

He said that he his cabinet members and Governor Sindh Imran Ismail visited Mazar of father of nation to pay him respect on the occasion of his 71stdeath anniversary. “He was a great leader, his vision and teachings were enough to make this country democratically strong,” he said.

He also appreciated Kashmiri people for continuing their struggle against Indian atrocities. “You are our brother and sister and we as a nation would be supporting your cause and raising voice for you,” he said.

Earlier, the chief minister, the Governor and the cabinet members offered Fateha and laid floral wreath on the mazar and recorded their impressions in the visitors’ book.

Speaking on the occasion, he said there was no plan to undo the 18th amendment or to scale down anyone’s authority.

“Karachi is Pakistan’s economic hub and its progress is our foremost priority. Institutional reforms are being introduced to improve the condition of the metropolis.”

The chief minister said Imran Ismail is not only a representative of the federation, but of Sindh as well. Murad Ali Shah affirmed that the entire nation needs to play its part to make Pakistan a peaceful country.

Both leaders declared that Pakistan stands with the people of occupied Kashmir against Indian atrocities and vowed to keep on raising the issue at international level.