Nephews of powerful bureaucrats are running the affairs of Commissionerate of Afghan Refugees (CAR) in Peshawar in a wholesome manner. This group of blued-eyed nephews is called “Al-Faida” group (as per the pattern of Al-Qaida) in CAR. One such character hails from Mardan and is said to be the nephew of the most influential bureaucrat in PM secretariat. He is calling the shots in CAR Peshawar. This fellow was expelled from service by KP PDMA for his alleged misdeeds but he still managed to get the lucrative post of Assistant Director in CAR through the backdoor, without any test or interview, with the blessings of his top bureaucrat uncle.

While claiming to be a Masters Degree holder, he is unable to write a proper official noting or summary and snubs in writing by many officers. The perks and privileges enjoyed by this gentleman, despite being a mere project employee, are far ahead of dozens of regular CAR officers who have two to three decades of service to their credit. This nephew has been allotted a luxury official vehicle without being eligible. Many senior officers have objected to the fact that his job description is restricted to purely desk work while government vehicles are allotted for field duties. But this influential man has preferred to sublet his official vehicle to his in-laws at Swat as it has been seen on roads there. Although he is posted in Peshawar and his vehicle is in the usage of his relatives, he is sanctioned fuel worth thousands of rupees for every month. All such malpractices are being done to please his top bureaucrat uncle.

Another blue-eyed boy is enjoying this glory. He belongs to Charsada. He is so powerful that he was directly inducted in CAR as DSP under the direct orders of Ex-CM KP Amir Hider Khan Hoti. He was appointed even though there existed a most senior inspector, who had a service of over 20 years at his credit. When the aggrieved inspector knocked the doors of the court, he was teased and ultimately had to forgo the idea of getting justice. To polish the career of this officer, he was given rapid promotions to be appointed as Additional Commissioner. Although many complaints regarding his moral and financial corruption have been lodged to the incumbent commissioner of Afghan refugees, he still refused to take any action.

Another big gun hails from Charsadda. Since he is the blue-eyed of the incumbent commissioner, he has been promoted directly from Assistant Director to Director; bypassing all government rules and regulations. Without advertising for any such seats, he has been made the Director of Youth and Education cell at CAR. There is no concept of promotion for a project employee, yet this person was elevated very quickly. The Commissioner Afghan refugees KP has not forgotten to accommodate his relatives in such schemes of affairs. One of his relatives, who have been named after a famous singer, has been declared a ghost employee by the CAR’s staff. This gentleman never attends office yet receives all the monthly emoluments along with fringe benefits.

Due to this nepotism, a majority of CAR employees have become disappointed. They have resorted to the policy of “go slow.”

Recently, many employees lodged their complaints at Prime Minister’s Web portal yet due to the blessings of the above-mentioned blue-eyed babies, no action was initiated till date against the culprits. In the last few weeks, the Anti Corruption circle of FIA Peshawar started an enquiry into the corruption, nepotism and malpractices in the affairs of Commissionerate of Afghan Refugees Peshawar. Yet, to date, no outcome has been seen.

Although NAB KP has started its inquiry, especially into the illegal allowance called DSA, illegal appointments, fake fuel bills, the incumbent Commissioner has made it a daunting task for all investigation agencies. He is so powerful that while the federal government is in the process of extending the age limit for government employees, he has already started retaining employees, who have already attained the age of superannuation. This has created great unrest amongst the regular employees of CAR. Apart from employees, even the Afghan Refugees are in shambles due to this Al-Faida group. This mafia always extorts money from poor refugees on different pretexts. The UNHCR Pakistan, in collaboration with the NAVTTC, has launched Skill Development Program for refugees. This program aims to impart different skills to empower refugee youth. But, unfortunately, this Al-Faida group has started its tricks to jeopardise this program. Whenever any refugee visits CAR office to get information about the program, Assistant Director at desk demands money from him. When the refugee meets the so-called Director of Youth Development, he demands different gifts from him. If any refugee dares lodge complaint against such malpractices, the blue-eyed Additional Commissioner of CAR’s security branch gets him arrested either through his staff or by handing him over to local police.

Although refugees have apprised the UNHCR Pakistan authorities, this Al-Faida group has become hand-in-gloves with them as well. Both CAR employees and Afghan Refugees have demanded the intelligence and investigation agencies, like ISI and NAB, to take stern action against this incompetent and corrupt mafia of influential nephews minting money at the cost of other employees. They have requested the authorities to seek ghost employees drawing salaries from CAR while working simultaneously in other government departments, NGOs or the private sector.

The government should withdraw vehicles from all those personnel who are not entitled. These perks should be allotted purely on merit instead of bribery or “sifarish.”

Some CAR Peshawar employees have already knocked the doors of courts and warned of further legal action if the authorities fail to fulfil their constitutional responsibilities and fall under political or bureaucratic pressure. 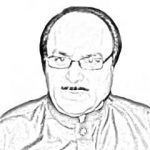