History in syllabus not appropriate: Rabbani

After the 18th Amendment in the constitution, the ministries of the education and the health were given an autonomous status that allowed provinces to draft their own syllabus, he said while addressing a scholarship distribution ceremony of a private university. But the bureaucracy was preparing to shift them to the centre again, he said.

“In the subject of history, only one topic has been included about Bangladesh, what is wrong if the provinces are allowed to prepare their own syllabuses,” he questioned. He emphasised the need to review educational syllabus and curriculum in order to keep pace with the world in the sphere of science and technology. He called upon the provinces to make necessary changes in the curriculum.

Referring to subject of civics which is still being taught in Sindh province, he noted that it had a chapter on the advantages and disadvantages of democracy and dictatorship in which 11 merits of the dictatorship had been discussed as against the only eight benefits of the democracy. He said that it was need of the hour that students must prepare themselves for the future challenges in the field of scientific research and attaining excellence in their respective disciplines.

Rabbani said that the people of Pakistan had given their verdict in favor of the democracy as they wanted peace, progress and prosperity of the country. The years of 2017 and 2018 would be the years of peace and development, he added. “I would not like to comment on the replacement of Sindh governor, but it is fact that Ishratul Ebad – the outgoing governor – has served for a long time,” he pointed out while talking to reporters.

He also refused to comment on current political situation. But the Senate chairman termed the winning of Donald Trump in the recent US election as the success of nationalism. He said that America and other countries would now witness long-term social and economic changes following his victory. He also distributed scholarship certificates among the successful candidates. 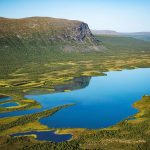 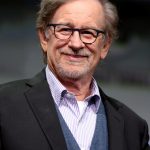