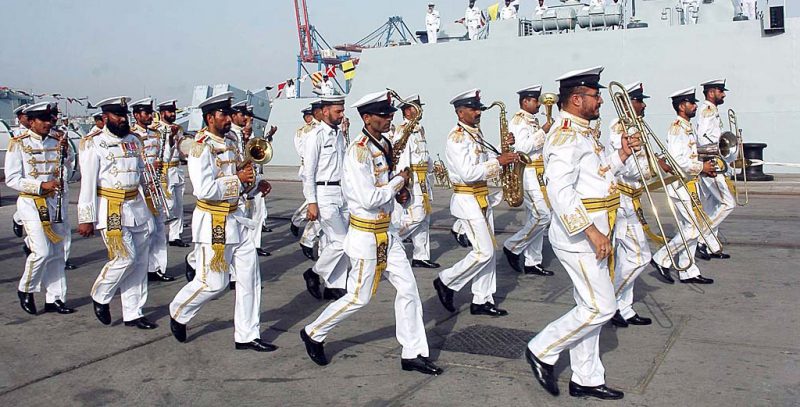 The Pakistan Navy celebrated 54th anniversary of Defence Day of Pakistan with due solemnity and reverence, expressing complete solidarity with their Kashmiri brethren.

The day was observed to commemorate supreme sacrifices of our Armed Forces, Shuhada, Ghazis and national heroes who stood against the aggressor and numerically superior enemy with unprecedented display of unity and resolve during 1965 Indo-Pak War.

In his message on the occasion, Chief of the Naval Staff, Admiral Zafar Mahmood Abbasi paid rich tribute to the Shuhada and Ghazis who rendered immense sacrifices while the nation stood united behind its soldiers, sailors and airmen. On this day, our valiant armed forces, through their sheer grit and resolve, routed the false ambitions of the enemy on all the three fronts. Expressing complete solidarity with the Kashmiri brethren, the Admiral said that Indian actions in Occupied Kashmir have endangered the peace of the whole region. He reiterated that Pakistan would continue to support the just and rightful struggle of Kashmiris on all fronts.

The Admiral urged that this day demands from us a renewed pledge to work selflessly for a brighter and better tomorrow. By anchoring our unswerving faith in Allah SWT and drawing strength from the glorious traditions of our predecessors, we must commit to do our utmost to transform Pakistan into a prosperous and vibrant Islamic state.