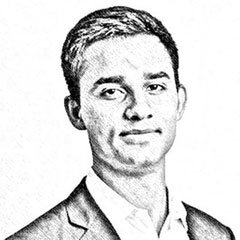 Prime Minister Imran Khan has made several supplications to overseas Pakistanis to send money home; infamous ones include an attempt to crowdsource infrastructure projects such as the Diamer-Bhasha and Mohmand dam projects. One form of payments from overseas Pakistanis, however, is relatively neglected: remittances i.e. money and goods sent by workers and other people living abroad to their friends and families at home.

2019 could be a landmark year for remittances. According to the World Bank, this year, remittances are estimated to exceed Foreign Direct Investment (FDI) as the biggest inflow of foreign capital to developing countries. In 2017, Pakistan received $19.7bn in remittances, roughly equivalent to 6.4% of its GDP, ranking the eighth highest in the world for such inflows. As migration amplifies, so will its financial trail as it becomes the human face of global capital flows.

Remittances can impart many benefits to the receiving country. They can boost countries’ balance of payments and consequently their credit ratings, lower borrowing countries, and in Pakistan’s case, they can be the first form of help to arrive during an economic downturn. For example, in Zimbabwe, remittances have been the lifeline to the country’s survival in the face of relentless inflation of 175 per cent. However, remittances are no panacea. High-levels of remittances can lead to deep-rooted low-growth and a high-emigration economy. Remittances are highly geared towards consumption, which unlike FDI, do not promote productivity. Financial support from overseas can also reduce the motivation to work, weakening competitiveness locally through higher prices and exchange rate appreciation. High levels of remittances facilitate the transmission of economic tremors – downturns in host countries can cause remittances to be cut back, affecting consumption and growth in the receiving economy. Over the past decade, Lebanon saw a significant decline in remittances at c. 12 per cent of GDP leading to S&P Global, a leading credit rating agency, lowering its sovereign rating for Lebanon. Falling oil prices in the middle east affected families across south-east Asia who have family members in the Gulf. Given the pros and cons of remittances, what would be the best way to channel them?

One by-product of remittances has been to fuel a property boom. Kharian, a small town 150 km south of Pakistan’s capital, has seen mansions sprawl across the town over the past 20-30 years. Many emigrants view mansions as a status symbol, and in attempt to one-up their neighbours have built mansions spanning several acres to host extended as well as immediate family. As emigration amplified, the intended beneficiaries have departed, abandoning the mansions.

Another, more productive avenue to direct remittances is diaspora bonds: financial instruments issued to expatriates by host countries. Migrants save a significant amount of money in bank deposits on which the interest rate is close to zero; offering diaspora bonds at 4-5 per cent in dollar terms can attract their savings. Expatriates have a favourable perception of country risk and can use these bonds to diversify their source of income. The host country receives a relatively stable form of investment, unlike FDIs, bank deposits and lending, all of which can be withdrawn at any time. Israel and India have executed diaspora bonds with relative success raising $32.4 and $11.3 billion respectively. Recently, Pakistan had its foray into diaspora bonds by launching the “Pakistan Banao Certificate” (PBC), albeit with limited success. The bonds were floated at a healthy 6.25 per cent with a three-year maturity and 6.75 per cent with a five-year maturity. The target was to raise $1bn but the issuance has only managed $31m so far from expatriates in UK, US and Canada. However, the performance of this initiative should not dismay policy makers; execution challenges appear to have marred the launch.

Bonds were targeted at expatriates in the US, UK and Canada, but not the middle east, which accounted for c. 61% of total remittances in 2017. The lack of an international bank to serve as the book coordinator deprived the distribution strategy from required consistency and cohesion. Additionally, diaspora bonds are categorized as “retail bonds” and so require improved marketing, something the PBCs lacked.

Structural trends in the world point towards more migration and job opportunities abroad will continue to look attractive. However, the number of supplications Islamabad can make to overseas Pakistanis are limited before Islamabad gets labelled as the capital that cried money

Development projects can also be a home to remittances. Money recipients receive can be channeled into productive development projects to support local industries. The International Fund for Agriculture Development (IFAD), a UN agency, launched a project in the Philippines that tapped funds from c. 1,000 recipient families, and when augmented by grants from donors, led to the creation of c. 1,300 jobs in agricultural co-operatives. Accessing migrant’s finances could create a positive feedback loop that helps keep more people at home minimizing brain drain. It could also make migration more of a choice rather than a necessity by creating local opportunities for youth. A major challenge will be to convince recipient families to save rather than consume the inflows.

Structural trends in the world point towards more migration and job opportunities abroad will continue to look attractive. However, the number of supplications Islamabad can make to overseas Pakistanis are limited before Islamabad gets labelled as the capital that cried money. Policymakers in Islamabad should choose wisely on how to invest the wealth of overseas Pakistanis.