AMLO reshapes Mexico’s language along with its politics 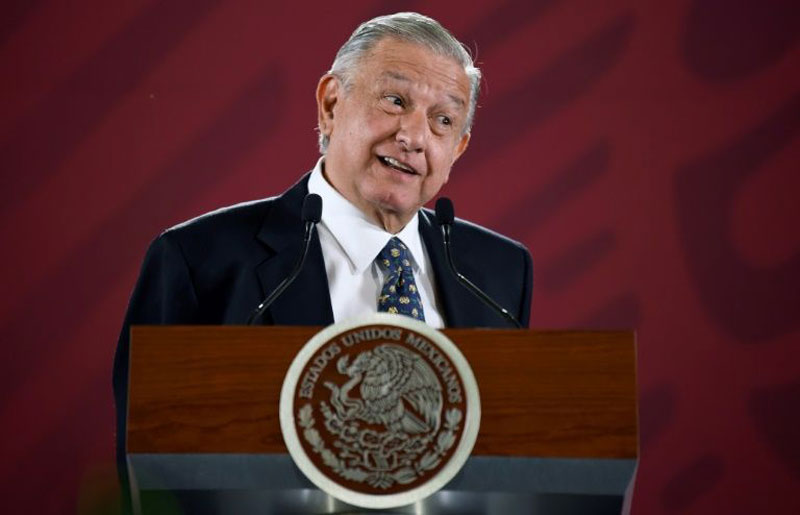 The jury is still out on whether President Andres Manuel Lopez Obrador will “transform” Mexico as he has promised. One thing is sure, though: he is reshaping its language.

Elected last year in a surge of anti-establishment disgust, the folksy populist has elicited laughter, groans and head-scratching with his unique take on Mexican Spanish, reviving words that were fading from memory and bringing colorful new ones into widespread use.

“AMLO,” as he is known, is like no president Mexico has ever had. Since taking office in December, the leftist anti-corruption crusader has ditched the presidential mansion, guards and jet, and cut his own salary by 60 percent.

That radical break with the past also extends to his speaking style, which — like almost everything about Lopez Obrador — has divided Mexicans.

Many opponents can hardly stand to listen to the silver-haired 65-year-old. He has a way of dominating the entire news cycle, starting with his daily press conference, held every weekday at 7:00 am — the “mananera,” from a word meaning “morning sex.”

But he is highly popular: his approval rating is around 65 percent.

His opponents have responded by adopting some choice words of their own.

In AMLO’s Mexico, “fifis” wage political war with “chairos,” “pirruris” get mocked for their “machuchon” style, and the “Peje” is out to stop the “moche.”

Lost? Mexicans sometimes are, too.

Many of those words were little-known until Lopez Obrador came along. Now, nine months into his presidency, they are fixtures of the national conversation.

Experts say Lopez Obrador’s speaking style is one of the secrets to his success.

“What distinguishes Lopez Obrador is his colloquial, popular vocabulary…. He has his own personal archive of traditional language, which he draws on constantly,” said Luis Fernando Lara, a linguist and author of the Dictionary of Mexican Spanish.

From penises to politics

The number one AMLOism is probably “fifi,” roughly equivalent to “hoity-toity” in English.

The Royal Spanish Academy, the sentinel of the Spanish language, defines “fifi” as “a conceited person concerned with following fashion trends.”

The word “had been almost in disuse for more than a century. Originally, it was an adjective to describe elegant dress. If you looked very elegant, people told you, ‘You look so fifi,'” Lara told AFP.