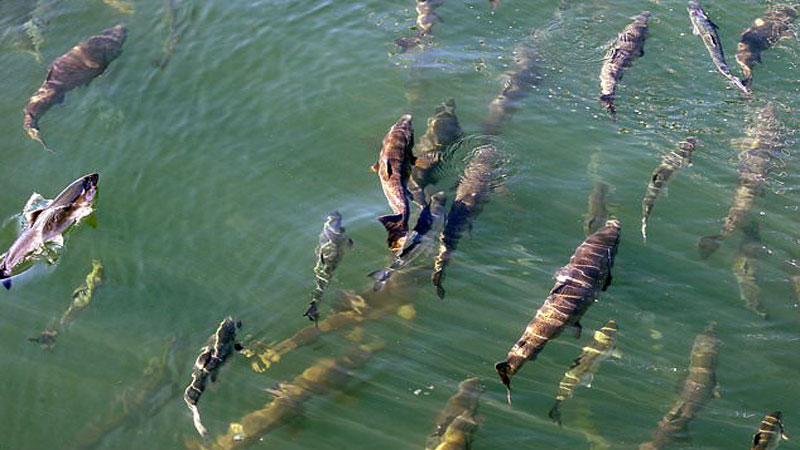 Federal scientists said Thursday they are monitoring a new ocean heat wave off the U.S. West Coast, a development that could badly disrupt marine life including salmon, whales and sea lions. The expanse of unusually warm water stretches from Alaska to California, researchers with the National Oceanic and Atmospheric Administration said Thursday . It resembles a similar heat wave about five years ago that was blamed for poorer survival rates for young salmon, more humpback whales becoming entangled in fishing gear as they hunted closer to shore, and an algae bloom that shut down crabbing and clamming. “Given the magnitude of what we saw last time, we want to know if this evolves on a similar path,” said Chris Harvey, a research scientist at the Northwest Fisheries Science Center.