Boxing legend appeals to PM for his son’s Olympics dream 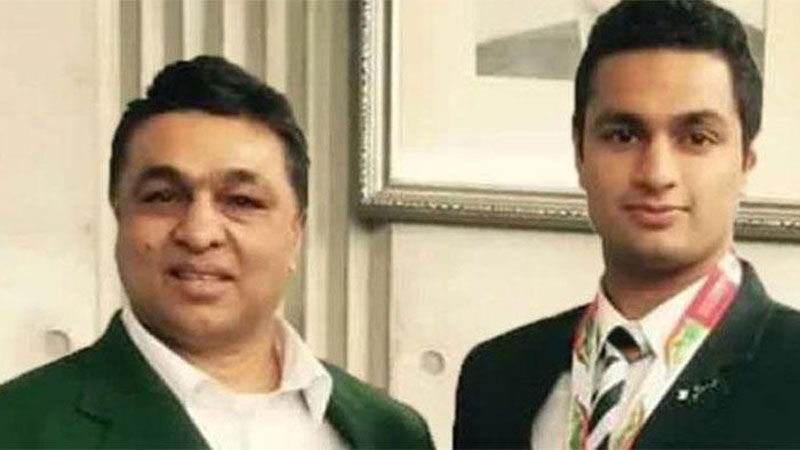 Pakistan’s only Olympic medalist boxer Hussain Shah has appealed to Prime Minister Imran Khan and Federal Inter Provincial Coordination Minister DrFehmidaMirza to release funds for his son Shah Hussain Shah to ensure his participation in Olympic Judo Qualifiers.In a video message from Tokyo – where Hussain Shah is living with his family – the 1988 Olympic medalist expressed confidence that his son can win a medal for Pakistan in the Olympics, if he gets all the support he needs.

“I have won medal for Pakistan in 1988 and now I have firm believe that my son Shah Hussain Shah can also do that,” said Hussain Shah.”To qualify for the Tokyo Olympics, he needs to participate in four to five tournaments around the world but the federation doesn’t have enough funds to sponsor his trips,” Shah lamented.The former boxing champion highlighted that his son recently participated in World Championship despite not being fully fit and defeated a judoka who had already qualified for the Olympics.

“His recent performance shows that he is very much capable of winning the Olympic gold medal in Tokyo which is like his home ground,” he said.”The only problem in his way is unavailability of funds. If you can’t fund your athletes for events like Olympics then what’s the need to have sports running in country,” said an emotional Shah.An official of the Pakistan Judo Federation , meanwhile, hoped that they’ve pleaded Shah Hussain Shah’s case to the government and expressed hope that funds will be released soon.”Shah Hussian can make it to Olympics, we are confident but for that he needs to participate in at least five tournaments and we need funds for that,” said Masood Ahmed, vice president PJF. Shah’s current Olympic ranking is 57.