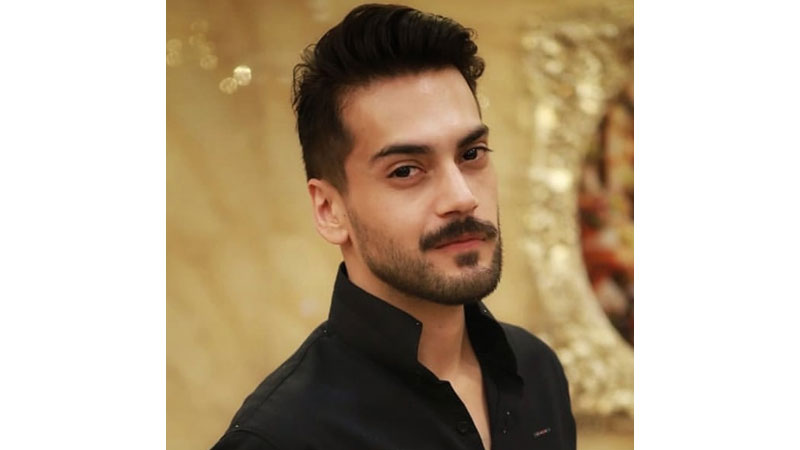 Man of the hour Shahbaz Shigri returned to the big screen in the successful feature film ‘Parey Hut Love’, essaying the role of Hasan. He previously amassed a decent fan base following his role in the controversial movie Slackistan. Known widely for his direction in Gol Chakkar and Sole Search, he is also a skilled VFX Artist.

I sat down with the talented star for an exclusive chat about the arts and his new film.

What best describes you?

While pursuing acting alongside direction, was it a challenge for you to establish your ground in the show business?

It wasn’t that I had no avenue to explore. My primary goal was filmmaking and being behind the camera. I hadn’t really thought about acting fulltime until this year.

How do you juggle acting and direction at the same time?

I don’t usually do them simultaneously. That becomes burdensome but transitioning from one to the other isn’t that hard. While directing, you are sort of acting, as you are guiding actors. It helps you as a director because you know where the camera is and what the camera needs.

Was it difficult for you to apply the practical knowledge gained from studying abroad in Pakistan, considering that we are not so receptive to western filmmaking?

The technique and standards here are different. It gave me an advantage considering that it is easier to adapt once you have the set guidelines.

What is your style of direction?

My ideal genre is science fiction. Pakistan is not there yet with sci-fi films but I try to incorporate its elements wherever I can.

In your view, what needs to improve direction wise in our films?

I am neither experienced nor knowledgeable enough to know what Pakistan lacks in terms of direction. To each, his own. Everyone has their way of directing. No one’s style is bad or less than someone else’s. It just varies.

Is quality content seldom created in our industry considering that we give more precedence to box office digits?

Yes, but it isn’t affecting us a whole lot. At this stage in our industry, we need to produce films that offer greater returns so we can get to a point of making parallel and alternative cinema movies. We can’t create such films unless we prove that our industry can earn maximum profits.

We emphasise a lot on comedy. Why aren’t we experimenting with other film genres?

We like our movies to have all the masala. It ranges from comedy, romance, drama and action. Our audience responds well to such projects.

Moving on to your newly released film ‘Parey Hut Love’. Tell us about your role in the movie.

I play Hasan, an expat who lives in Turkey. He visits Pakistan after 20 years and is engaged to Saniya (played by Maya Ali). He is the opposite of Sheheryar’s character, who has commitment issues. Hasan knows what he wants; he is a gentle soul.

Your biggest achievement this year?

‘Parey Hut Love’ was definitely a huge achievement for me. I forayed into mainstream cinema with this project. I did ‘Slackistan’ in 2010 but it was a small-scale indie film.

What do you hope to explore further?

The writer is a model and an actor. He can be reached at haiderrifaat95@gmail.com