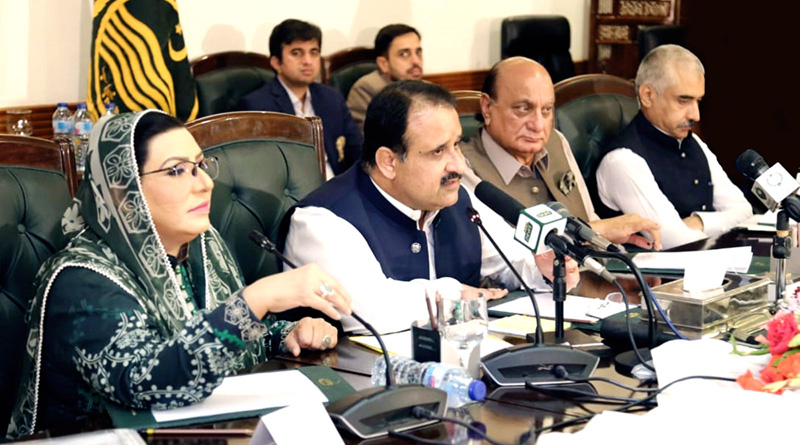 Prime Minister’s Special Assistant on Information and Broadcast Dr Firdous Ashiq Awan on Monday said Friday’s half an hour protest to highlight the plight of Kashmiris has attracted global attention and echoing of the issue in the European Parliament was a proof of Pakistan’s successful diplomacy.

She said the unprecedented sacrifices of the people of occupied Jammu and Kashmir and the sincere diplomacy of the Prime Minister Imran Khan across the globe have started yielding positive results.

In a tweet, the SAPM said that today the world was raising voice in favour of oppressed Kashmiris along with Pakistan.

She said that despite efforts by India, neither the voice of the Organisation of Islamic Cooperation could be silenced nor the United Nations Security Council meeting could be postponed. Firdous said the world had rejected Indian’s claim that Kashmir was its internal matter.

Chairing a meeting regarding ‘Police Reforms in Punjab’ at the Chief Minister’s Office, the prime minister asked Inspector General (IG) Capt (r) Arif Nawaz Khan to take strong measures and control such crimes in the shortest possible time, she told the media.

The IG briefed the prime minister on the reforms being introduced in the Punjab Police to improve its image and performance.

He also wanted to check any exploitation of women at police stations and directed to give due respect to them as per social and religious values, she added.

Responding to queries, she rejected the disinformation that the government had written-off loans of some businessmen.

The special assistant assured the journalists that she would meet the media house owners regarding uncalled for laying off of media workers.

Meanwhile, Punjab Chief Minister Sardar Usman Buzdar on Monday said that due to the concerted efforts of Prime Minister Imran Khan, the Kashmir issue had been highlighted at every international forum.

He said that Indian PM Narendra Modi’s illegal action to change the special status of the Jammu and Kashmir has posed a serious threat to the region.

He said that time is near when Kashmiris will get freedom from Indian occupation. India can no more fool the world, he held.

On Sunday, in order to promote cause of Kashmir, addressing the Muslim community of North America in Houston via video call, the premier said Islam is a religion of peace and teaches to live with peace.

“The act of one person cannot be attributed to that of whole community. Islamophobia is increasing across the world”, he continued. The prime minister said Muslim places of worship were also attacked in Europe.

Referring to the situation in Indian held Kashmir; he said Kashmiris are under siege for the last one month.

“The current Indian regime is a follower of RSS, a hatred and supremacist ideology”, he said and added that West will have to understand the philosophy of RSS in order to think clearly of this problem. The same philosophy led to the carnage of Muslims in the Indian state of Gujarat earlier.