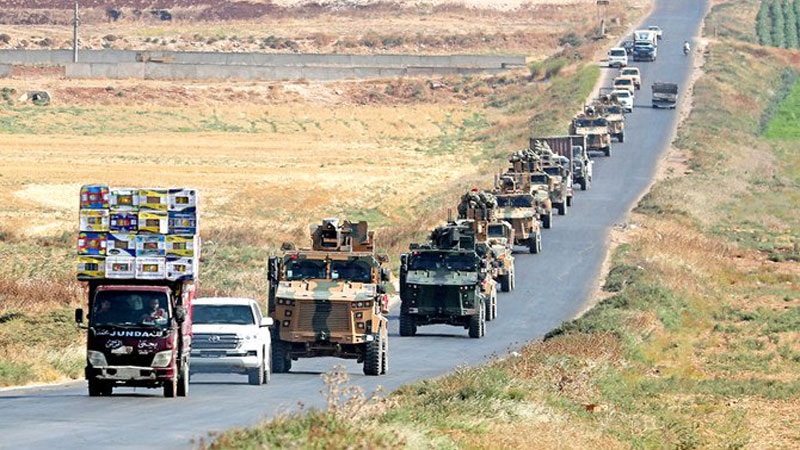 A fragile Russian-backed cease-fire was holding on Sunday in Syria’s violence-plagued northwest, following months of heavy bombardment of the anti-regime bastion, a war monitor said.

Regime and Russian warplanes have not been seen over Idlib since a unilateral cease-fire went into effect at 6 a.m. on Saturday, he added.

But the Observatory head did report some “skirmishes” in Idlib, where regime forces have been battling fighters of the Hayat Tahrir Al-Sham (HTS) alliance and allied opposition groups.

HTS, Al-Qaeda’s former Syria affiliate, controls almost all of Idlib as well as parts of neighboring Aleppo and Latakia provinces.

The area is one of the last holdouts of opposition to forces of Syria’s Bashar Assad.

The region of some 3 million people has been hit hard by four months of bombardment by the regime and its ally Russia.

More than 950 civilians have been killed since the end of April, according to the Observatory, which relies on sources inside Syria for its information.

The truce is the latest Russian-led effort to avert what the UN has described as one of the worst humanitarian “nightmares” in Syria’s eight-year conflict.

It is the second such agreement between Assad’s regime and opposition since Aug. 1. But on Saturday, an Assad adviser said that the cease-fire was “temporary.”

Just hours after the cease-fire went into effect, regime bombardment on the Idlib town of Kafranbel killed one civilian — the first casualty recorded by the Observatory since the start of the truce. Two regime loyalists were reported killed when their car was targeted by opposition and militant fighters along Idlib’s southern border with Hama, according to the war monitor.

Also on Saturday, the US Defense Department said a US strike targeted Al-Qaeda in northern Idlib province.

The Observatory said the missile attack hit a meeting of Al-Qaeda leaders at a base near the city of Idlib, killing at least 40.

Russia accused the US of having “compromised” the cease-fire with the “indiscriminate” attack.