* 71,000 policemen and 8,000 Rangers personnel will be deployed across the province during Muharramul Haram 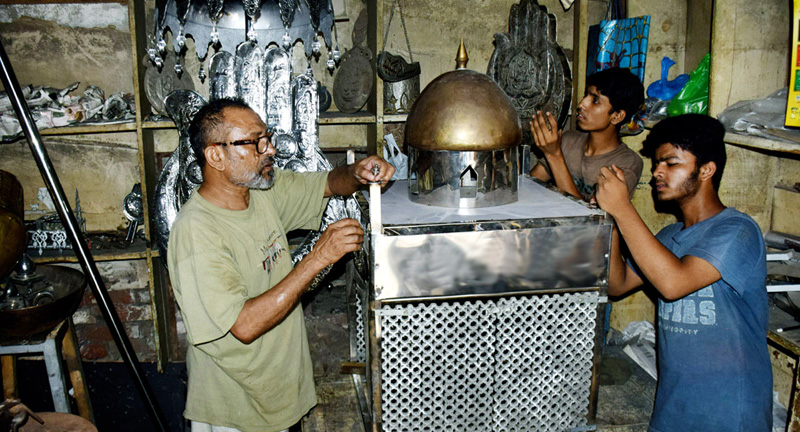 In a high-level meeting assessing law and order and the security situation of the province during Muharramul Haram, Sindh Chief Secretary Syed Mumtaz Ali Shah on Monday directed the district administration and law enforcement agencies to take strict security measures for implementation of the code of conduct during Muharram to maintain peace and sectarian harmony.

The meeting offered Fateha for the late Khanpur DSP Rao Shafiqullah who was martyred during an operation to recover Sindhi folk singer Jigar Jalal in Shikarpur.

Sindh IG Syed Kaleem Imam and the Karachi commissioner briefed the meeting on security arrangements and administrative measures, respectively. The IG stated that there meeting that there were 2015 Imambargahs in the province, including 342 in Karachi, 590 in Hyderabad, 138 in Mirpur Khas, 107 in Shaheed Benazirabad, 374 in Sukkur and 464 in Larkana divisions. The Sindh government would provide complete security to every Muharram procession by deploying over 71,000 policemen in addition to some 8,000 Rangers across the province.

Commissioner Iftikhar Ahmed Shehlwani stated that he held separate meetings with the authorities of KE and Water Board and had directed them to ensure uninterrupted supply of electricity and water during the month of Muharram. All divisional commissioner and DIGs had also informed the meeting about the arrangements being made for Muharram.