Can we realise the true meaning of independence with an unchecked population? The answer is a simple no. Population growth and individual liberty have deep links. The more a country is populated, the lesser its citizenry free, the higher their vulnerability and higher are instances of bonded labour. In today’s world, quality of life matters more than the quantity of heads. Gone are the days when bigger armies were needed to conquer the world. Today’s world is a world of ‘knowledge economy’, and knowledge as a commodity has become a lucrative business in itself. You get a better quality if you have a good purchasing power; otherwise, you fall behind the race.

Brain has always ruled the body, notwithstanding the latter’s might. Flipping pages of history at a cursory glance equips us with sufficient evidences to corroborate the statement. Zaheer-ud-din Babur, the first Mughal King, defeated, through better skill and military tactics, Ibrahim Lodhi’s forces that were ten times higher in number than that of his own. Indians were subjugated by a small trading company, the East India Company, and were ruled by a minority of white men for more than a hundred years with the advanced knowledge they put to use. South Africans were ruled for more than three hundred years by white supremacist Afrikaners with clever use of knowledge at hand. Although subjugation and persecution of oppressed nations is unjustifiable, it is a reminder that knowledge has the same power and mankind has the same intentions even today. 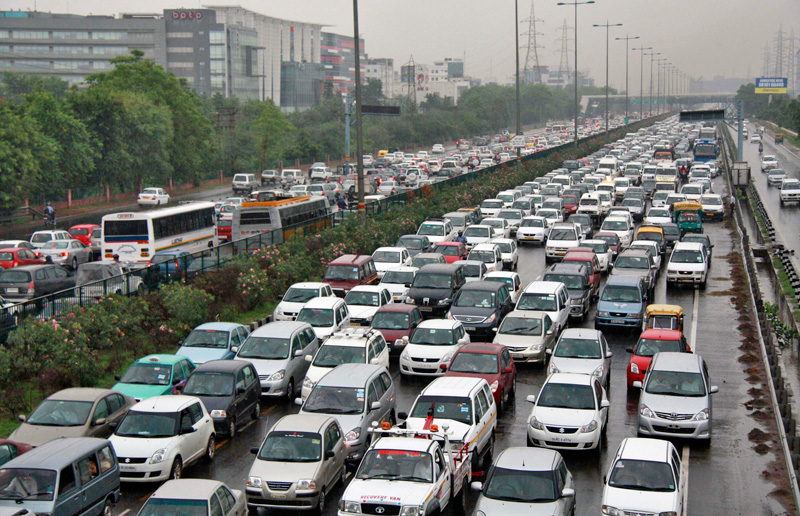 The present day world is also ruled with the double-edged weapon of knowledge. The United States of Americawith the most top universities globally, better quality of research, and a higher number of natural and social scientists has kept a tight grip over the world’s economy and politics. Realisation in highly populated countries like China, India, and even Bangladesh, has reduced their global bondage. Malaysia, under the dynamic and creative leadership of Mahathir Muhammad, rose to prominence through the force of knowledge. Crown Prince of Saudi Arabia has realised that oil economy can collapse anytime, and has, therefore, been in a quest to diversify Saudi economy through a series of reforms, including foreign direct investment in countries like India, the ‘arch rival’ of Pakistan.

It is knowledge that has promoted aid politics to hijack the foreign policy of weaker countries with burgeoning populations. The International Monetary Fund is also an effective tool in the hands of the neo-colonist forces to entangle such countries in a vicious circle of foreign debt. Even bilateral economic packages that Pakistan has been receiving from Western powers, especially the USA, since 1954, further tighten the chains of slavery for individuals in the country. Pundits of political economy, following China’s modus operandi in Sri Lanka, also see China’s economic ambitions in Pakistan with suspicion. The Pakistani elite blows the glorious trumpet of these ambiguous aid and trade deals because local and global bourgeoisie share the same interests and their collusion is no secret. The loser, in such cases, is the majority: the common man.

The United Arab Emirates and Saudi Arabia had long been supporters of the Sunni ideology in Pakistan to counter the influence of their rival, Iran, in the region

Apart from the said factors, freedom of the huge segment of the population of any country is also reduced by natural and man-induced disasters. Vulnerability of such populations in flash floods, earthquakes, storms and famines is much higher owing to the inability of such states, with meagre resources at hand or lack of political will and corruption, to carry out environmental risk assessments or implement them in letter and spirit. There is no risk assessment or its implementation in highly congested cities of Pakistan like Quetta, which geographically sits on a seismic fault line, hence rendering around three million people vulnerable to sudden death and morbidity.

Districts in Balochistan like Naseerabad and Jafferabad, which are prone to flash floods, have seen no risk assessment and its implementation by the Disaster Management Authority. They are, perhaps, waiting for a disaster to occur and then to respond to a catastrophe, coupled with calls to the international community for assistance. Not many pre-risk management measures seem to have been properly implemented in Pakistan.

Wrath of the nature aside, man-induced disasters are no less destructive for large and vulnerable populations. Mismanagement of political crises in the country has led to many lethal wars, insurgencies and virulent ideologies that have made it difficult for the common man to breathe in freedom. Concepts of global terrorism and the response of neo-imperialist forces to various armed groups have made it difficult for the populations in the third world countries to enjoy the dividends of scientific knowledge, information technology and democratic practices. To put it in Hobbes words, for them life is short, brutish and nasty. Amid such unfavourable circumstances, the proxy wars among states have further made poor populations fuel for wars and vested interests of the ruling classes.

All armed groups, fighting a state under one banner or the other, mostly use poorly educated or uneducated youth as fuel for their virulent ideologies. They, as a result, face a violent death at the altar of the vested interests of their handlers. Had they been properly educated, they would have been doctors, engineers, educationists and scientists. Among them are, in the words of Nelson Mandela, chiefs who will never rule because they have no power to govern themselves, soldiers who will never fight for they have no weapons to fight with, and scholars who will never teach because they have no place to study.

The United Arab Emirates and Saudi Arabia had long been supporters of the Sunni ideology in Pakistan to counter the influence of their rival, Iran, in the region. As a corollary, a blood theatre of sectarian violence has engulfed Pakistan and has devoured many innocent and precious lives. However, when it comes to interests, the same states that had been playing bloody politics in the name of ‘Ummah’ have reached multibillion economic deals with the archrival of Pakistan-India. Knowledge economy, economic stability and peace coupled with industrial growth in India have compelled principalities like the UAE to confer their highest civilian award on the Indian premier and extend charity to Pakistan.

In these instances, Pakistan has a lesson to learn: that if national dignity, freedom and individual liberty of its population are desired Pakistan has to invest in its human capital. For that to happen, a vigilant eye on the unchecked population growth is sine qua non. Without a reasonable population growth rate, it becomes next to impossible to feed so many mouths, let alone educate them and make professionals out of them.

The writer is a former Balochistan correspondent for Daily Times, Pakistan