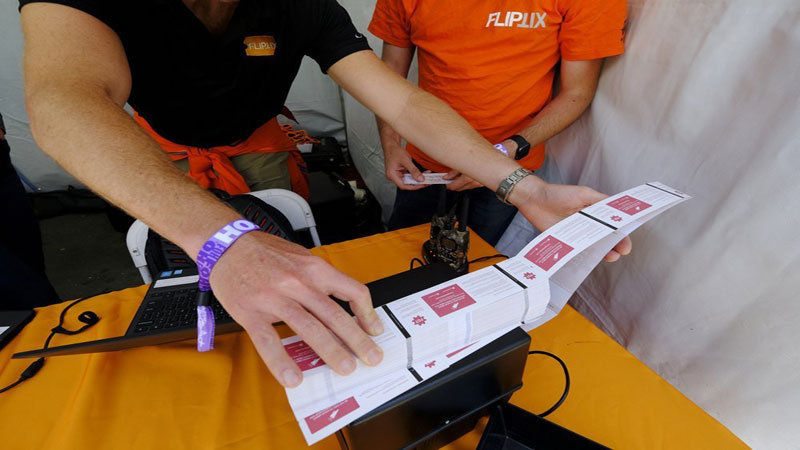 Event organizers hoping to eliminate ticket scams and huge markups in the secondary market are increasingly turning to companies that use technology to allow fans to buy and resell their tickets while putting caps on prices.

Partnering with such companies allows event organizers to take control of the resale of their tickets. Fans who can’t go can return their tickets, which can be reissued to someone who wants to go, helping ensure that venues are filled with fans.

“As in many other areas of our economy, technology is racing ahead to try and address some of the issues that we and others have identified – and any consumer who has tried to buy a ticket recently can probably attest to,” said John Breyault of the National Consumers League.

The US ticketing industry is sporadically regulated: Pursuit of those who violate the law by using ticket-buying software known as bots is rare, and laws capping the resale price of tickets are difficult to enforce.

“I think it’s great that there’s a lot of entrepreneurial activity in this space because this market is pretty broken, but I also think some government intervention would help too,” said Eric Budish, a University of Chicago economics professor.

Sound Nightclub in Los Angeles decided to work with London-based mobile ticketing company Dice to make sure that fans pay the price they’ve set – usually $15 to $30 for musical acts – and don’t end up with fake tickets.

“We make a really, really concerted effort to keep our ticket prices as low as we possibly can to make sure that people have a good fan experience,” said Megan Gaver, director of operations at Sound Nightclub.

Tickets to events are bought on the Dice app, then delivered and linked to the buyer’s cellphone. If an event sells out, a waitlist starts. Ticketholders who can’t make it can return tickets for a full refund. The app also lets someone send their ticket to a friend.

“We just cut off the scalpers’ supply completely,” said Shanna Jade, head of music for North America for Dice.

The secondary market, though, does give those buying and selling tickets options: Sellers can pick the asking prices, and buyers may be able to find tickets at below face value.

Aimee Campbell, a spokeswoman for StubHub, the world’s largest ticket marketplace, said that on average, about half of their tickets sell for face value or below. She also said the notion of face value is “becoming fairly obsolete” as some primary ticket sellers have started adjusting ticket prices based on demand.

“We do believe that an open market – where the market sort of figures itself out – is going to ultimately be better,” Campbell said, adding that her company offers guarantees to buyers and sellers.

With the San Francisco-based online ticket exchange Lyte, those returning tickets to sold out shows are offered a price – usually a full refund though sometimes a bit more or a bit less, depending on how oversold they are, said CEO and founder Ant Taylor. Tickets are resold at price lower than they’re going for on the secondary market, he said.

“What actually ends up happening is the scalpers who are sitting in the secondary market are having a much harder time finding buyers and making money,” Taylor said. “And so it has the effect of actually driving those crazy secondary market prices down.”