Indigenous vegetables and food of Thar 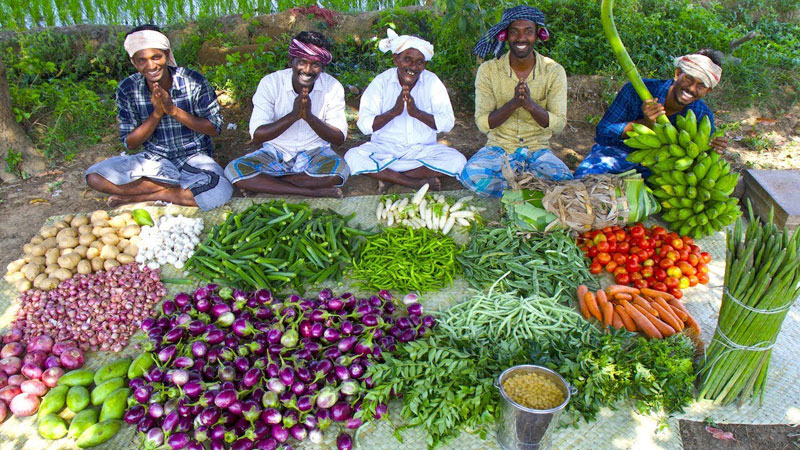 The beauty of Thar Desert is beyond imagination, measurement and comparison. It is said that Thari people are lovers of rain and wait long for rain to slake the thirst. But growers become happy and exhilarated after adequate rainfall because their livelihood only depends on farming and livestock. It means that rain is the greatest source for thari people. In drought conditions, the farmer community migrates to barrage areas in search of food and pasture for their cattle and families. After hearing of rainfall, they come back from barrage areas to dwelling with their livestock and families and then cultivate the fields with plow and leave their cattle for grazing in the meadows.

These vegetables and foods grow after two or three weeks of sufficient rainfall.

Along with cattle become happy enough after rainfall because various sorts of grass grow and they eat them fondly.

These indigenous vegetables and foods grow naturally after rainfall and people do not sow grain for these products.

CARALLUMA — it is a shrub and grows in the form of clump with several leafless branches. Its taste is somewhat sour. People make vegetable and people eat it with salt because it becomes tastier with salt.

MUSHROOM — it is not a plant but it is a fungus and considered an edible vegetable. It grows in plain desert after rainfall when clouds break out and sunlight touches sandy dunes of Thar at early in the morning.

It grows alone and in scattered form across the desert. It cannot grow during rain and in cloudy weather.

There are various types of mushrooms. Some are edible while others are not edible, and some may be poisonous. So before making the dish of mushrooms, one should confirm whether it is edible or not.

People of Thar make vegetable and its taste is like fried chicken curry.

Thari people eat it fondly. It is a cholesterol free dish.

AMARANTH — it is a herb and grows after rainfall above the ground. It bears leaves.

People make vegetable and curry (liquid dish). It is being cooked like spinach vegetable.

It makes the digestion well after eating.

First, It seems green growing and after maturing, it turns brown when ripe. When the grain at the top is ripe, people used to collect grains and then grind them to make flour for eating in seventeen decades ago.

It grows the same way as above mentioned plant Cenchroide common name (bhurt).

Thar is fertile desert of the world.

Many sorts of seasonal indigenous vegetables and fruits grow in the Tharparkar desert.

Artificially fields are being plowed with the crops of millet, maize and sorghum. These are cereal crops. Most Thari people grind these cereals in a hand-made machine to make flour. After cultivation, some people sell the grains in the market to get money for their other wants and needs.

The writer is a teacher and an activist. She can be reached at chandanidolat@gmail.com