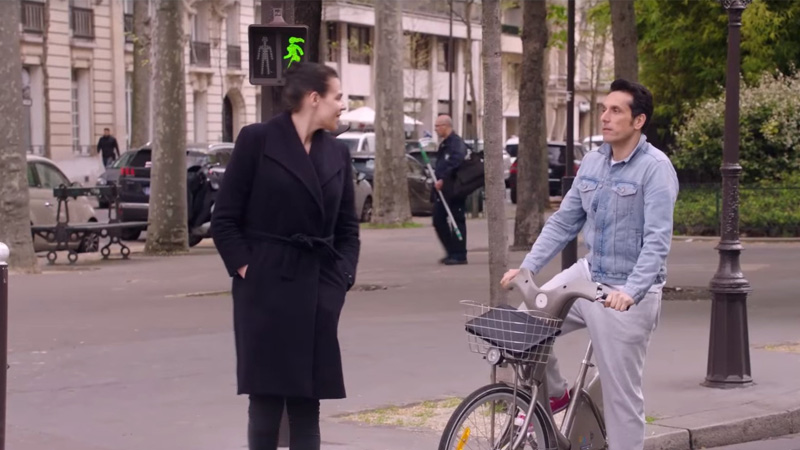 Have you ever seen a world where women will open the door for men? Where men run the organization which demands their rights, where a man gets bothered by a woman on the streets? If you want to then the Netflix film “I am not an easy Man” is for you.

It is a French romantic comedy directed by Éléonore Pourriat. The film stars Vincent Elbaz a womanizer who got himself into trouble when he gets stuck in a world ruled by women,. The film was released worldwide on April 13, 2018, on Netflix. It is the second French-language Netflix original film after” Blockbuster” and the first French-language film commissioned by Netflix. The film finds its origins in ‘Oppressed Majority’, a 2010 short film directed by Eleonore Pourriat, about a stay-at-home-dad who experiences sexism in a parallel, female-dominated world and eventually becomes the victim of sexual assault. In 2014, after being released on a video-sharing platform YouTube with English-language subtitles, the short garnered international attention and Pourriat was approached by Netflix to develop a new, larger project on the initial premise. Portrait initially wanted to make a series, but, with the help of her producers, Eleonore Dailly, and Edouard de Lachomette, she and Netflix eventually agreed to produce a feature-length romantic comedy.

The film premiered on Netflix on April 13, 2018. Following French laws on digital film distribution, the film was not scheduled for theatrical release in France, to be immediately available online. Pierre Bénézit, the lead actor of Oppressed Majority, played as supporting character Christophe in I Am Not an Easy Man. 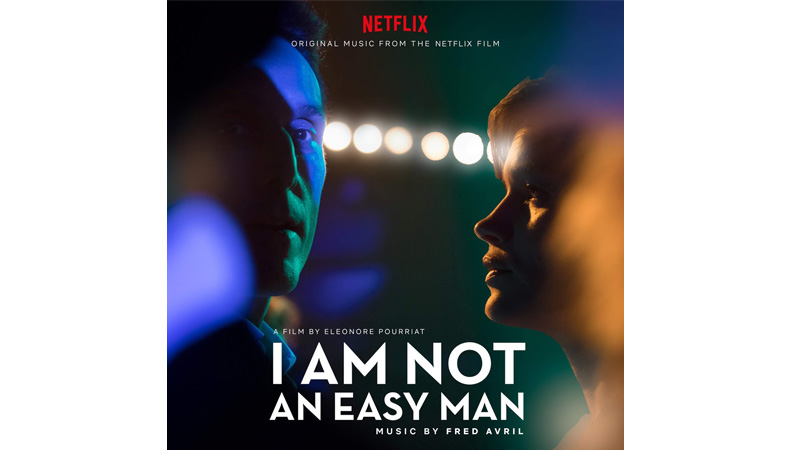 The movie opens with a scene that is satirical and painful at the same time. A little boy is trying to impress a girl by choosing the role of snow-white. When he comes on the stage, People start laughing at him, after that shot we see a man explaining this humiliation to his psychiatrist. The point was to show how childhood trauma can shape the adulthood and personality ahead.

This man named Damien now turns into a guy who is flirting around the girls, making them feel sick because of his attitude. It is a story of a womanizer. He keeps making the woman uncomfortable with his comments. One day he gets hit by something, on gaining his senses back, he observes that the world has changed. He finds himself in a parallel universe. A man who is spoiled by patriarchy wakes up and finds it very odd to see a world governed by a woman.

A world where everything has switched. Even his wardrobe is broken; it does not have any pants all he has left with a female type of clothes. He goes to the office. It is transformed. There is more woman in the office than man, he is no longer boss, his female co-worker is his boss now. She tries to sexually harass him earlier in the patriarchal scene Damien was hitting on her. This is the brilliance of the direction, along with gender roles, some specific scenes reverse the functions and the dialogues of characters.

In this matriarchal world, he falls for a woman who is a successful writer. He works for her, things became difficult for him having the conscience of patriarchal superiority while living in a matriarchal setting. Because of a complete shift in gender roles economy is no longer run by a man. Everything is regulated by women. The man wearing scarfs are discriminated by woman, men are the one who cooks meals and takes care of children. Along with the gender roles, the privileged positions have also changed, the woman is now at a higher place. Men’s lives are controlled by women, they are objectified, and the business of capitalism is conducted by men’s bodies. They wear shorts, go through waxing. The posters on the walls are of the objectifying men for commercial.

The lead character is watching a movie in which the man is trying to please the partner. A point comes when Damien says to his girlfriend, ” imagine a world where woman dress for me,” and she replies, oh, that’s disgusting.”Making it look like he is foolish to even think about it.

When Damien is thrown out from his office, his friend’s wife suggest him

“You can sue them, but its plight will take forever, but what you can do is to enlist the support of the masculist group that fights against the discrimination of men at the workplace.”

More interestingly, he joins the walk for men’s rights in this reverse reality. Women justify their prejudice arguing just like the man that she has a son, father and she only has male pets which means she does not discriminate men. The movie has rated offensive by man. One of the main reasons is that it does not only threatened the idea of masculinity. It also makes them feel how hard it is to live an oppressive dominated society controlled by their opposite. The concept of self-accountability is maybe threatening to men. The film has skilfully swapped gender roles. The man became a persona of ideal clichéd woman, the sensitive one, take care of her skin, who depend more on man for validation. All the men became this persona of the ideal woman.

Women, on the contrary, become the sole providers, they fight on bars, objectify men, exploit them, and they are the bosses of the offices. They give birth to the babies in standing to show here power. They took advantage of men at the workplace and are not loyal to them. The woman has been condemned by man for not showing up. The film is putting a man into a woman’s shoes so they can realize how it feels to be a woman in a patriarchal society. By the limit it has offended man it has fully achieved its objective.

What I like about the film is its way of subverting reality. Whenever a stereotype is overturned it became funny, This film did its best to subvert the stereotypical roles of men and women, which makes it strange and politically incorrect and witty. The problematic thing about this movie is its way of dealing with the idea of matriarchy. I do not think if the world ruled by women would turn out to be as crucial, as violent as men. It is the cliché-ridden concept that an oppressed will turn into an oppressor. The movie addressed to the men with an intriguing premise, and the complexity of satire makes it a remarkable narrative to make an influence on men, put them in a position where they least presumed to be and that is the position of the oppressed.